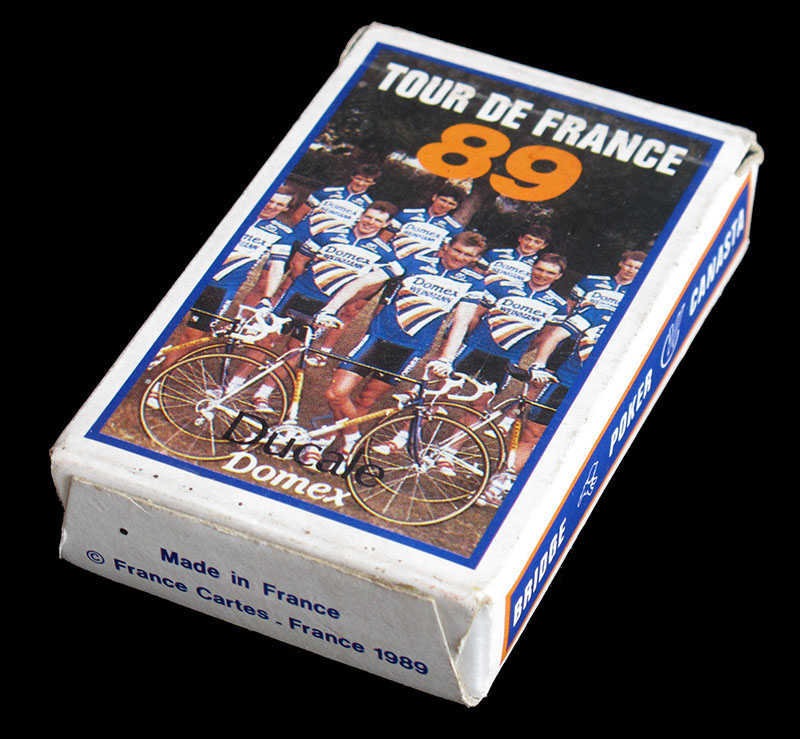 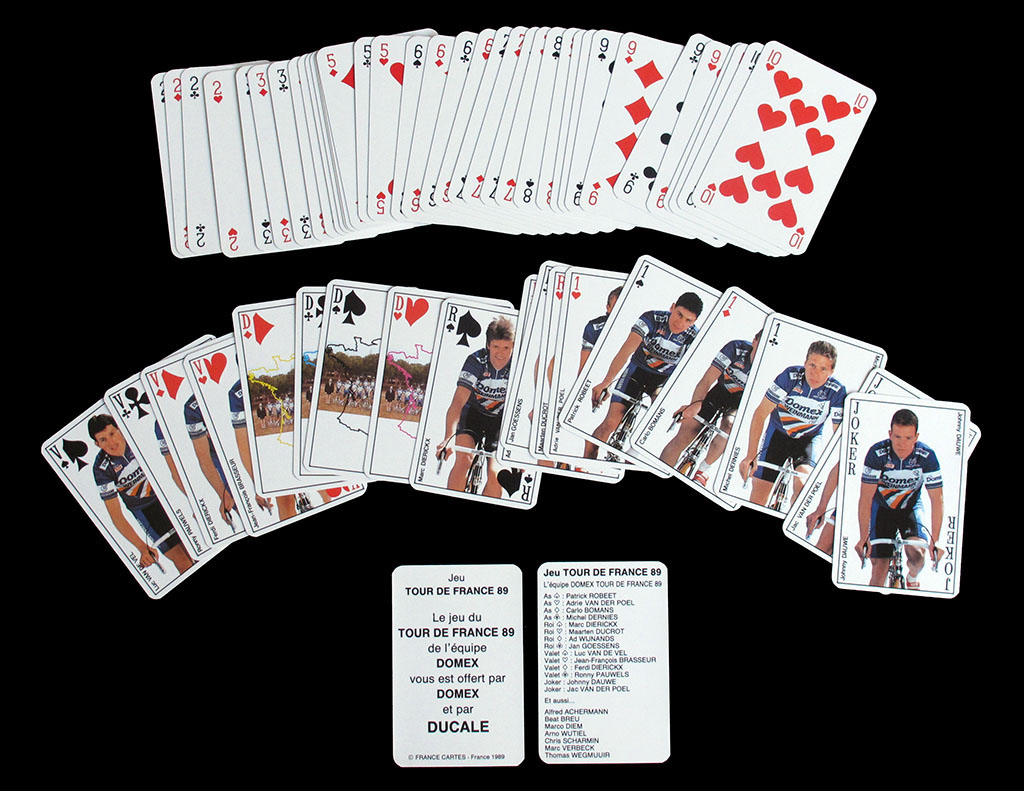 This deck was manufactured in France by Ducale (which was subsequently absorbed by France Cartes SAS/Cartamundi, as many other French card makers). This poses an interesting question about which is the country of origin of the game. I have chosen Belgium, but you may disagree. 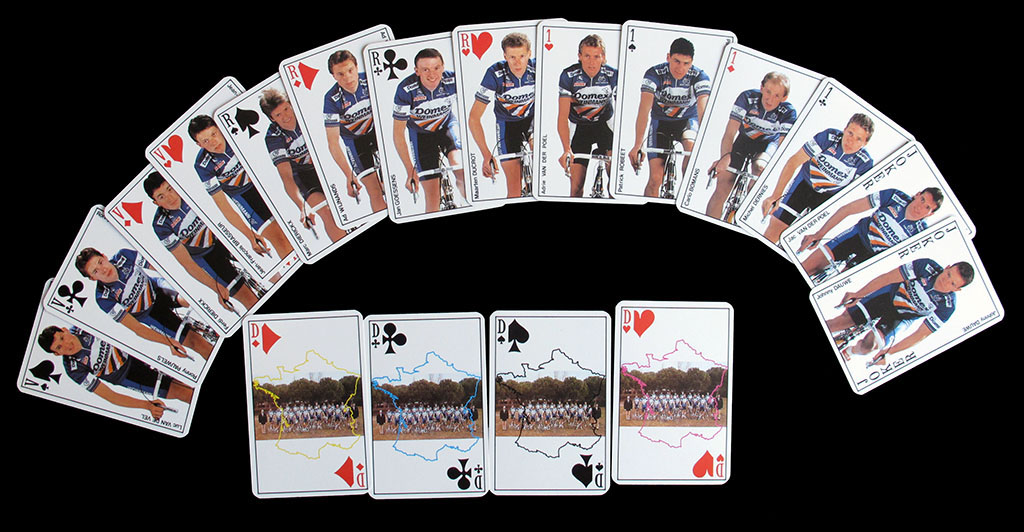 Only jokers and court cards minus the queens represented riders, which means that only 14 cyclists were represented, while the team had some more cyclists. Probably someone thought that it was not a good idea that some riders were represented by queens. I am afraid that this can only be described as homophobia. (Of course, we must keep in mind that this was 30 years ago, and fortunately some things have changed. Compare it to this recent deck). 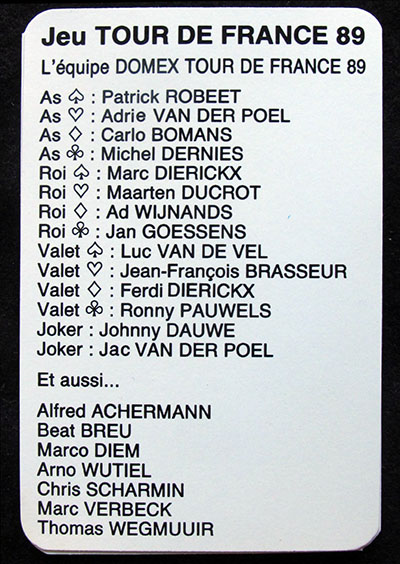 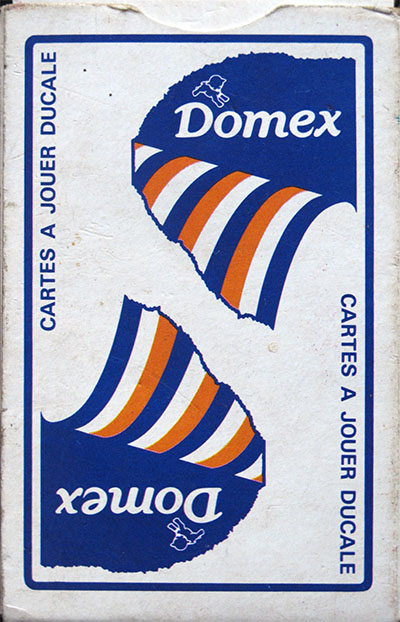 This deck, unfortunately, does not appear to have brought good luck to the team. Their performance during that 1989 Tour was quite poor. Adri Van Der Poel was out of the race after only 9 stages and their best rider in the GC was Beat Breu, 21st at 38min 35sec. Remark that Breu is NOT featured in the deck, not even under "et aussi..."