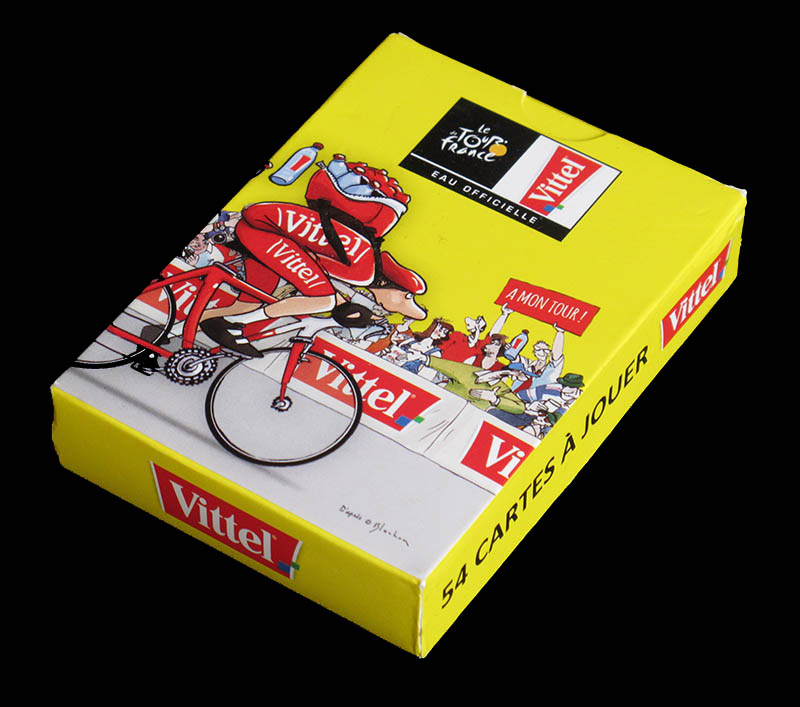 This is a promotional deck from one of the Tour de France official sponsors. There are a number of similar decks issued by different sponsors in different years (check this one, for instance) and they only have a slight relation with the contents of this site. In this case, the Tour de France logo and a cycling-related  illustration on the box and back of the cards. Not much really. 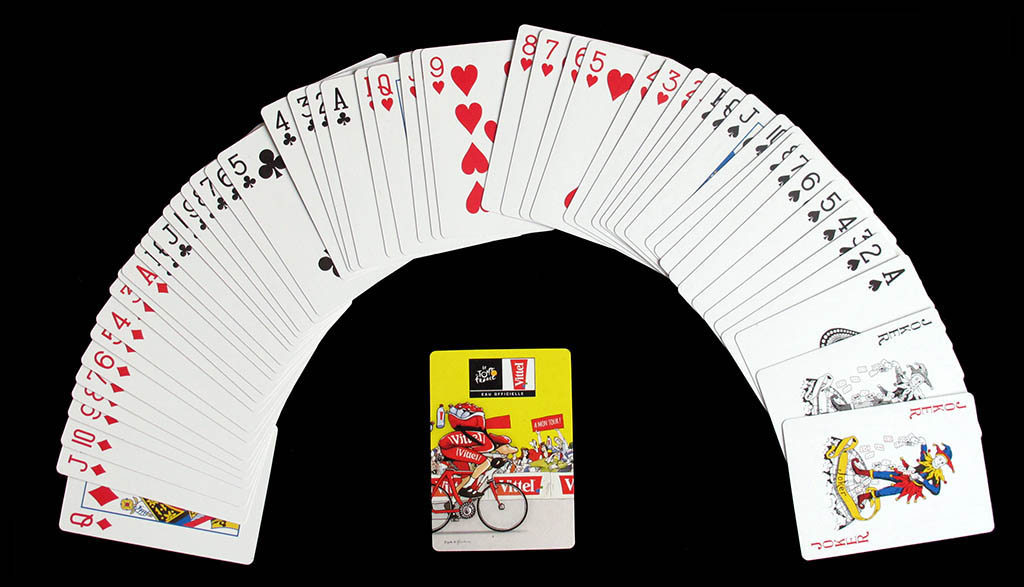 I used to include these decks in the site only if the cycling reference was on the front of the cards (that is, in the playable part of the game), but it looks like I have changed my mind.

At least, this one has some information about its origin.