Every once in a while, someone organizes an exhibition of Cycling Board Games, or one where these games are prominently featured.

Curated by yours truly, we will display cycling games that are over 100 years old. 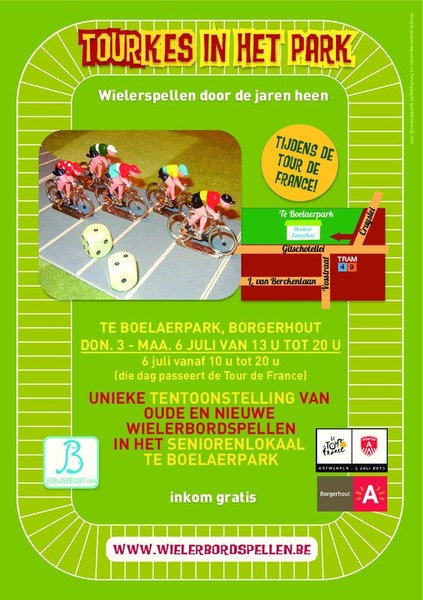 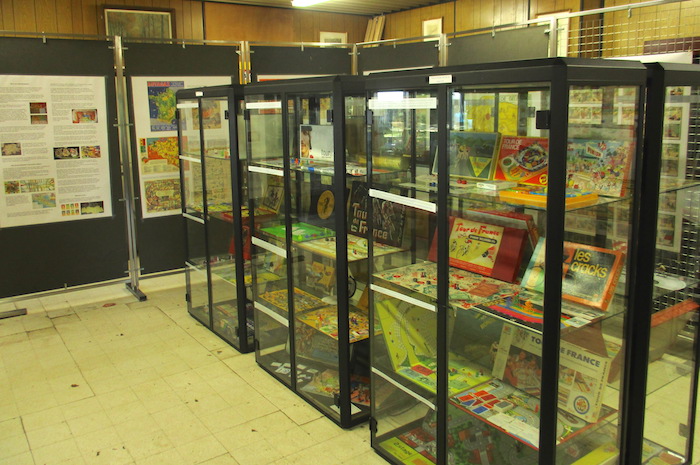 See more pictures of the exhibition on Ludo's website

A new exhibition of cycling figurines and games organised by Pascal Orsini at Chalons-Sur-Champagne. I could not attend this one, but you can see many more pictures by clicking on this link: 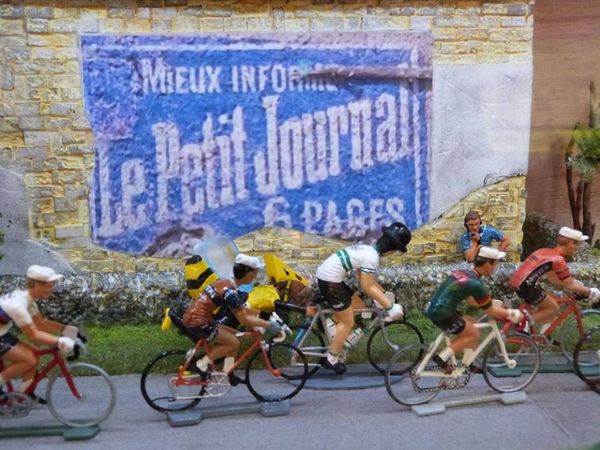 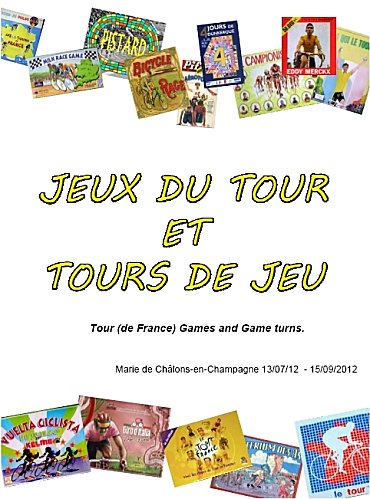 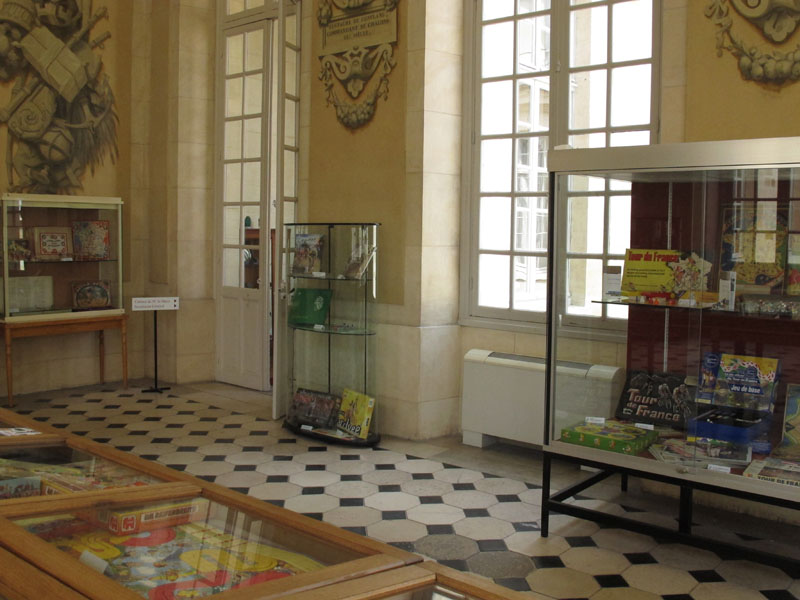 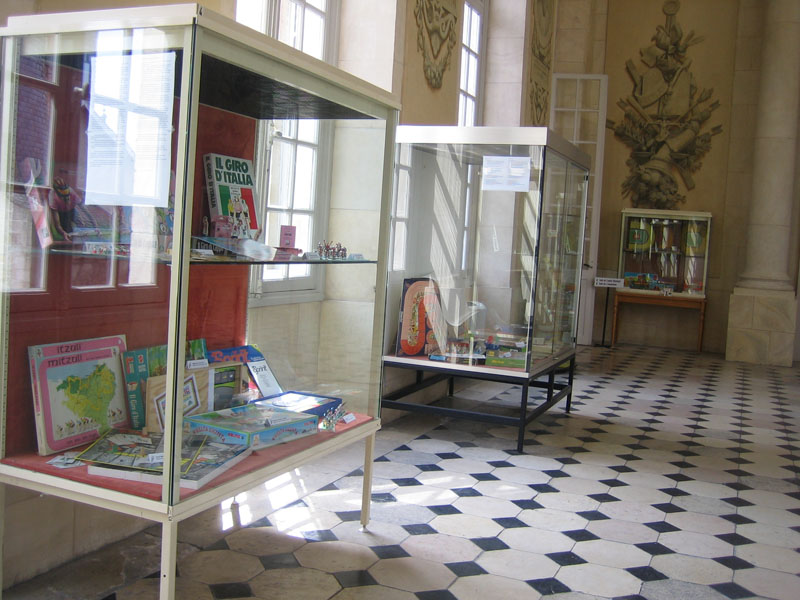 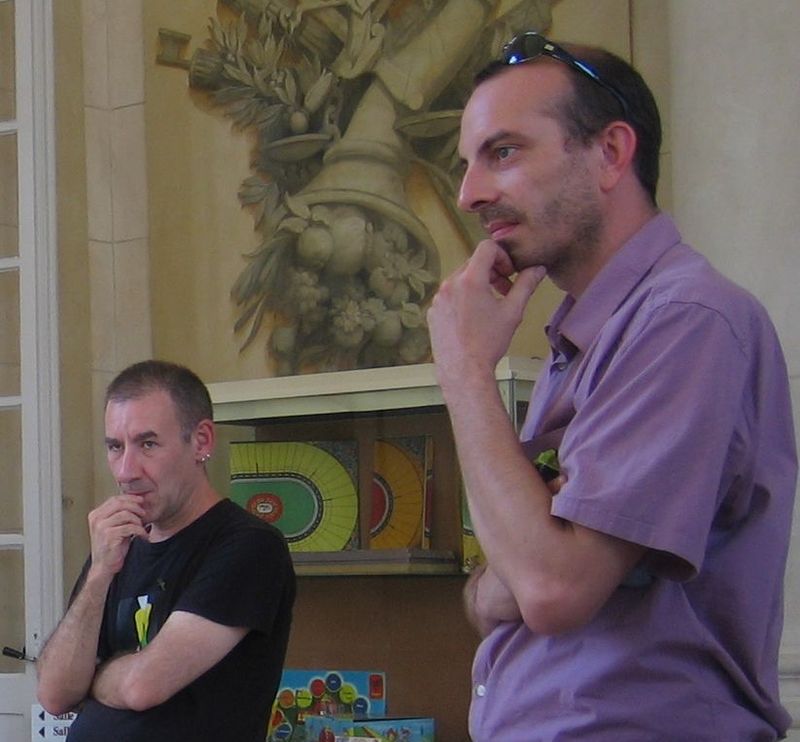 Anki & Pascal, thinking about cycling games (or maybe about the wall decoration) 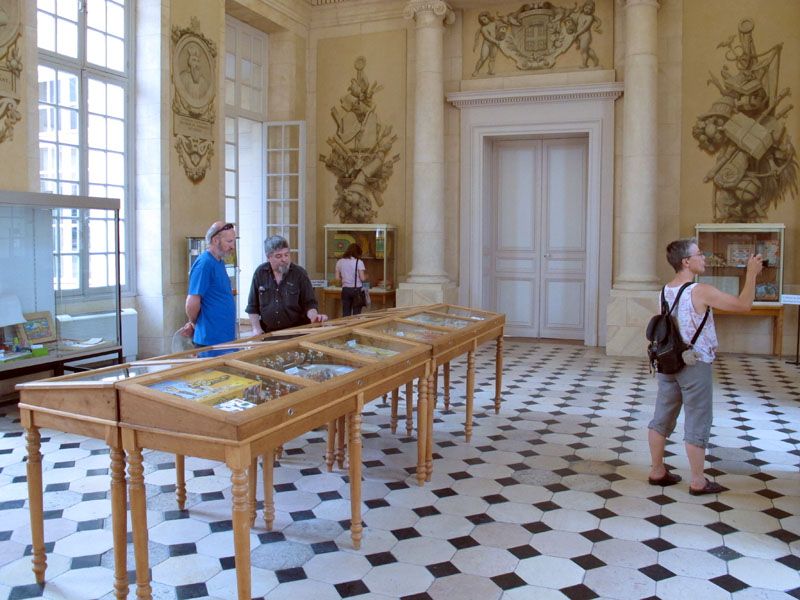 Exhibition of the best of Geert's collection, including some cycling games, of course. 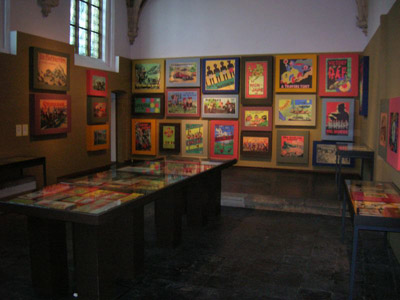 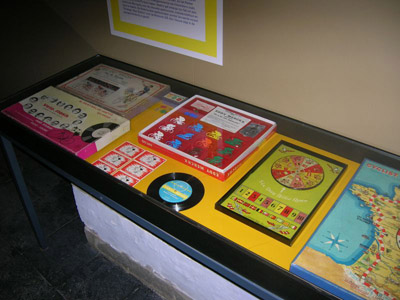 2008 WHAT DO CYCLISTS DO WHEN IT SNOWS OUTSIDE?
february, St. Bonaventure University (USA)

Dennis Frank set up this display at the library of St. Bonaventure University and was kind enough to send some pictures. 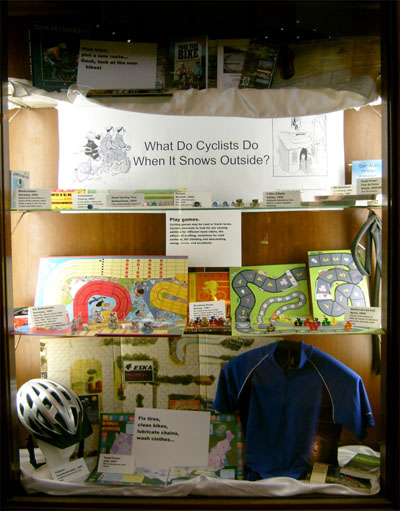 I showed (part of) my games at the Museu del Joguet de Catalunya . Click here to know more about it and see more pics. 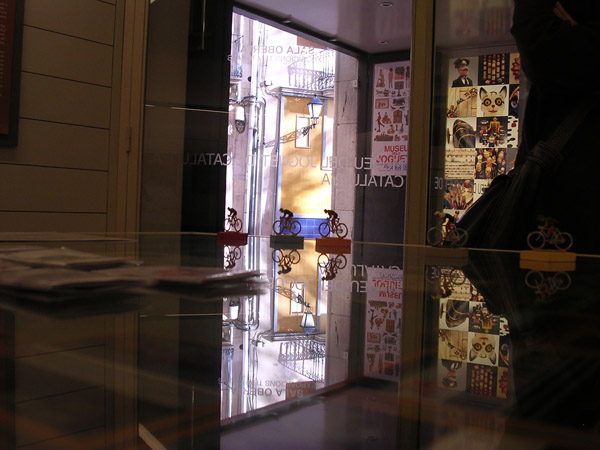 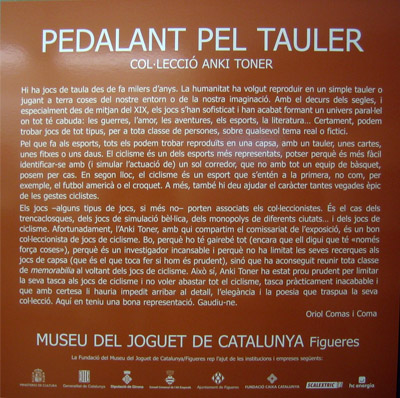 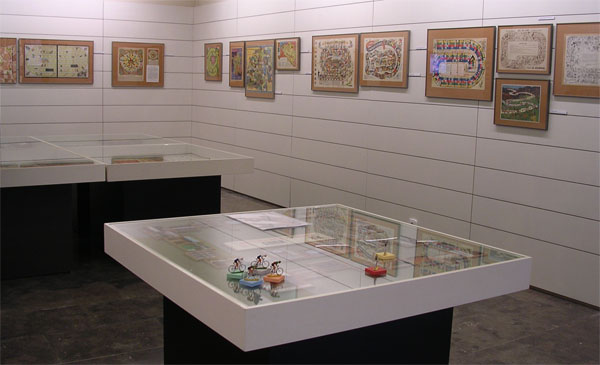 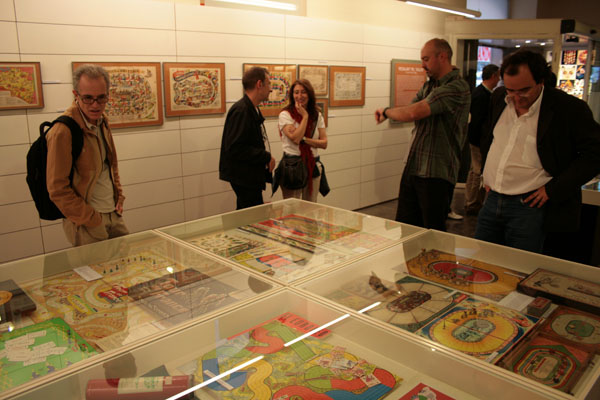 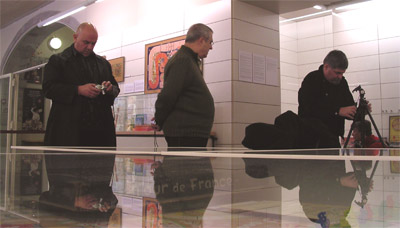 Since Gent was a stage end in the 2007 tour, they organized an exhibition of Tour related photographs and games. The games were from Ludo Nauws collection. 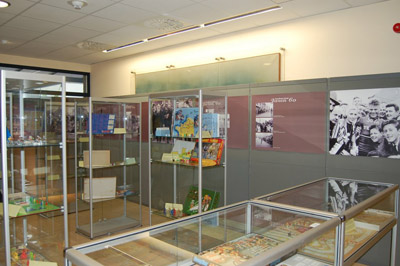 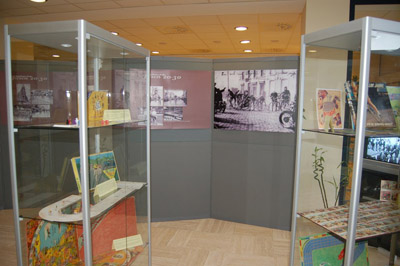 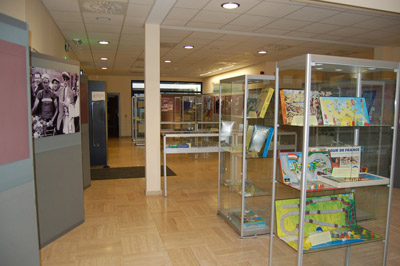 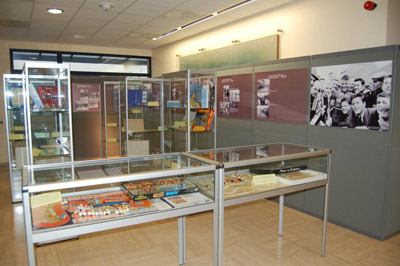 The late Geert Lagrou commemorated the 10th anniversary of his gaming club at Veldegem with a show of his personal collection. Some of his friends brought some rarities too. 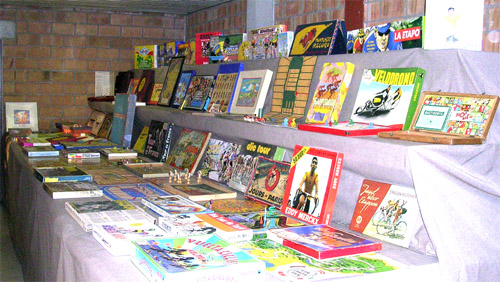 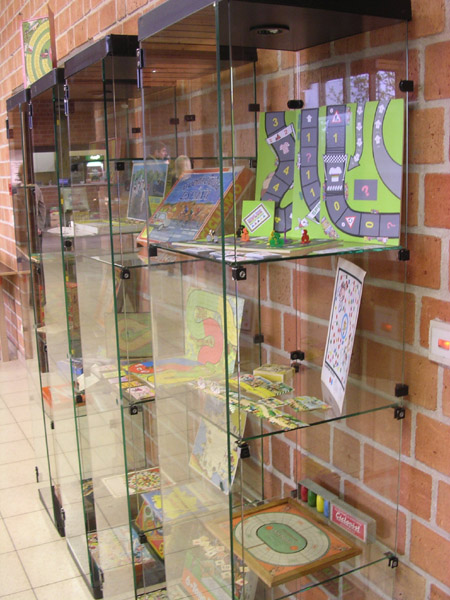 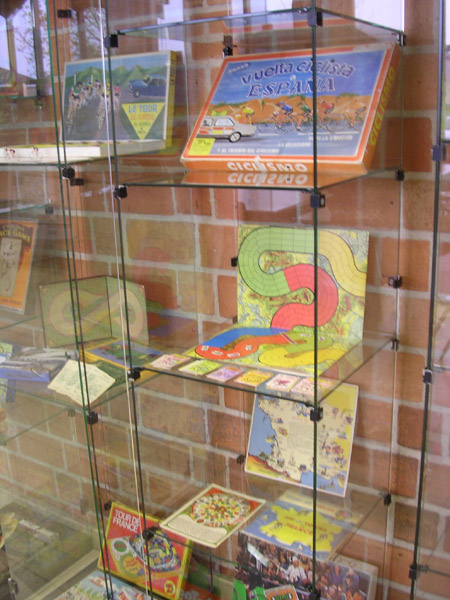 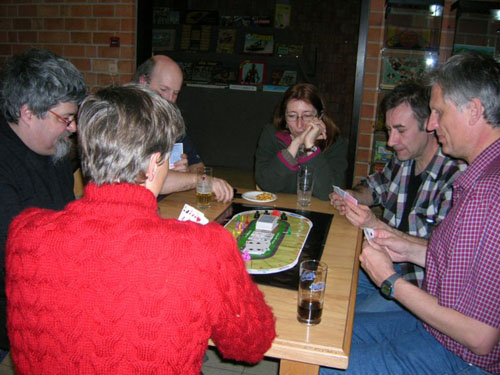 Pierre, Bilou, François, Carmen, Anki and Ludo playing Devil Takes The Hindmost at Veldegem.
Geert was to busy to take part in this one.

Important show of games from the "Collection Pierre & Bilou" at the Ludothčque de Boulogne-Billancourt. 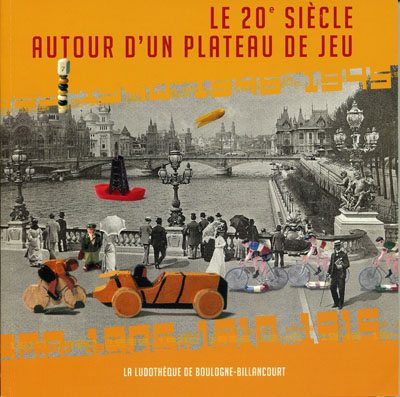 Each year there is an exhibition of games during the Essen fair. In 1995 the theme was cycling games and it was organised by the guys at the ESG. You can find more info here: http://www.alte-spiele.de/