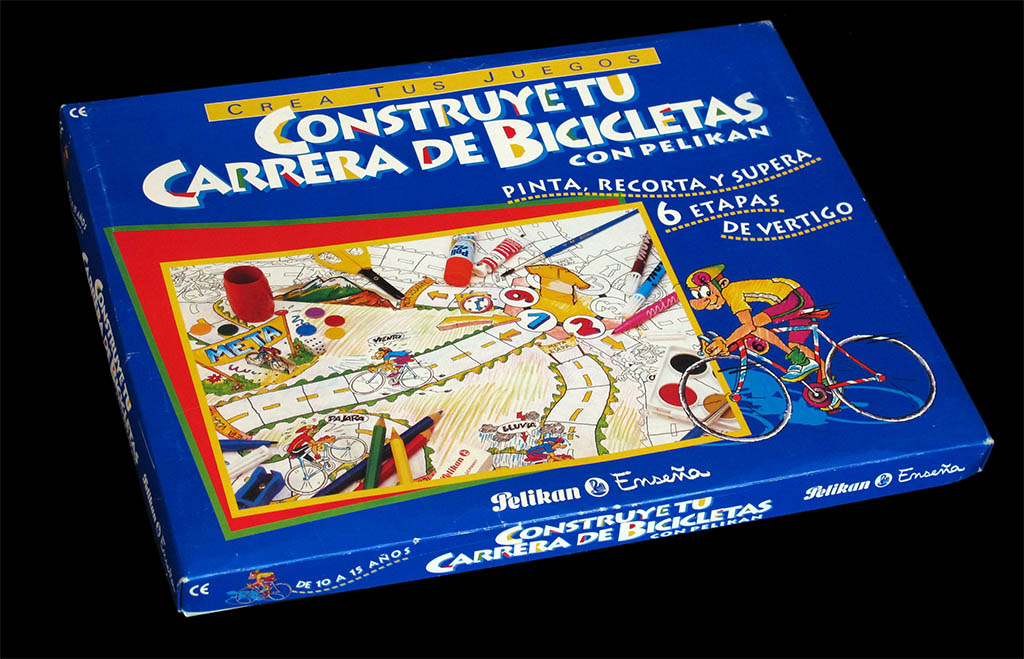 The title of this game translates as "Build Your Own Cycling Race". The game is part of the "Pelikan Enseńa" ("Pelikan teaches" of "Pelikan shows", you choose), which replaced a former (1970s) collection of games called "Pintar Y Jugar" ("paint and play"). All these games were based on the same commercial principle: what was really sold was not the game but a set of children's art equipment by Pelikan.

However, as the followers of this website may have already noticed, I am quite partial to the "make your own game" principle. So, even if this set is not really  to "make" your own game but rather to "paint" your own (version of the) game, I still quite like it. In fact, I like the game (or maybe just the concept) to the point to make it my own Christmas present for all of you. If you click on the pictures of the cut-up elements (below) you will be able to download high-res ready-to-print-paint-and-cut scans and make YOUR own game.

And even if this one does not enter my list of favourite games, at least it makes it to the different games list. 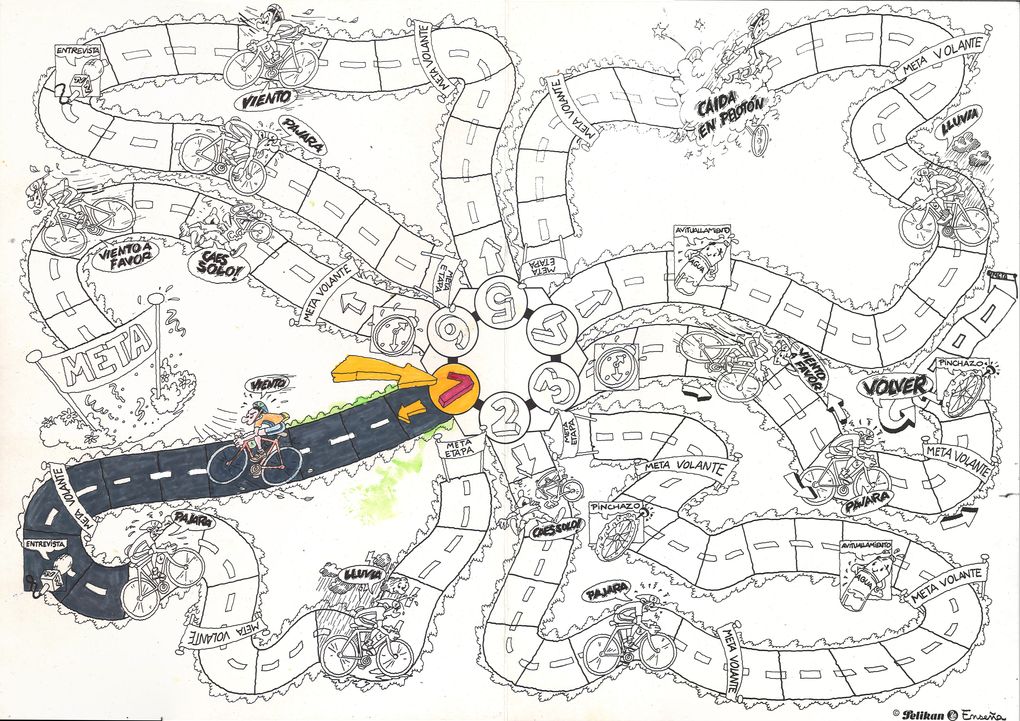 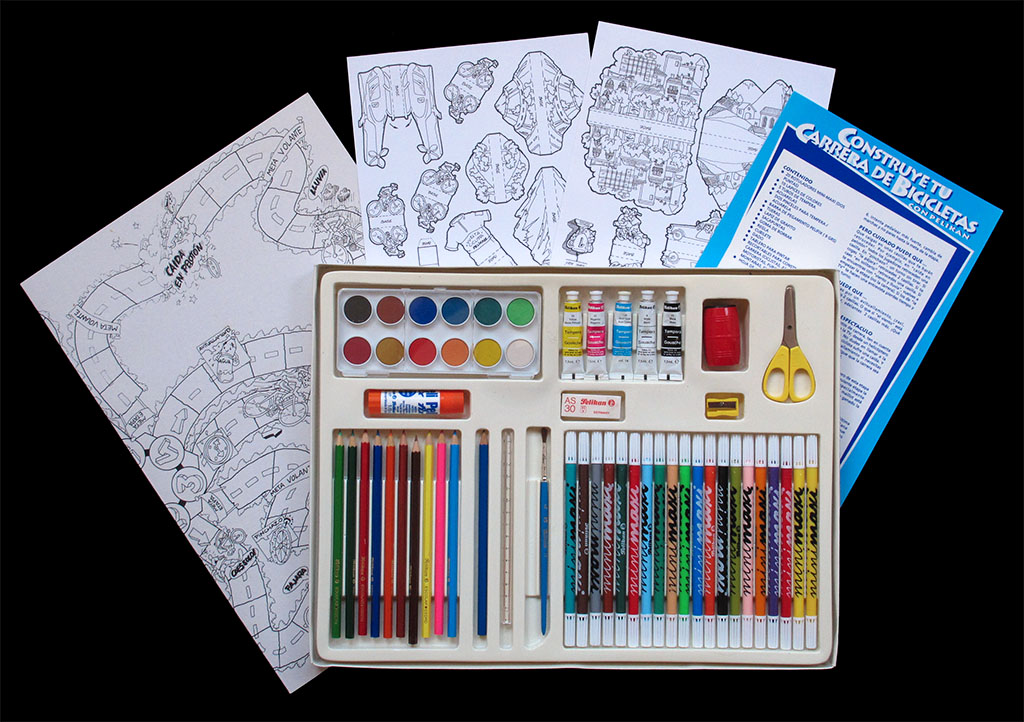 The contents of the box: pencils, marker pens, paints, watercolors, you name it... 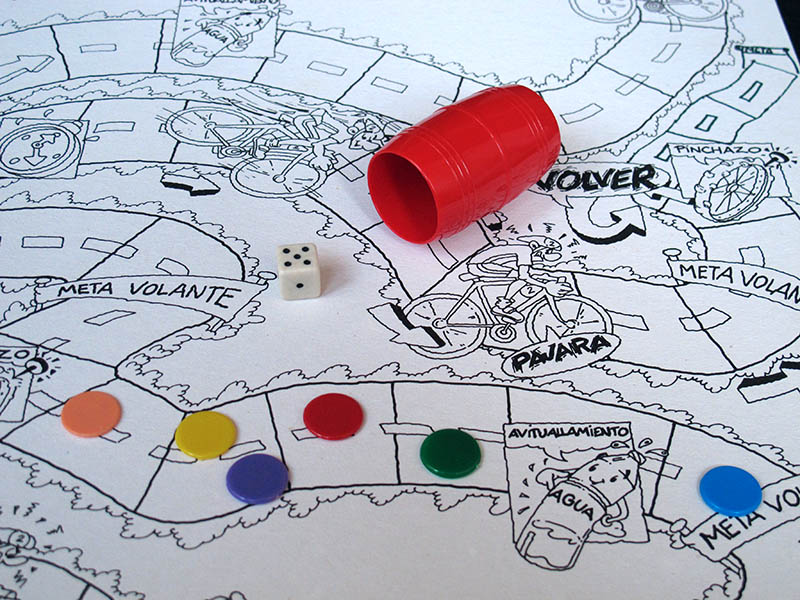 Though, as said above, the object of this game was to sell stationery, the set includes a small plastic dice shaker, a die and 6 cheapo plastic counters, so that you can play as soon as you get the game without having to cut and paint the cyclists. Or maybe you just do not feel like painting. 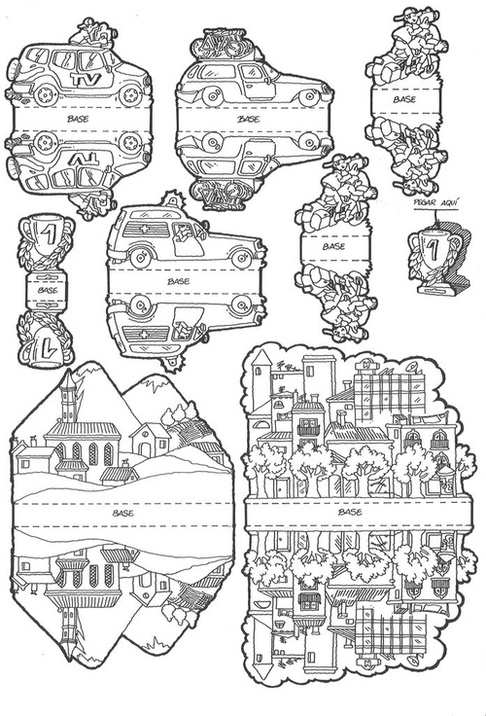 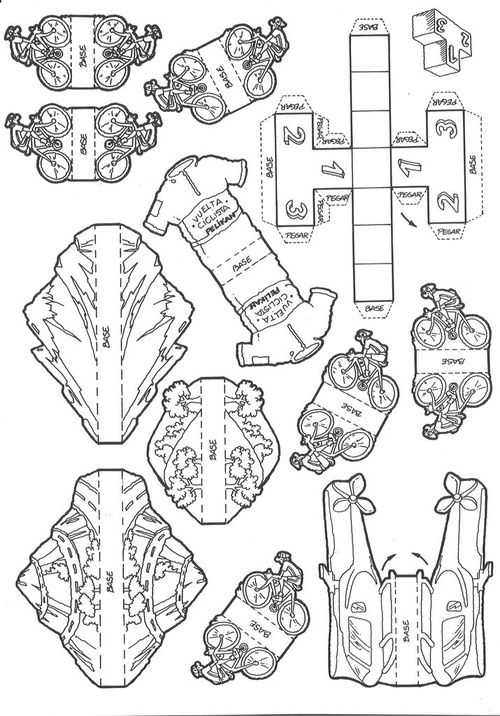 The only element of the game mentioned in the rules, apart from the cyclists, is the "stage jersey" awarded to the winner of each stage. It is just symbolic, though. The player just keeps it until the end of the stage but it does not affect the game mechanics. All the rest of the cut-up figures are just for decoration.

However, I hope you enjoy yourselves painting them. You will have to provide your own paints, though.

By the way,  in case you are worried about possible copyright issues, I wrote some guidelines a statement at the end of the "make your own game" section which you may want to read. (Spoiler: it is perfectly safe to download the contents of this site and use them for your own private use, including semi-professional uses as game developing). 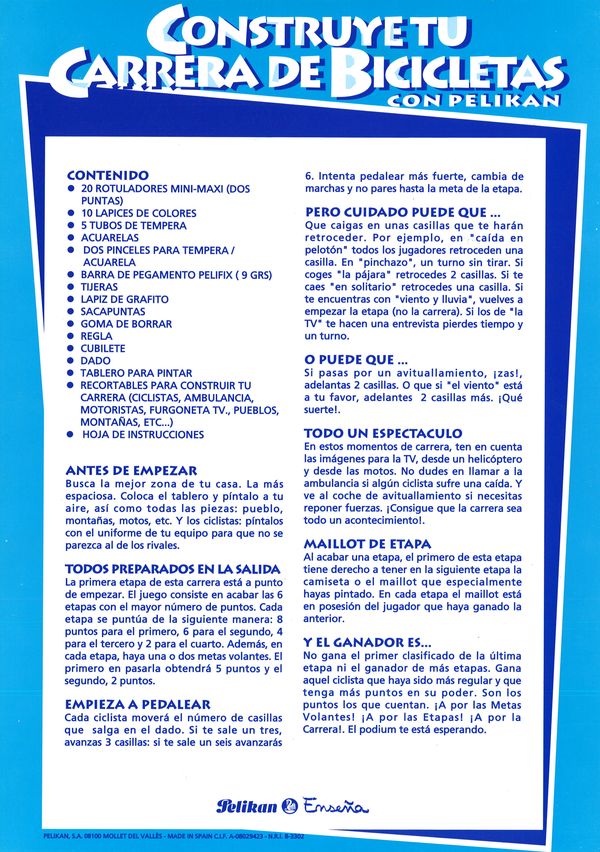 The rules inform us that this is a points stage race. Players get points at the end of each stage (8, 6, 4, 2) and at the intermediate sprints ("meta volante": 5 and 2 points to the two first riders to cross it). Of course the winner is the one with most points at the end of the six stages. 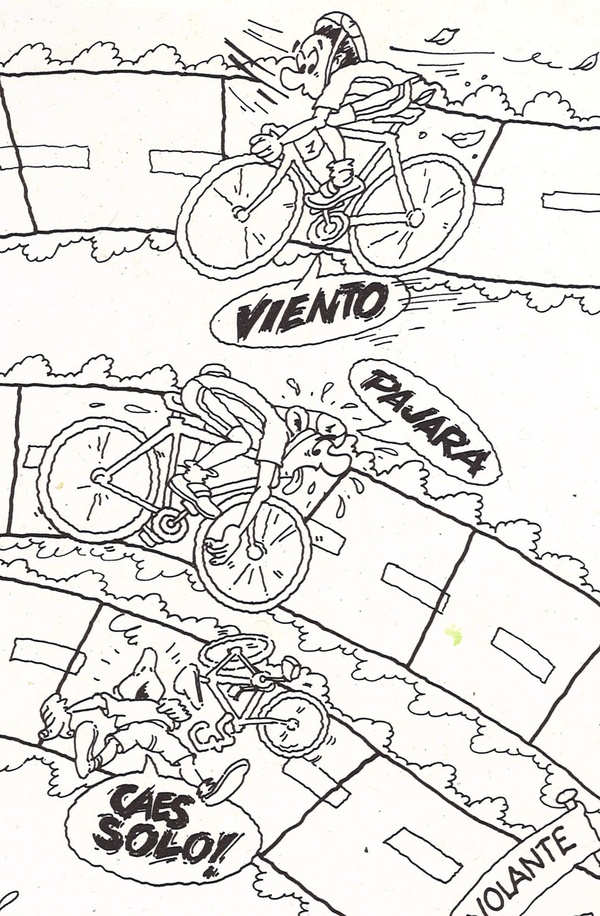 Printed on the bottom of the box are some other games in the collection.
One of them is a car racing game (with the same exact set of painting materials if my eyes don't fool me).