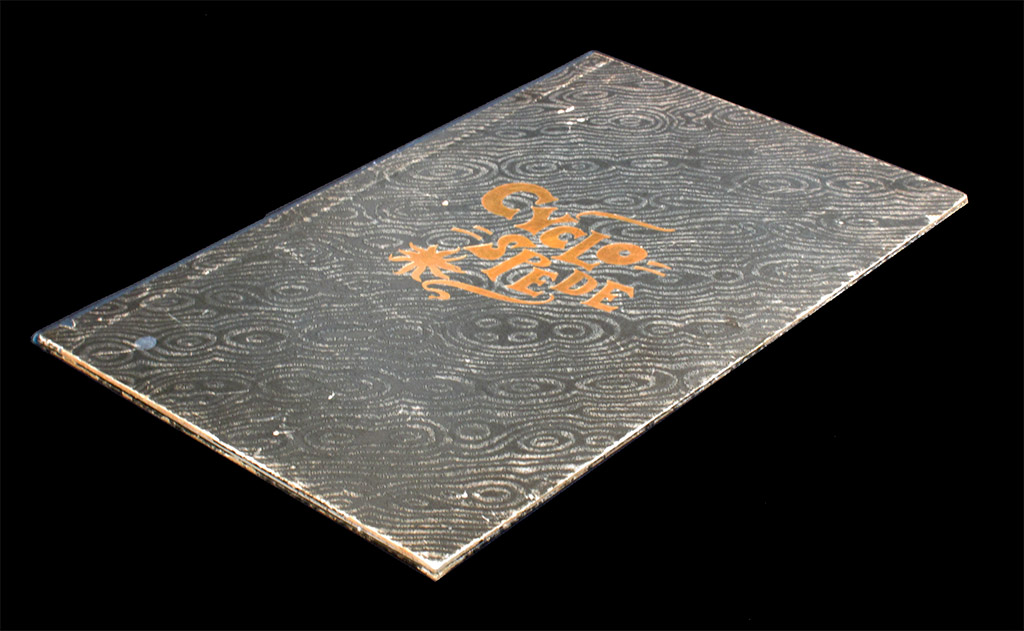 Here is another pre-WW1 English game. This one has a monochrome board, which measures 48,5 cm x 38 cm, and is marked "M & Co. Publishers, Eclipse Works, Bunhill Row". Until I am proven wrong, and in spite of the spelling of the word "colored" in the rules, I will consider it is London's Bunhill Row, and that the game is therefore English, as suggested by the fact that I bought the game in England, and that all the copies of the game I have ever heard of came from England.

(Besides the policeman on square 27 looks English, doesn't he?) 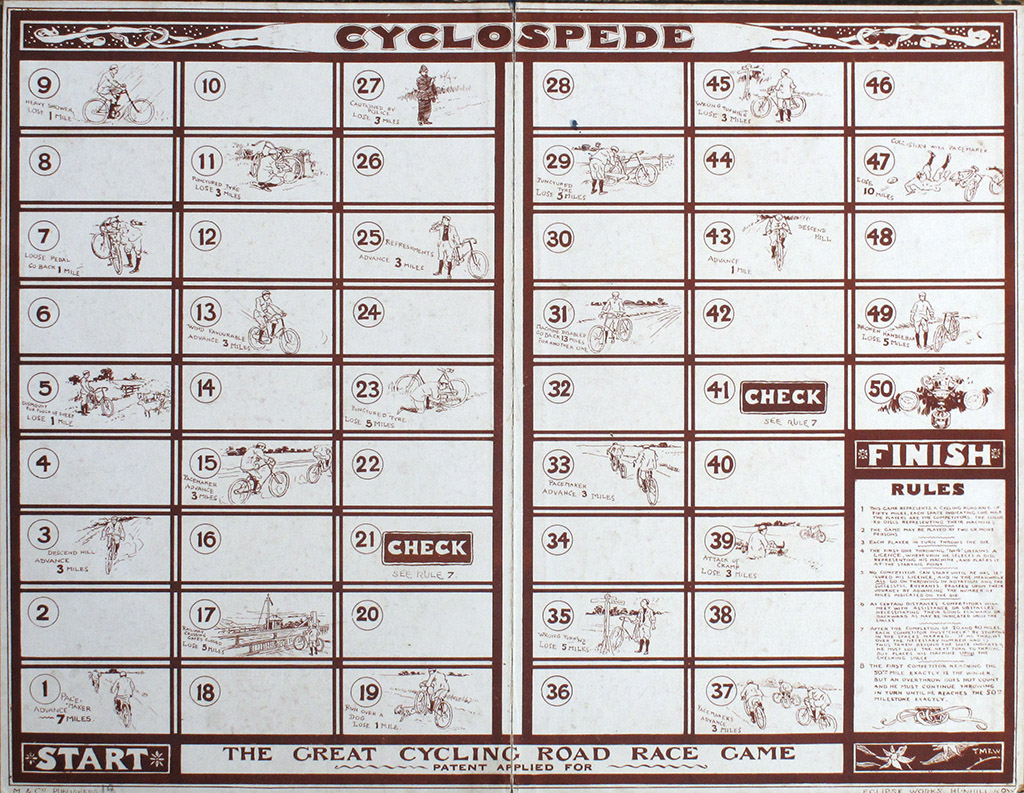 Before starting the race, the players must "obtain a license" by throwing a 4. Although the game is of course based on the game of goose, this particular rule is reminiscent of Ludo (or Parcheesi), which was introduced in England at the end of the XIXth century. (Not that this helps particularly for dating the game, since it just confirms what was already obvious). 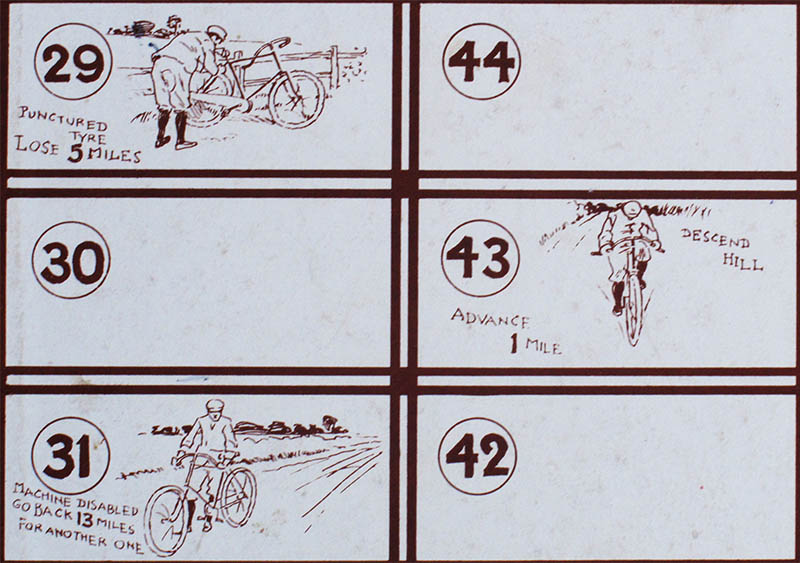 The rules mention a die and colored disks, which must have been in a separate box (unfortunately missing). Of course, this game is a new contendant to the use of  the mysterious Bicycle Race game components. 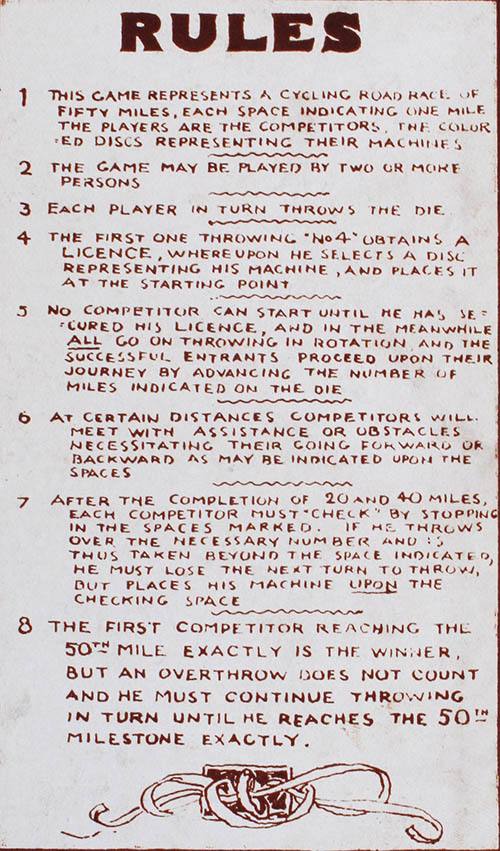