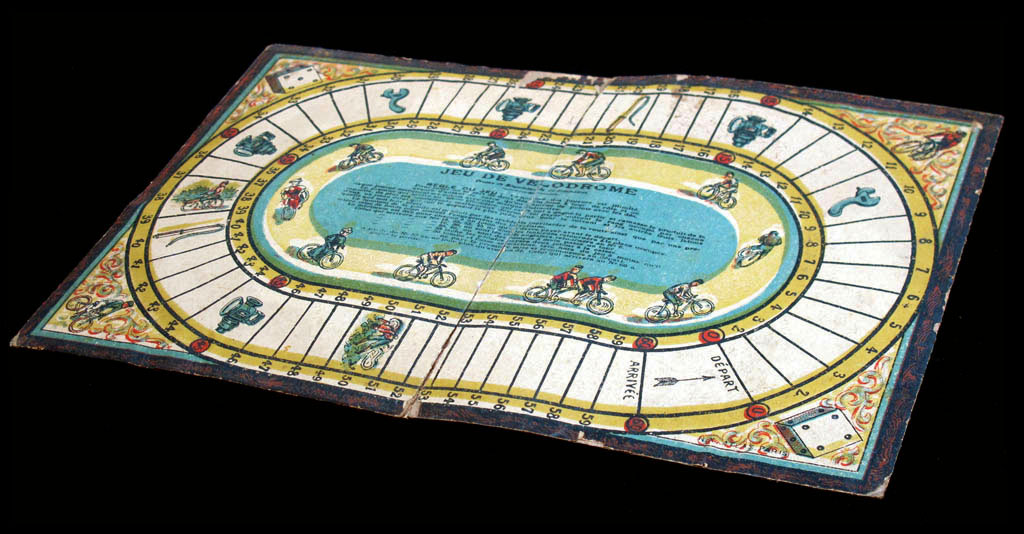 Small (17 x 26 cms ) simple French game from the turn of the century of which there exist several versions. I only have the board (no box, no counters) and, as you can see in the picture above, not in the best condition. 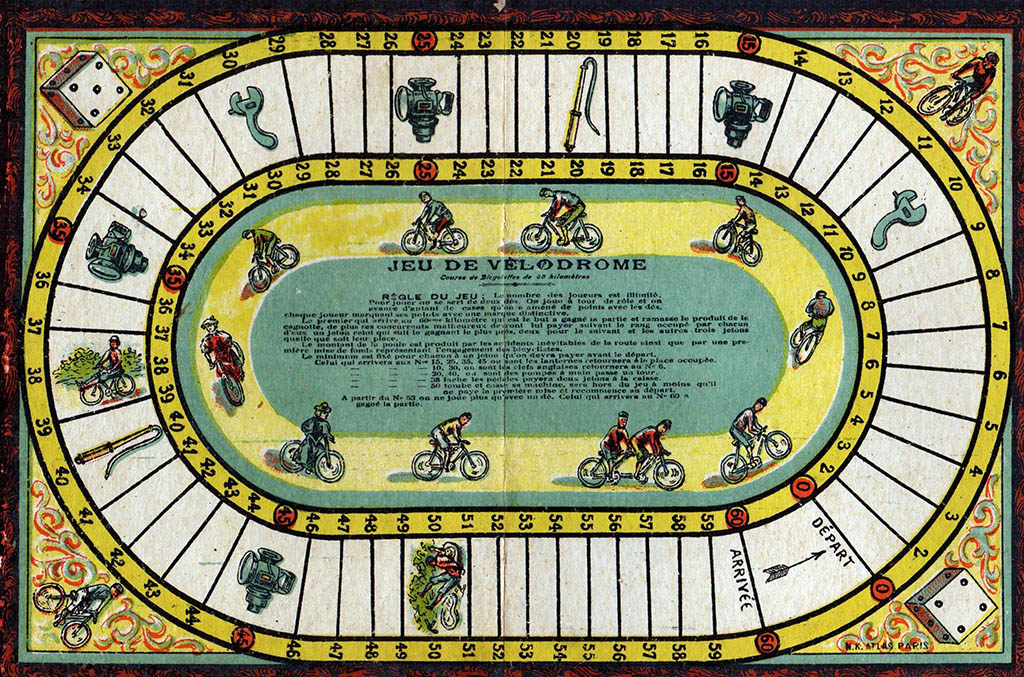 Fortunately my friend Didier Maria has sent a scan of his copy, which is in better condition. You can clearly appreciate the inscription "N. K. Atlas Paris" on the bottom right corner. According to Alain Rabussier,  N.K. Atlas was created in 1904 and their games were sold either individually or as part of compilation boxes ("Jeux Réunis"). 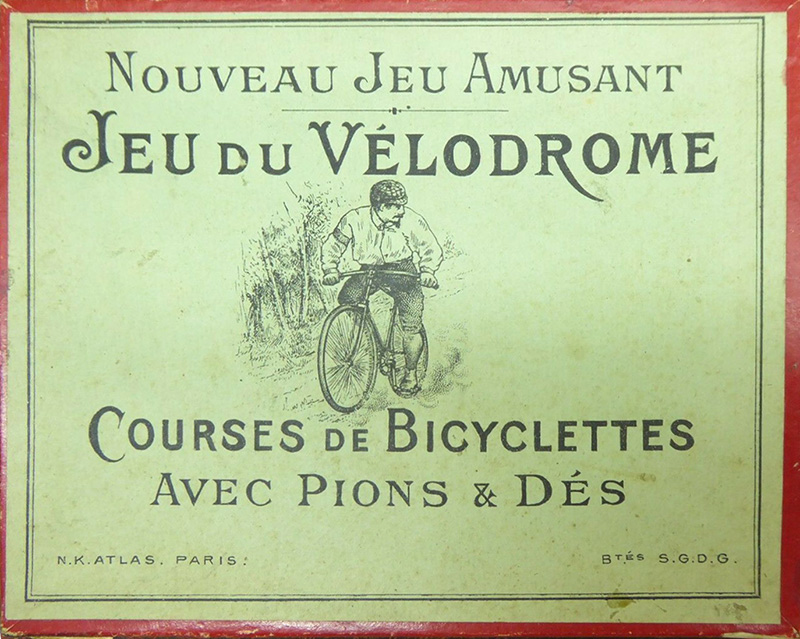 Here (above) is the box of the game (picture sent also by Didier) where you can see that the game came "avec pions et dés". Unfortunately these implements have been lost in this case. 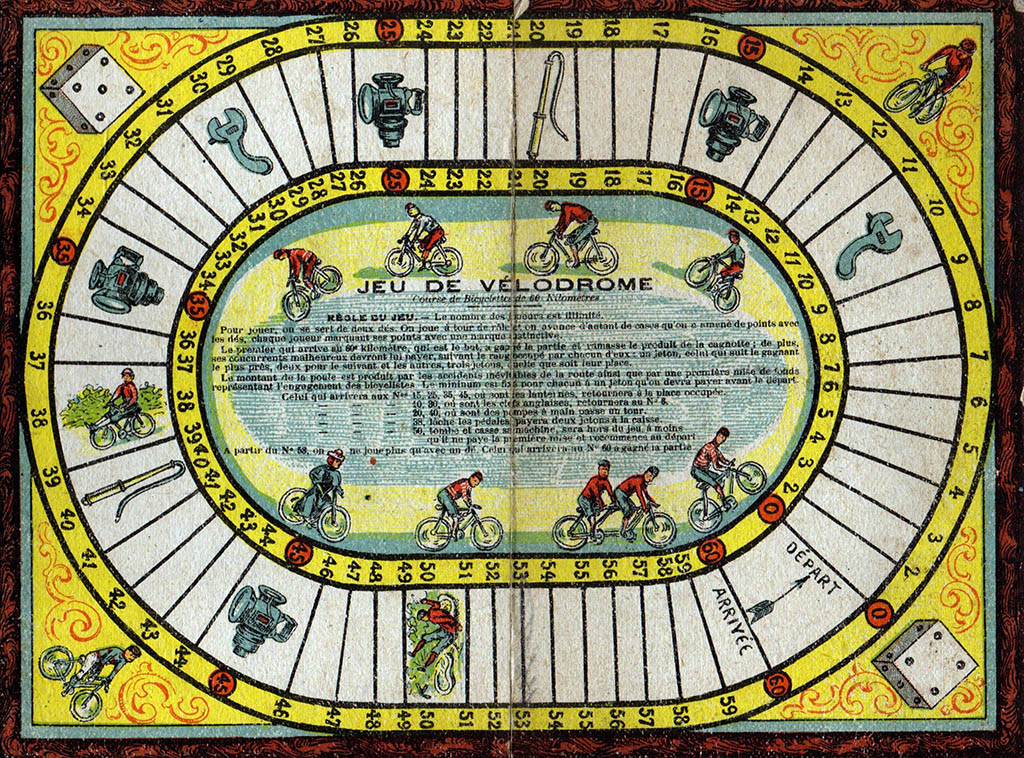 Here is a slightly different board (also sent by Didier). The rules take more place, there are only 8 bikes (instead of 10) inside the track  and the name N.K. Atlas is not there either. I cannot say which was made first. 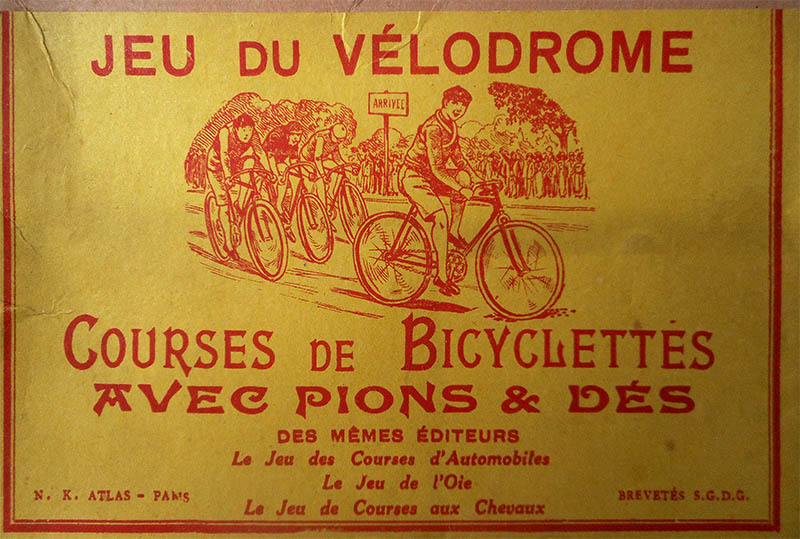 Another friend of mine, Marc Radenac, also has this 8-bike version of the board. Marc found this game as part of a "Jeux Réunis" compilation, complete with four metal riders and four dice. He sends a picture of the game's individual box. Notice that it is not called "Nouveau jeu", maybe because the game was included in the compilation, or maybe because this version was made later and the name was not so new anymore.

Unlike the board, this box does have the "N.K Atlas Paris" sign, and it mentions other games from the same maker, some of which can be seen at Alain Rabussier's jeuxanciensdecollection website. The horse racing game, by the way, is very similar to the cycling game. 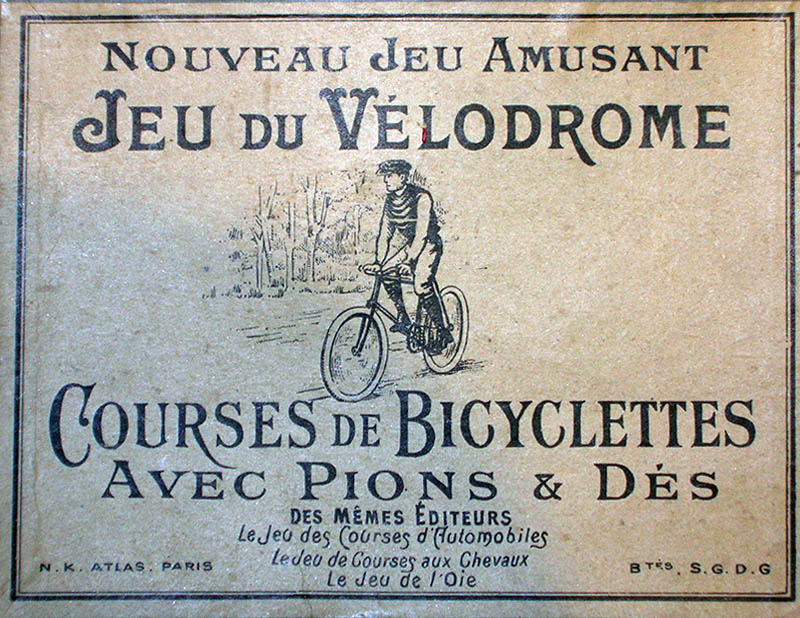 Here is the picture of yet another box for the same game. I do not have this box and do not know anyone who does: I took this picture from the web, that is all I can say about it. However, this box is interesting because it mentions the other games (as Marc's box) and it say "Nouveau Jeu Amusant" (as Didier's box). I do not know which box is older, Marc's or Didier's (if I had to, I would bet it's Didier's) but this third box looks like it was made between them.

Notice that the cyclists featured on the boxes are different in every case. 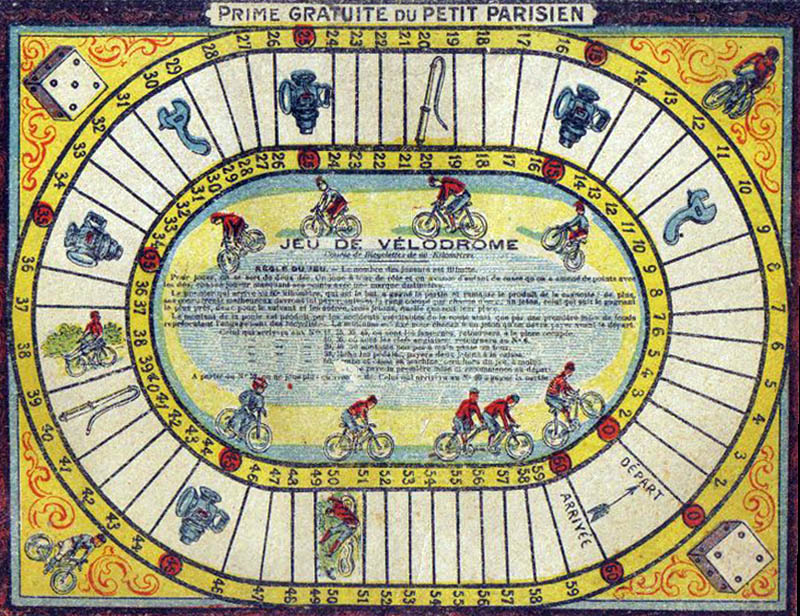 Finally, there is a third version of the game. This board belongs to another friend of mine, Luigi Ciompi, and is featured in the giochidelloca.it website. It was offered to the readers of the newspaper Le Petit Parisien and, as you can see, it uses the 8-bike version of the board.

The rules are identical in all versions of the game. 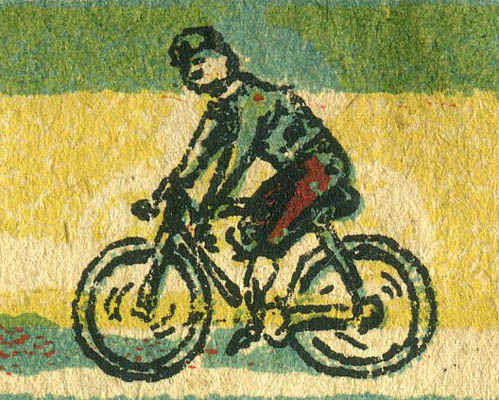 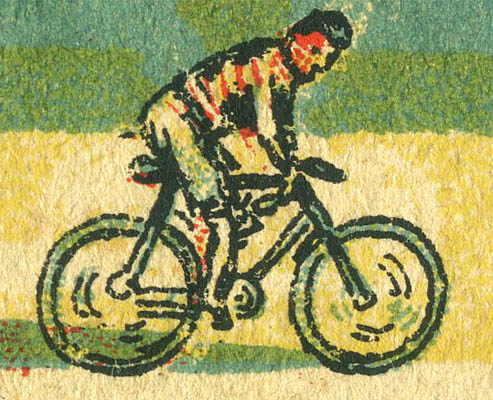 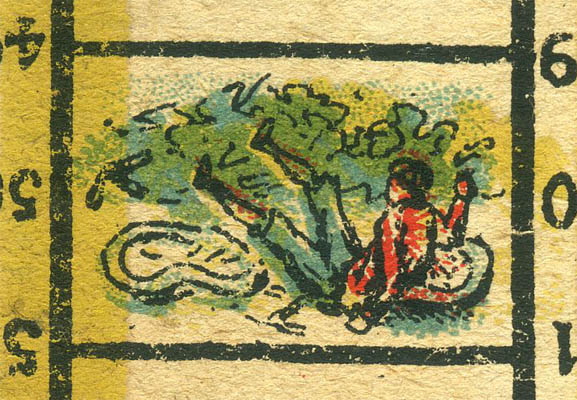 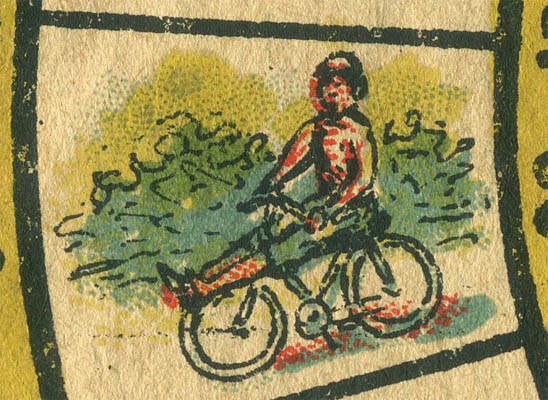 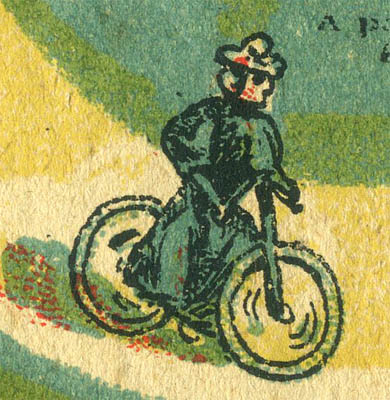 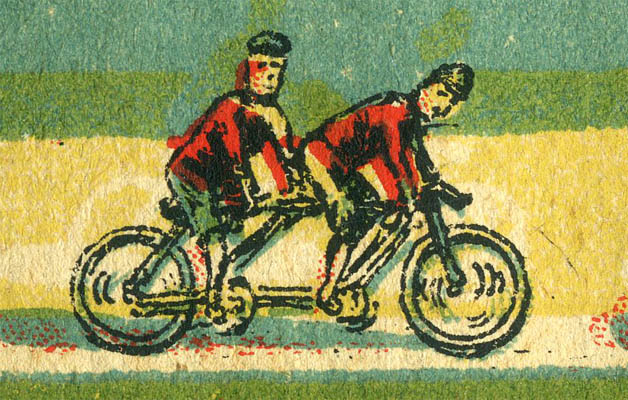 If you look closely at the two versions of the board you will notice that the riders have been redrawn at some point. The pics above are scanned from the 10-bike version of the board.