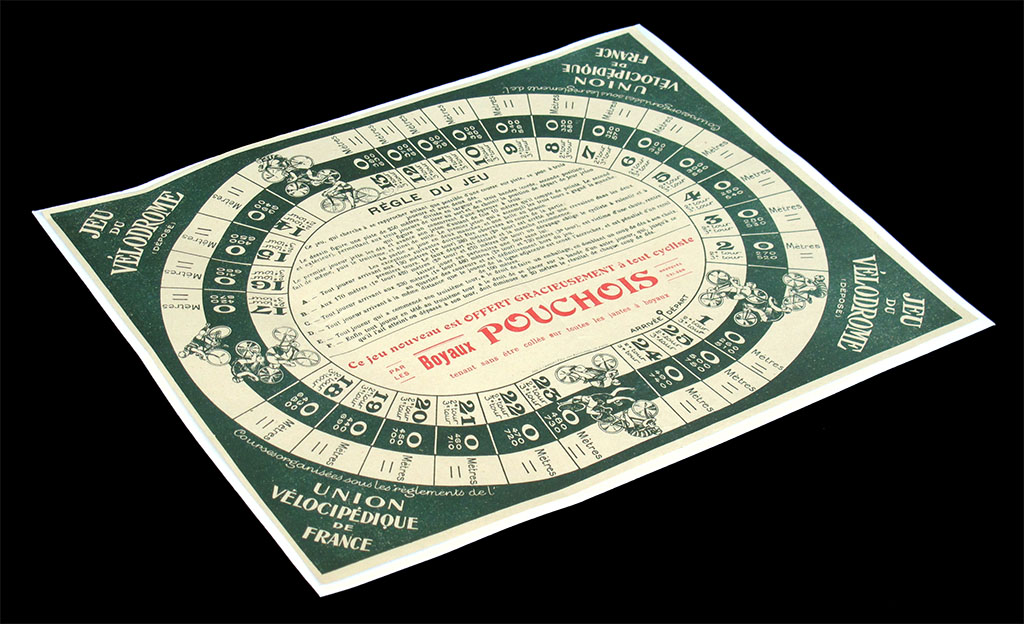 Here a promotional Jeu du Vťlodrome offered by "Boyaux Pouchois". It is printed on a single sheet of paper measuring 26 x 21.5 cms and is a simple dice game representing a track competition for three riders. The  game is played with two dice and a race is run over three laps. The players play two races, and a third one in case of a tie. I assume that only two riders take part in the third race. 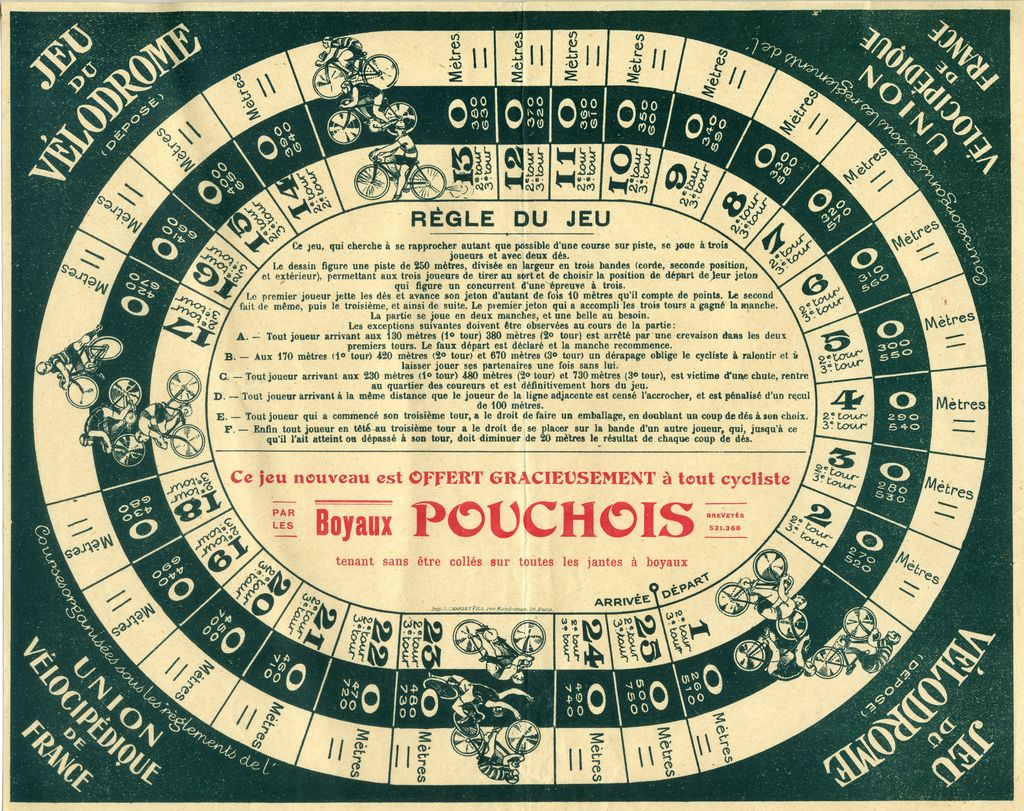 On two corners of the board you can read "courses organisťes sous le rŤglement de l'Union Vťlocipťdique FranÁaise". According to the French wikipedia, the  U.V.F. was the precursor of the French Cycling Federation, was founded in 1881, and lasted until 1940.

"Boyaux Pouchois" made bicycle tyres under their own name and as "Laroche-Pouchois".  I admit my research has not been exhaustive, but my guess is that the second name was added later. This (and the iconography, of course)  is all I have to date this game from the 1920s (if not earlier).

The lap is supposed to be 250 meters long. Each field, thus, represents 10 meters.

A puncture (falling on field 13) by any rider in one of the first two laps causes the race to be declared a false start, and must be run again. Nothing is said in the rules of a possible puncture in the last lap. On the other hand, skids (field 17) cause the rider to lose one turn and falls (field 33) cause the rider to retire regardless of the lap.

Rule (D) is not so usual. A rider that reaches by an exact throw another rider placed on a neighbouring lane is penalised by 10 squares. This is unusual because lane 2 is worse than the others since it has two neighboring lanes. The rules say that lanes a drawn by lots.

The last two rules are suppoded to add some tactical component to the game.

Rule (E) however just adds to the luck factor in the game: each rider has the right to double his dice throw once in the race, and only in the last lap. There is not much one can do about it except to hope for a lucky high throw.

Rule (F) does offer a tactical decision, though a quitre simple one. During the third lap, the race leader may change lane and try to block another rider's lane. This rider will lose 20 meters (two dice pips) on each turn until he reaches or overtakes the rider ahead.

Of course this rule seems to be in contradiction with rule (D) but it is up to you to interpret if a that reaches another in his own lane can occupy this same square without being penalised. 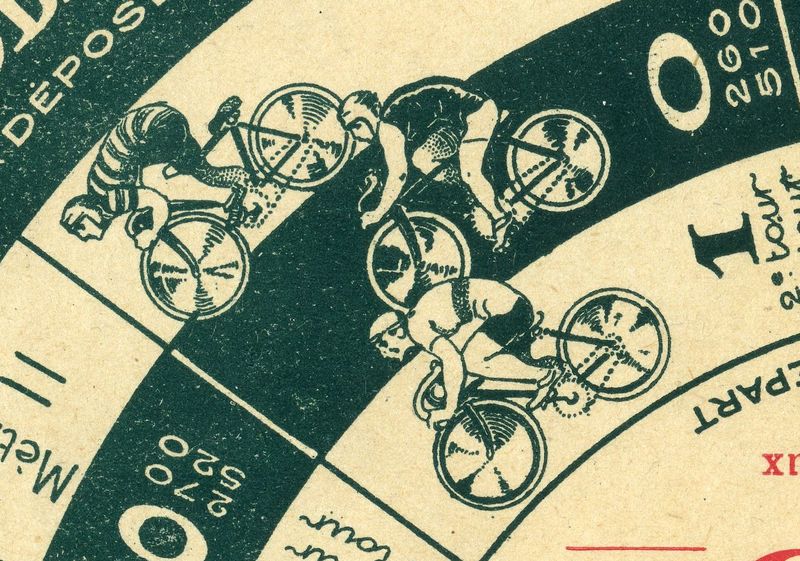 These riders look quite old. Maybe the 1920s is a conservative estimation after all and this game is older. 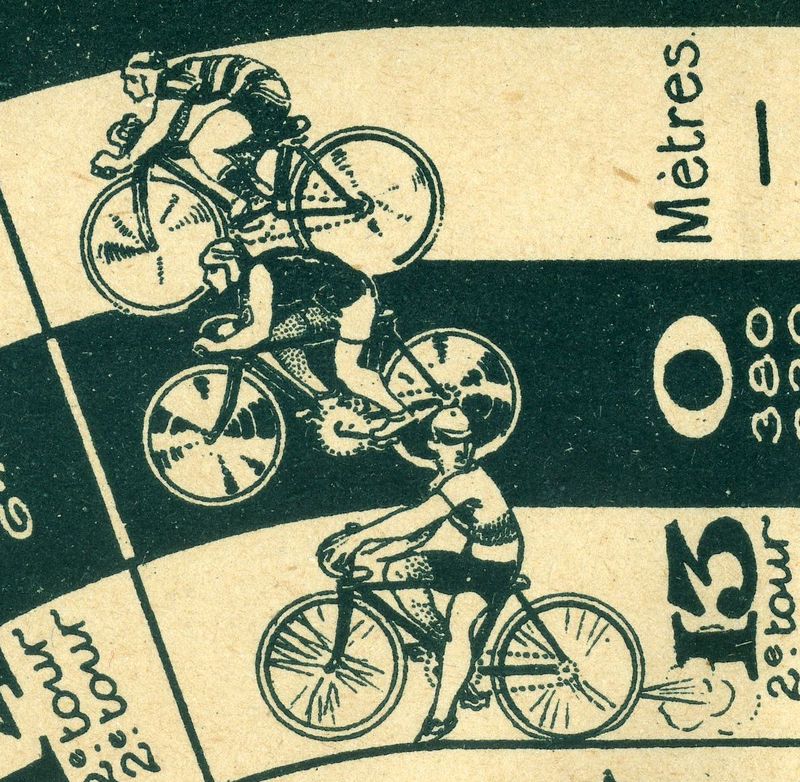 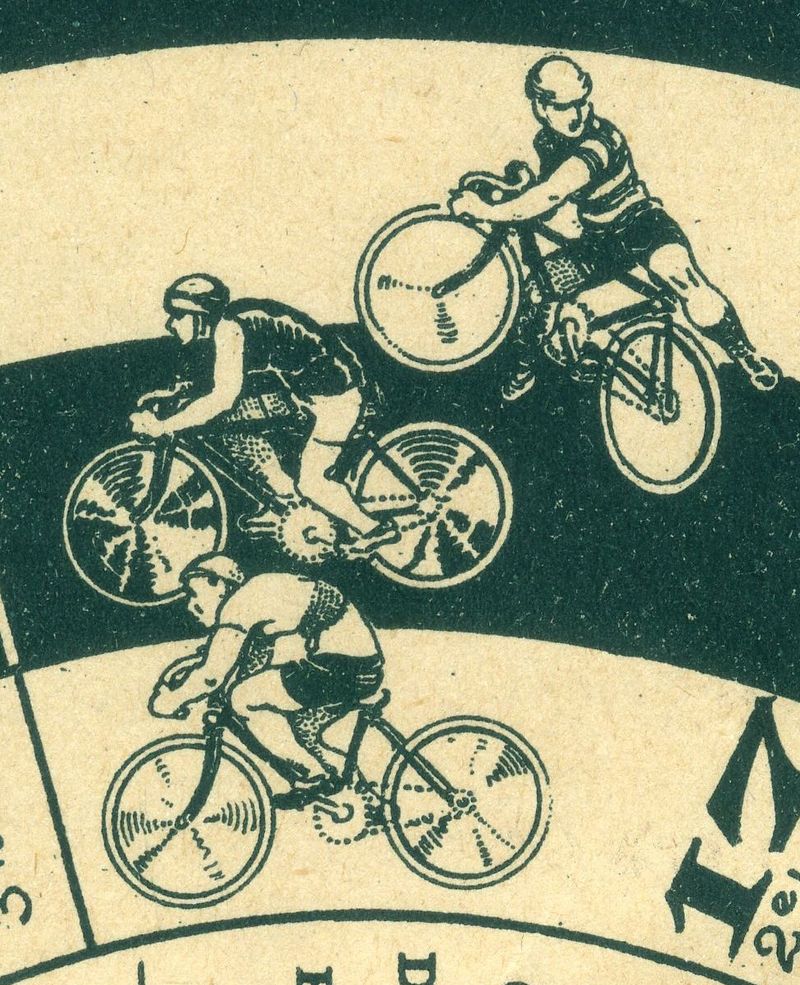 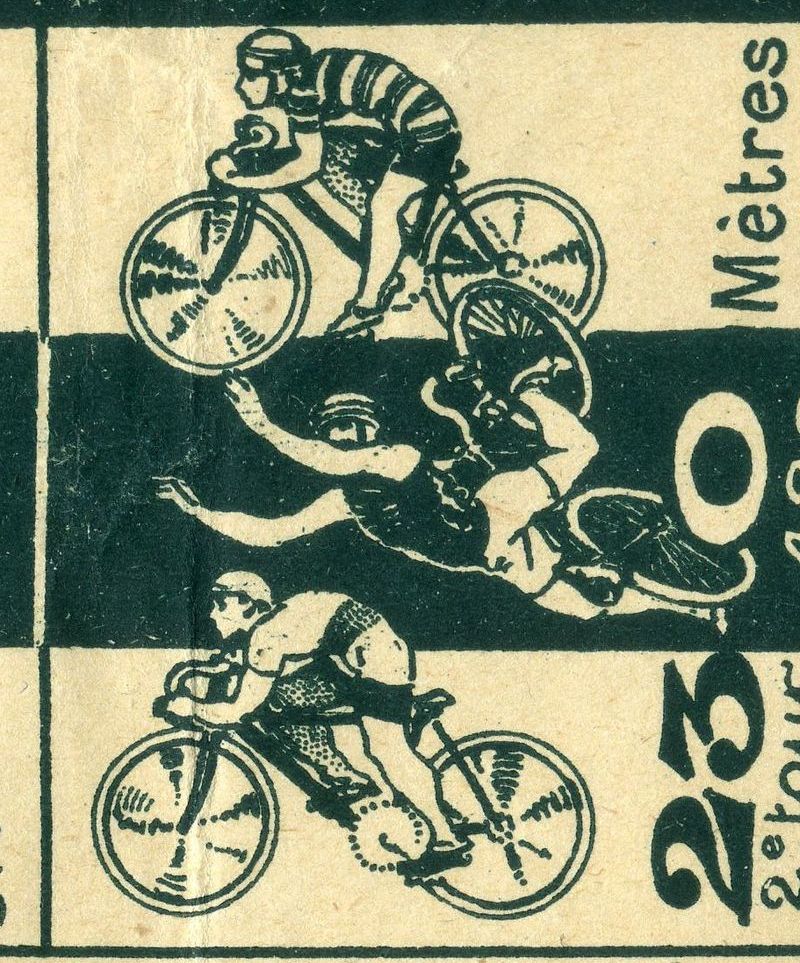 I haven't found anything on the printer either. Needless to say, any piece of information about this game will be warmly welcome.