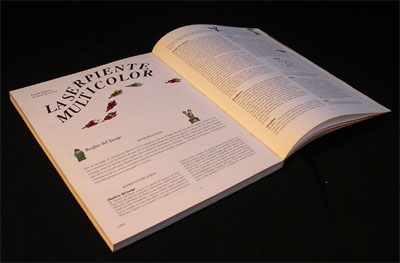 This game is the work of Spanish artists and designers Esther Berdión and Jaime Munárriz. It was released only as part of the summer 1993 issue of El Europero art-magazine, and is therefore very hard to find!

It is a game where chance takes almost no part, and therefore a game that should please the most hardcore gamers. On the other hand, the game is beautifully designed, as could be expected from their makers.

With these two conditions, it is easily to understand that this game had reached some kind of mythical status, but very few people had played it. (That the rules were only is Spanish did not help, either). Fortunately we have been able to reissue it as a free print-and-play download, with English rules. Scroll down for the link.

By the way, I translated the rules myself, and as you probably guessed from my writing, English is not my mother tongue. Corrections are welcome. 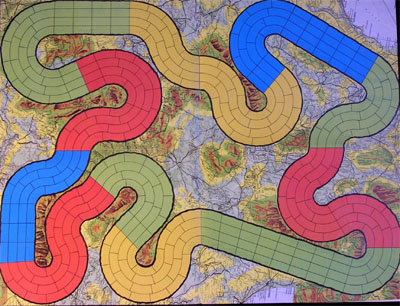 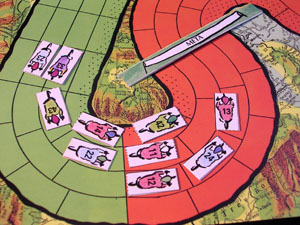 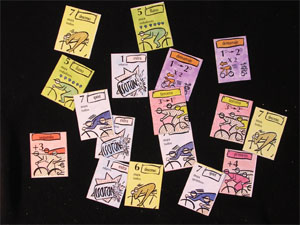 Some proposed board configurations: 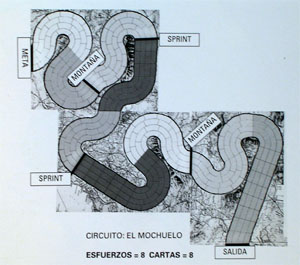 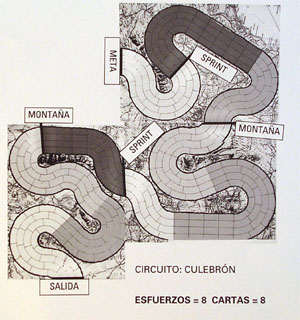 Italian rules are available from BoardGameGeek thanks to Roberto Pietrangeli.