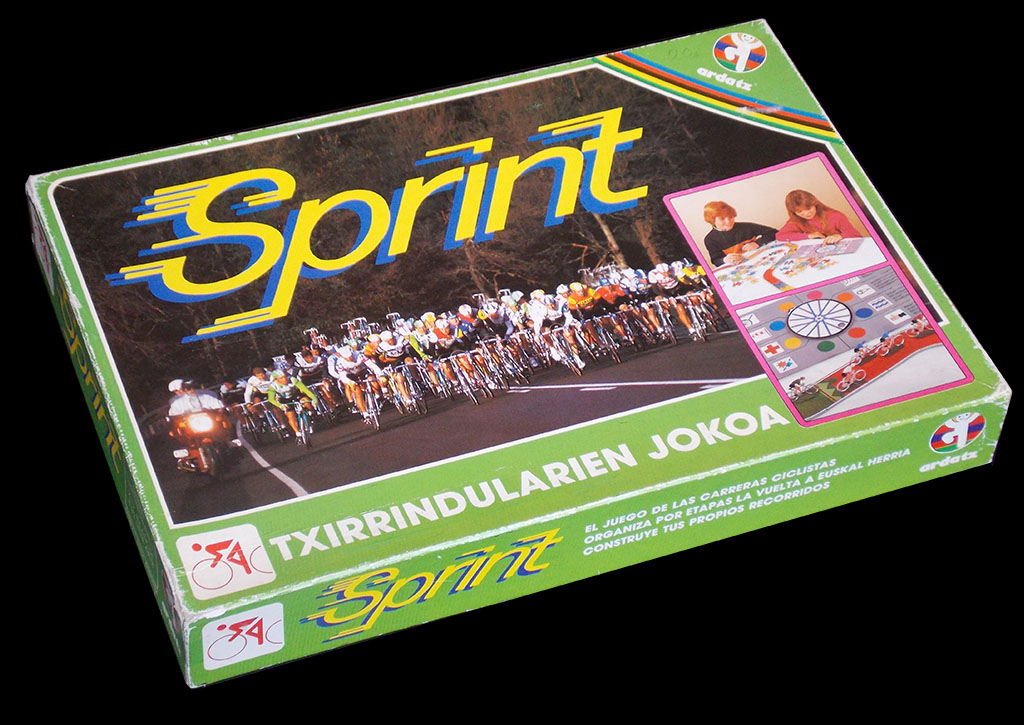 I have recently discovered this game, which is, of course, a version of Diset's Sprint (featured on this site since 2005). The boxes of the two games are quite similar (both measure 38.5 x 26.5 x 5 cm) and have the same design style, and the contents are almost identical, so please refer to the description of Diset's game for most details about this one. 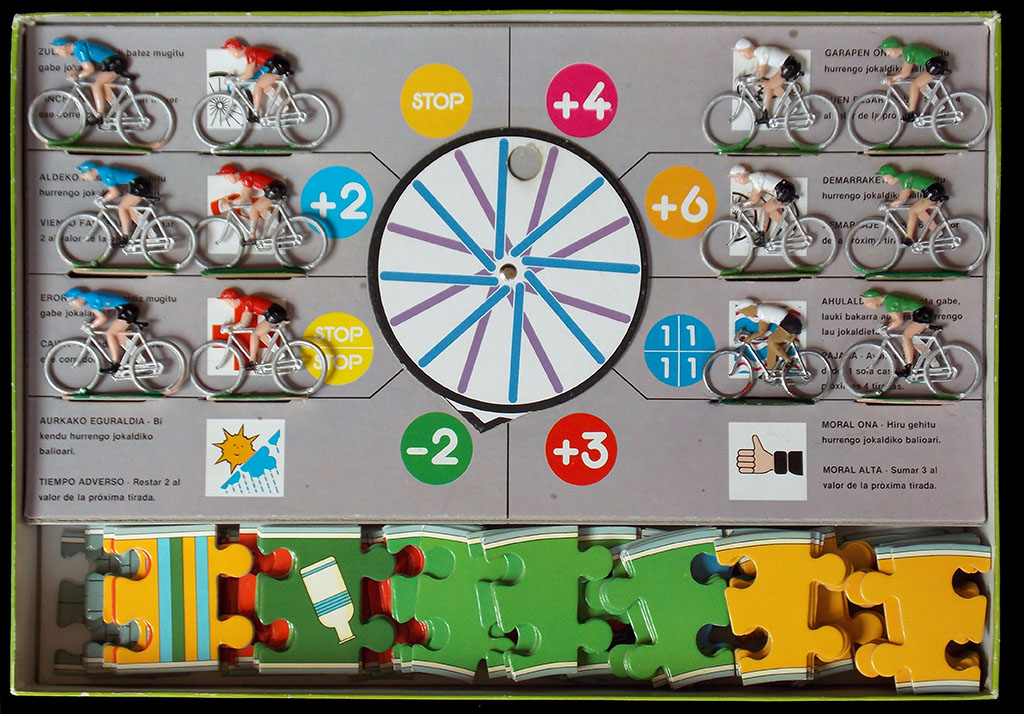 The rules of this game are only in two languages, Basque and Spanish. It was obviously intended for distribution in the Basque Country only (probably only in the Spanish part of the Basque Country). This may be why I had not heard about it before.

By the way, check the positions of the riders in that box: only one team has riders in two different positions. As I said in the description of Diset's version, I think the riders' positions are just random. 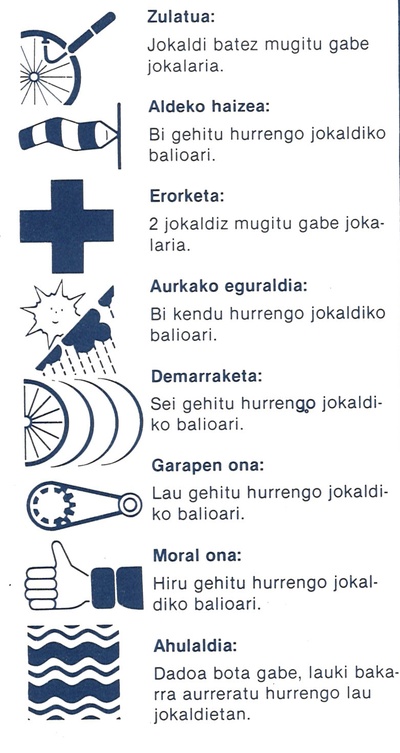 For those of you who do not know what Basque looks like, here is an example. 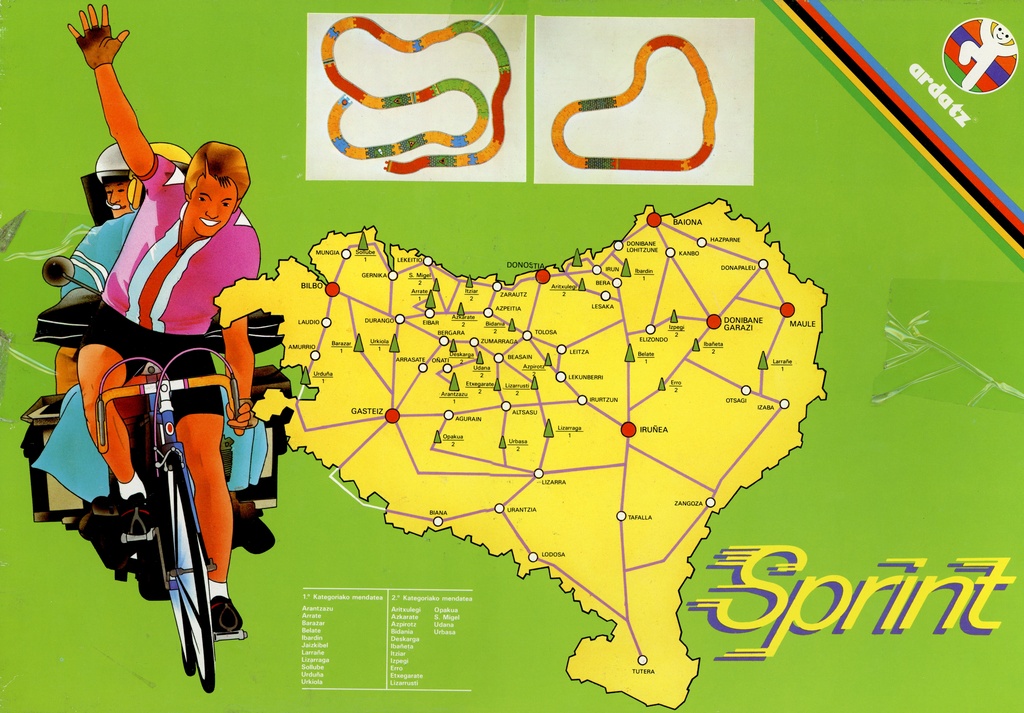 On the back of the box we find this map of Euskadi. Those of you who do not know the borders may not notice at first sight that this map includes both Navarre (not considered as a part of Euskadi  by the Spanish government) and Iparralde (the French part of the Basque Country). Of course, this is a political stance from the game makers. Therefore, as I did with Itzuli Mitzuli, I do not consider it a Spanish game and I place it in the "different countries" list. 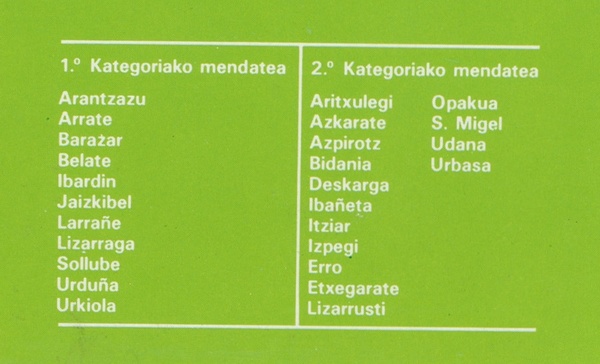 List of Basque climbs, also on the back of the box. I was wondering if I have to consider this Basque version of the game as representing the Itzulia and therefore include it in the "games that represent a real race" section, but I have not made up my mind yet. While it may meet the "games the national origin of which does not correspond to present state lines" condition, and therefore be included in the "other countries" section, I am not sure it tries to represent a real race but rather an ideal one, so, for the moment being, I am not including it in the "real races" section.

Sides of the boxes for size comparison (spoiler: they are the same size)