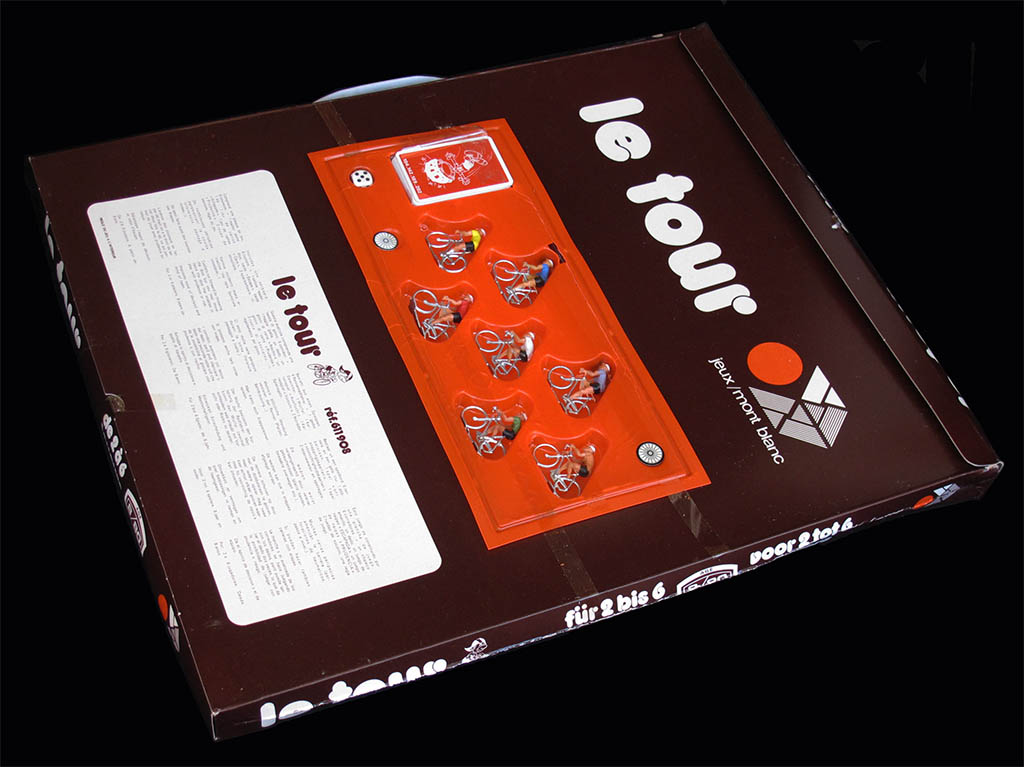 This is one of the biggest (and I must add, ugliest) games in my collection. The box measures 50 x 60 cm, and the board 100 x 60 cms. An unpleasant feature of this game is that the riders are outside the box (as you can see), so once you have thrown away (or simply torn) the protective plastic, there is no easy way to store the game. I have been told that some sellers, after a while, simply sold the riders and threw away the rest of the game. I do not blame them, buttThat may be the reasoon why this game is quite hard to find nowadays.

These seven riders are the 70's type smaller Cofalu (as opposed to the bigger later ones, found in games like L'Echappťe Infernale or Criterium). As many other (mostly French) games, the seventh rider (the one with the yellow jersey) is included to replace the leader. The game is thus for a maximum of six players. 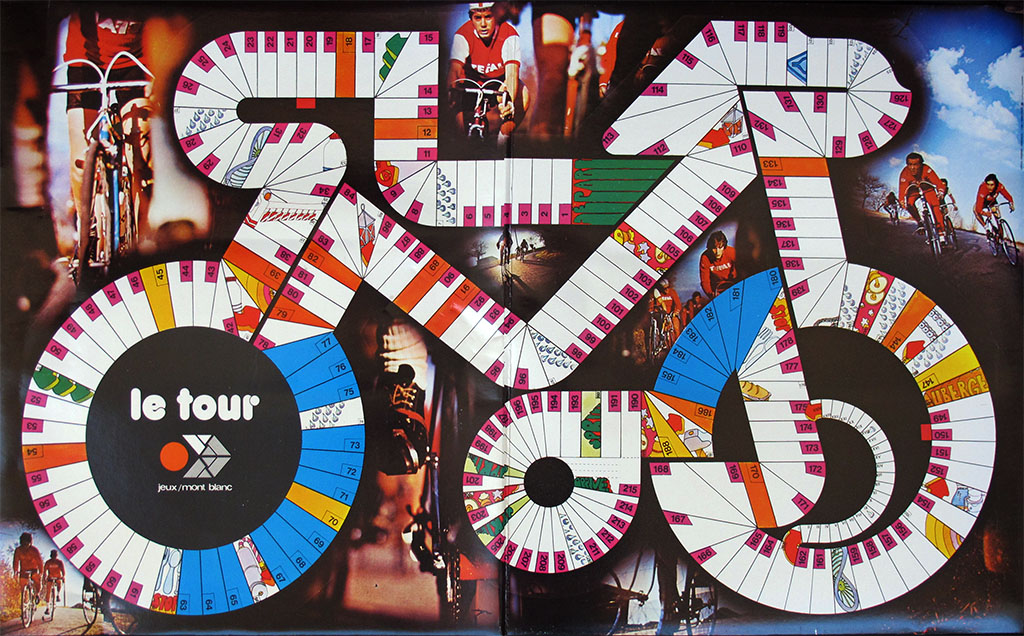 The players move by the throw of a die, but may rethrow if they weish. In this case the must keep the result of the second throw. According to the rules, this makes the game one "of true strategy". Of course, it does not. 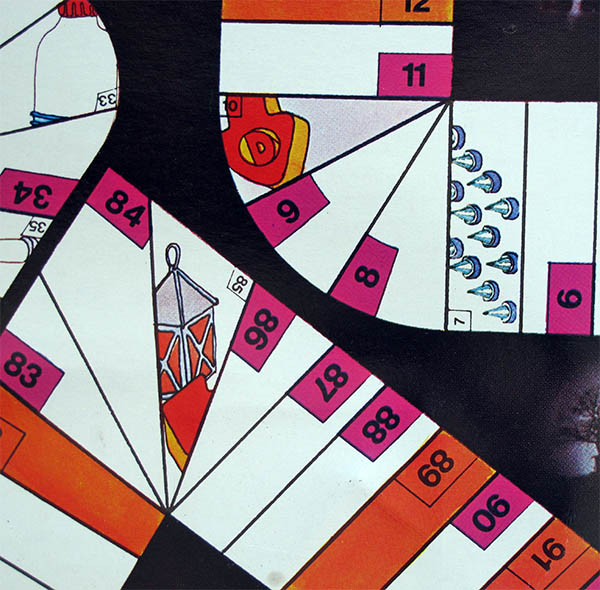 Whe a rider falls on an orange field, he draws a card that he chooses between two packs. The pack "Echappťe" includes 30 cards, with numbers between 1 and 10 (3 of each), that represent an extra advance.

On the other hand, the "prudence" deck has 47 "Prudence" cards, 22 of them red and 22 of them green, with one or more numbers inscribed, which are apply to the board fields with the same number. These cards are kept until they are played. The green cards allow the player to draw an "additional "…chappťe" card. The three remaining cards are jokers, which apply to all the race incidents and allow you to draw two extra "…chapťe" cards when played. 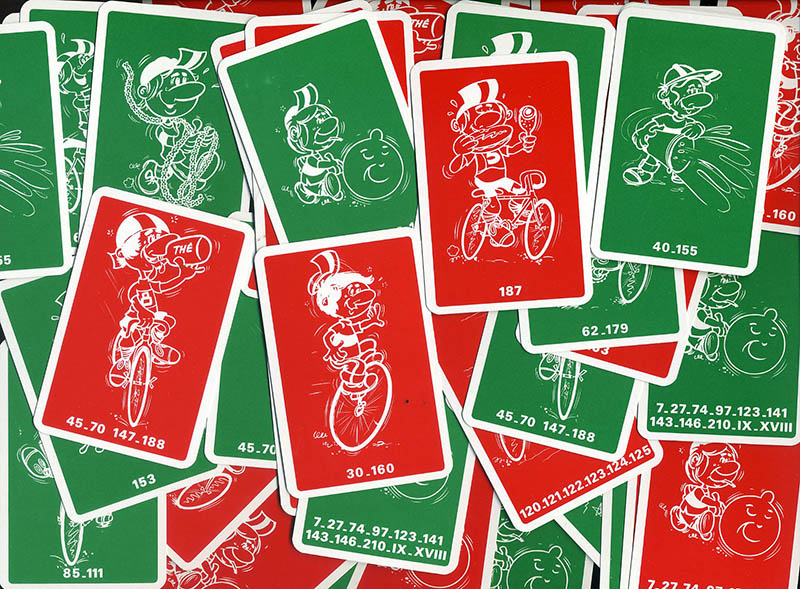 Although the game represents in fact a one-day race, there are simple rules to turn it into a stage race:

a) Points are awarded to the first riders in each stage (6, 4, 3, 2, 1) so we can have a poits classification. This is when the yellow jersey rider is used.

b) Ultrasimple (count the throws) rule for time-trial stages. 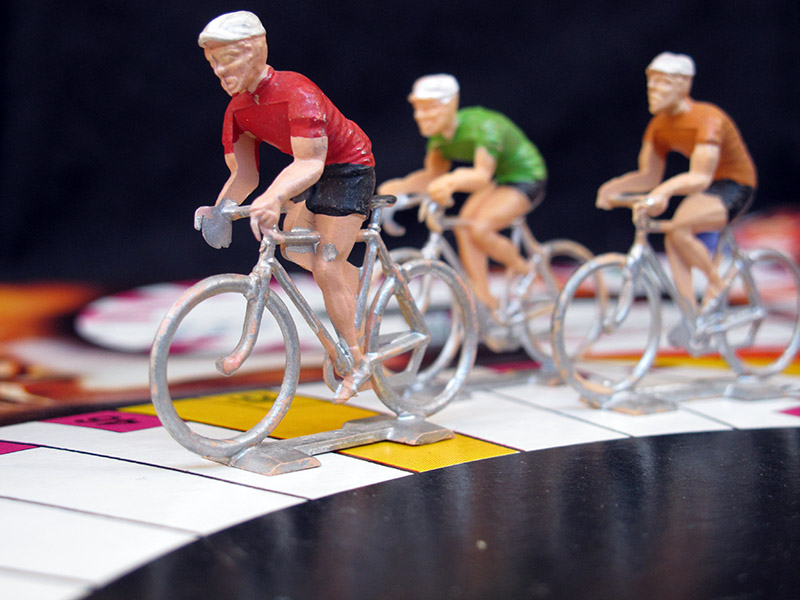 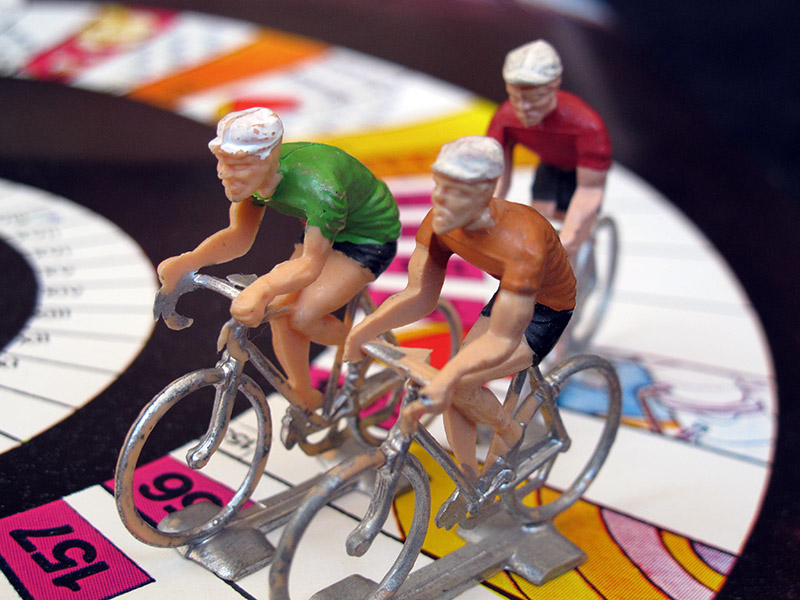 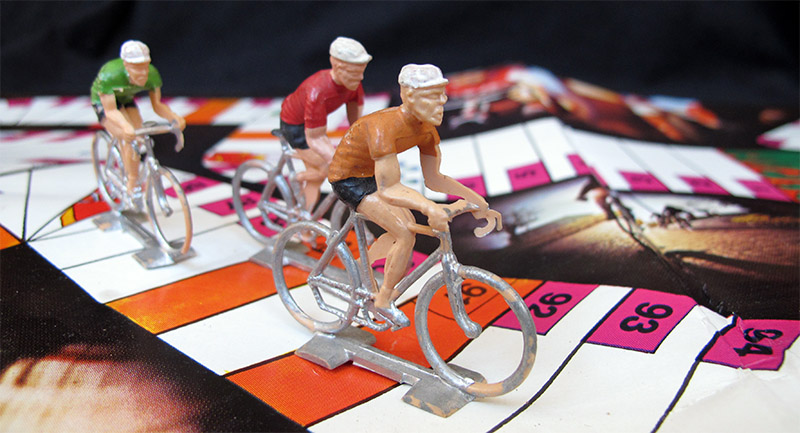 As you can see, it is difficult to keep such a big board flat.