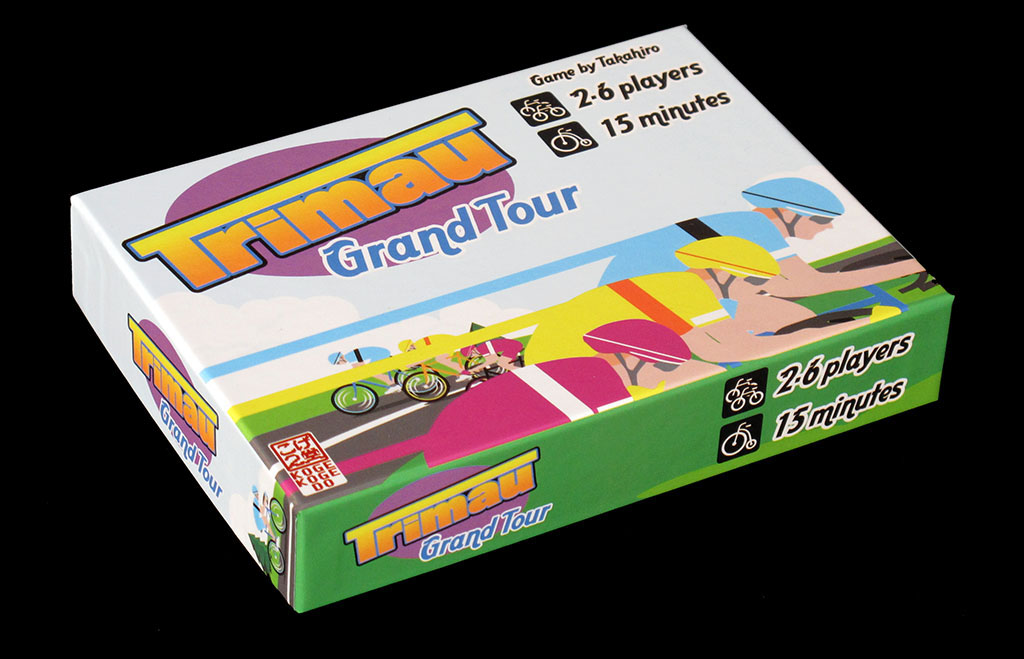 Here is a very cute and hard to find Japanese game. JaponBrand games are made in small runs, available only by pre-order, and they do not send them by mail. Unless you happen to live in Japan, the only way to pick them up is at the Essen Spiel Fair. Fortunately, and thanks to the help of my friends, I was able to get a copy of this one. Needless to say, the game is marked as "out of stock" on JaponBrand's website (*), and may be near to impossible to find from now on.

(*) At the time of writing (December 2019) this time all the games on the website are "out of stock", and you can only find the nine games released in 2019. So, if you want to check the game on the website, do it soon, as I am afraid it will not be there forever. 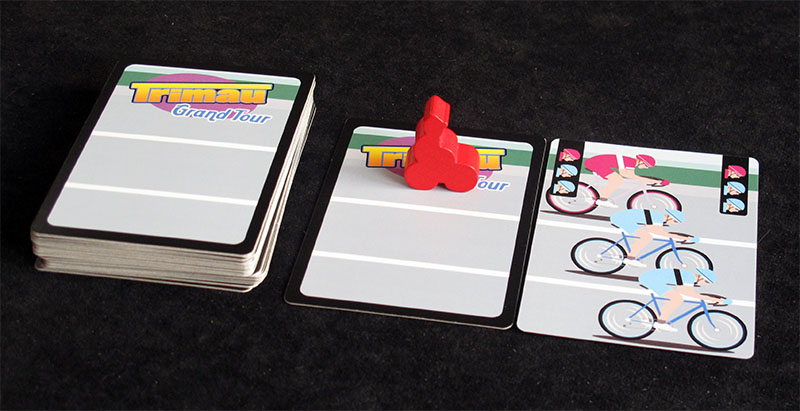 The game is a simple card game for 2 to 6 players and its relation to cycling does not go much further than the graphics and the name of the game. Technically speaking, it is not even clear if it is race game, although the publisher says that it is a game in which players "race to get rid of all their cards". Whether card games can be considered race games is a long debate, of course. In this case, as in many card games, the first player to discard all cards wins the game. 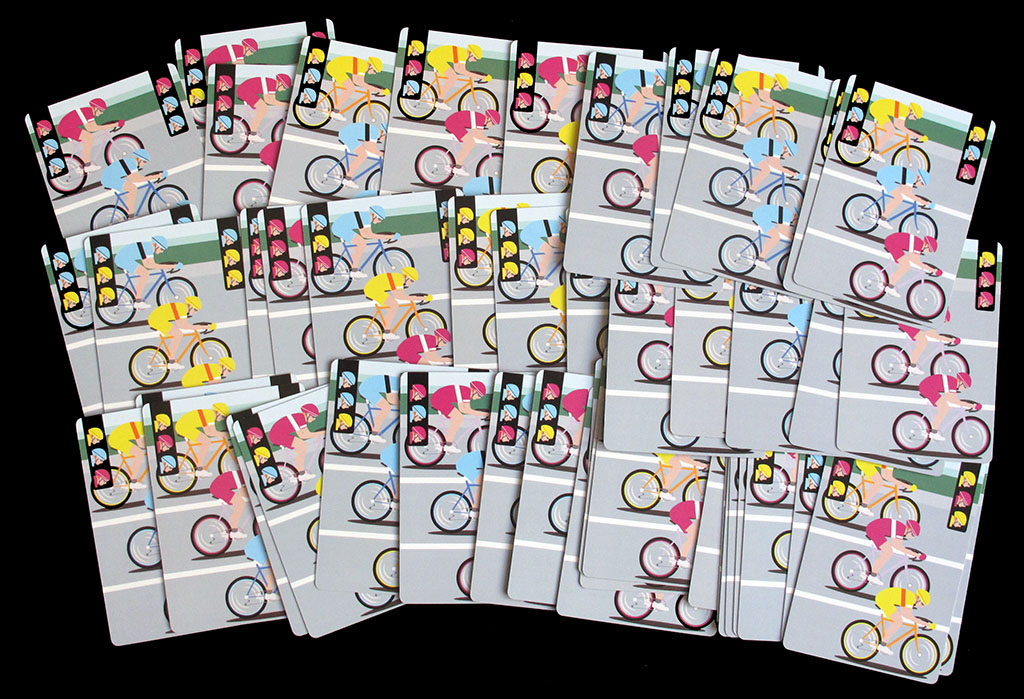 Cards have three lanes, and each lane features a cyclist which can be of three different colours (red, yellow or blue).This makes 9x9x9=27 different cards; there are two of each in the 54-card deck.

Players are dealt 5 cards each, and they play by turns. At the start of the game a card is returned and a marker is placed on the topmost lane. A card can be played if it matches the color of the lane with the marker (single color match) or the other two colours (double color match). Under certain circumstances the player may move the colour marker to another lane. Of course, players who are not able to play draw the top card from the deck.

There is an "ATTACK" rule in which a player bids on the next player not being able to play (this rule is useless in a two-player game, by the way), and that is pretty much all.

Game after three cards (the rightmost) have been played.

The marker is wooden and cycling-shaped, but it does not look like a racing cyclist, does he?

The rules are in four languages (Japanese, German, English and French). The game, of course, is game is language independent.

Thanks to Hans Plattner and to Oriol Comas for the tips and help about this game.