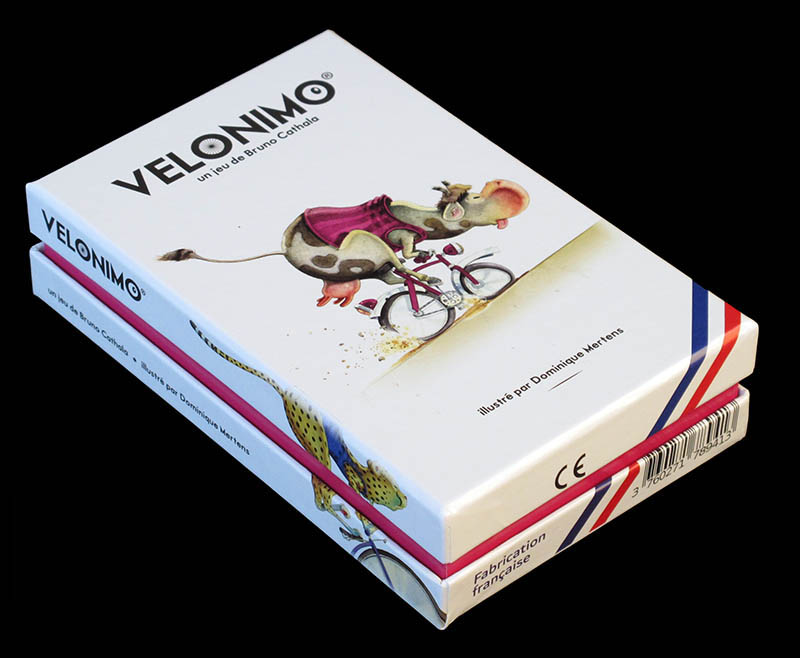 Here is a cycling-themed card game by French award-winning game designer Bruno Cathala. It is a shedding type card game, that is, a game in which the player's objective is to empty one's hand of all cards before all other players. The "theme" of this game is a fight for the King Of the Mountains jersey of a cycling race, which makes it quite special among cycling games, although the relation between the theme and the mechanics of the game is quite faint in some aspects, and the (otherwise gorgeous) illustrations by Dominique Mertens are not meant to tighten it.

I have read somewhere this if this game been German instead of French it would probably have been published with no theme at all. I do not  agree with that. To me, it is a cycling game indeed. But then, I see cycling games everywhere...  ;-) 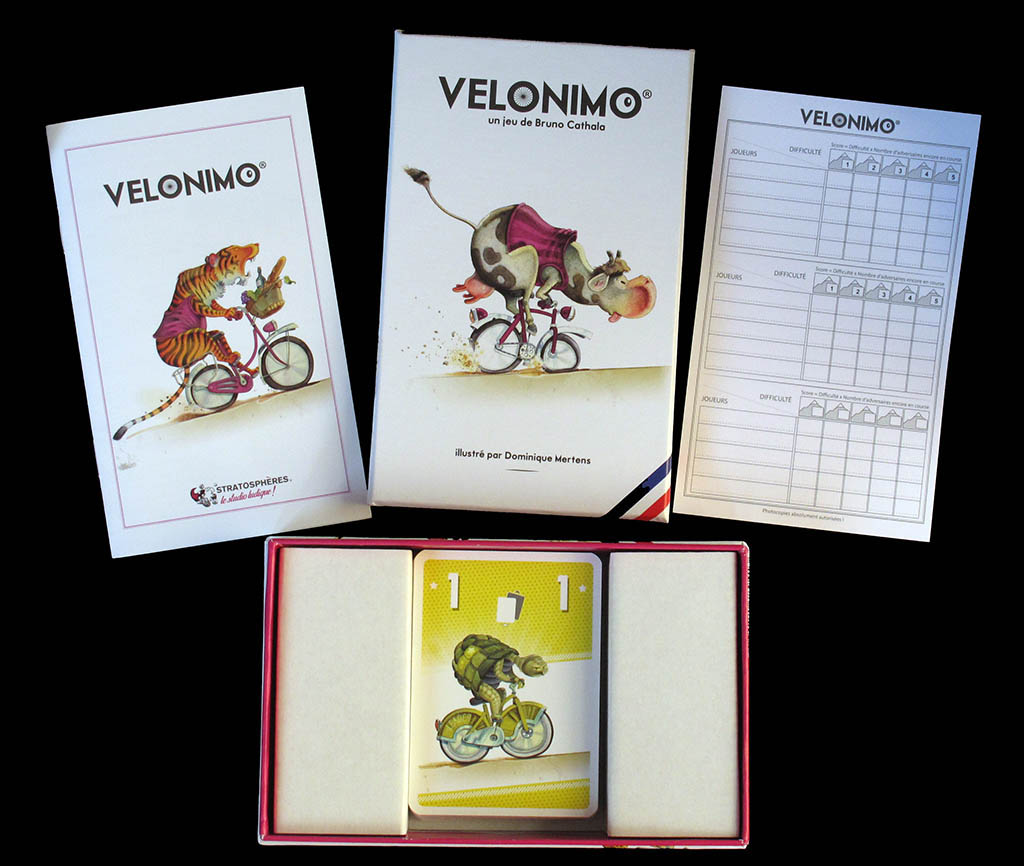 The game can be played by 2 to 5 players, though the rules for 2 players are a little different (as is quite usual in modern games). It is played with a deck of 56 cards: seven cards (numbered 1 to 7) in seven different colours, six special ("hare") cards with values between 35 and 50, and a special KOM maillot card. 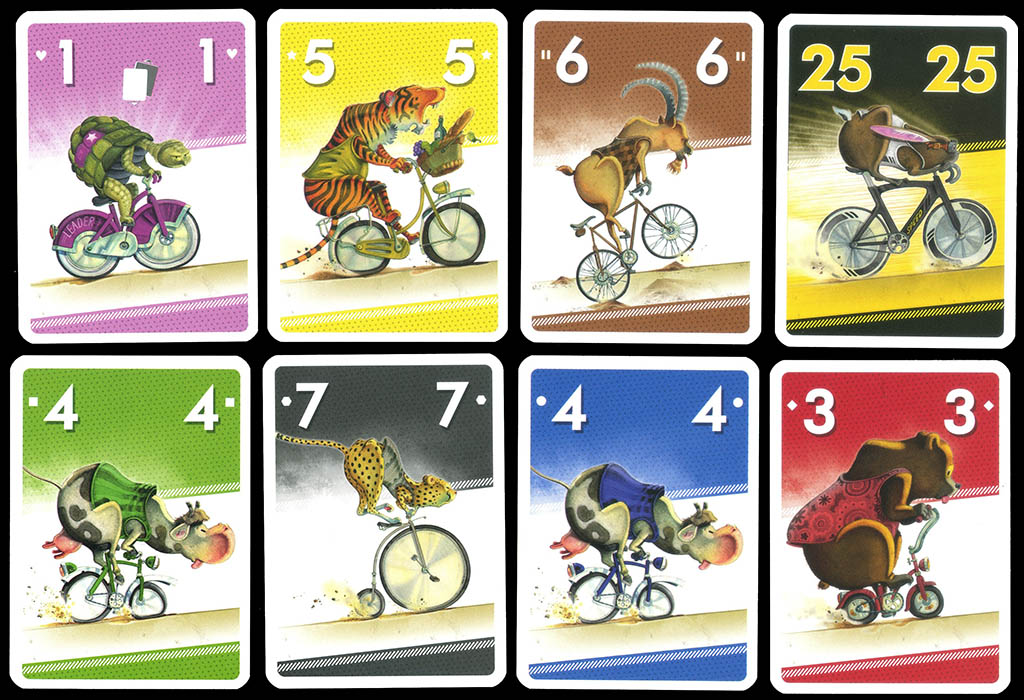 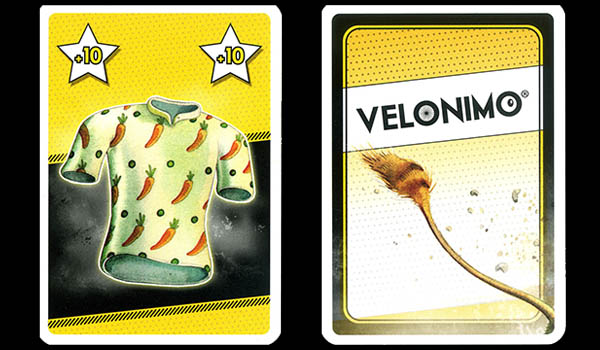 Left: KOM card. Right: back of the cards.

The special KOM maillot card does not show a red-dotted maillot but a "peas-and carrots" maillot which is an untranslatable (at least by me) pun on the French "maillot ŕ pois rouges". By the way, the rules included in the box are only in French. But we all read French, don't we? ;-) 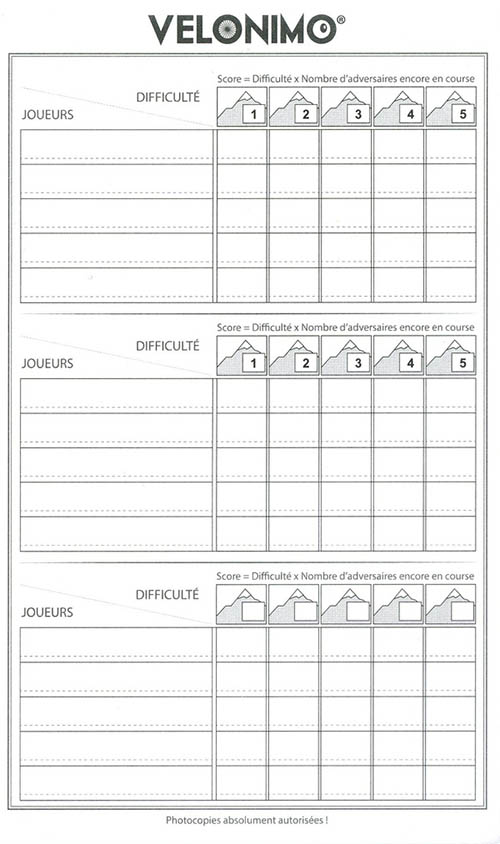 As you may deduct from the score pad the game is played in five rounds (climbs) of growing difficulty (value). In each climb a player scores according to his place in the race and the difficulty of the climb (for instance: in a four-player game the three point climb scores 9, 6, 3, 0)

You are allowed (and encouraged) to make copies of the score pad.
Of course you can also chose to download it from the game publisher's website. 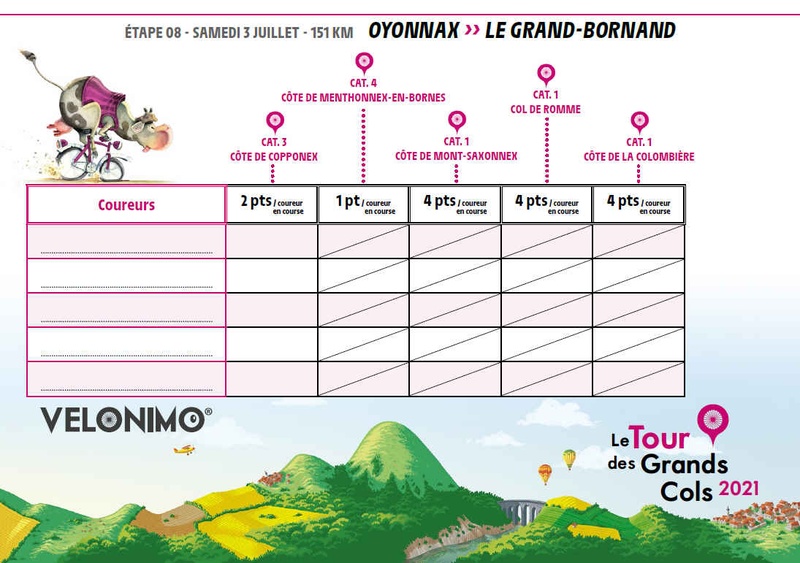 But you can also download the stages from the Tour de France 2021 from Bruno Cathala's website (direct link here) and enjoy a much longer game. I absolutely love that. Who said the cycling theme was faint?  By the way, if I were you I would download it before the Tour de France asks for royalties ;-) 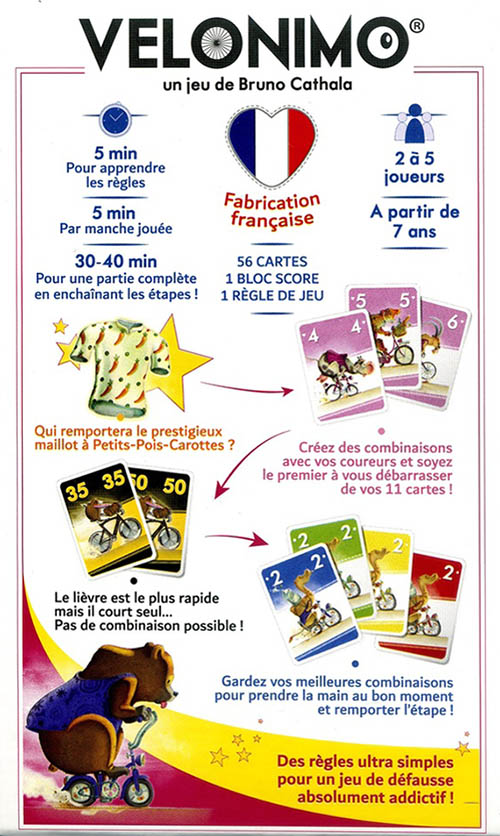 Thanks Didier for the tip that allowed me to buy this game.