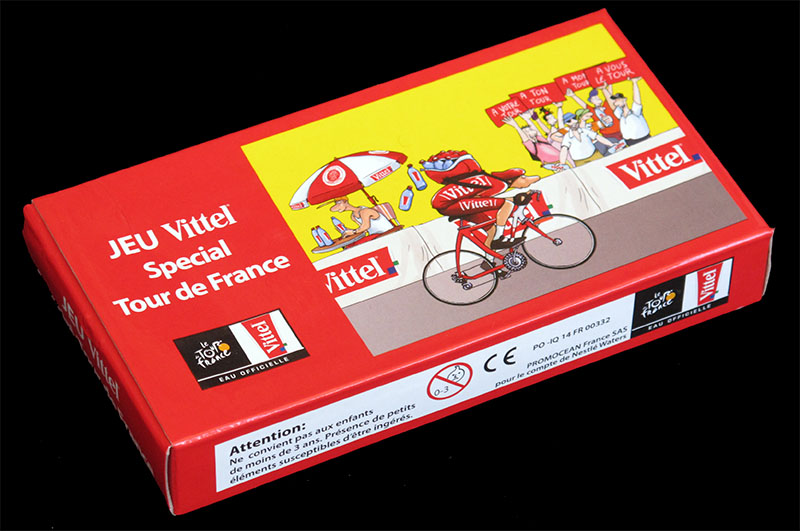 Small (closed box: 13x7x2 cms) promotional game. Of course it is a Ludo game, not so different from this other game.

Since it appeared just before the 2015 Tour de France, I would have guessed that this was a "Caravane du Tour" freebie but, as far as I know, this was not the case. 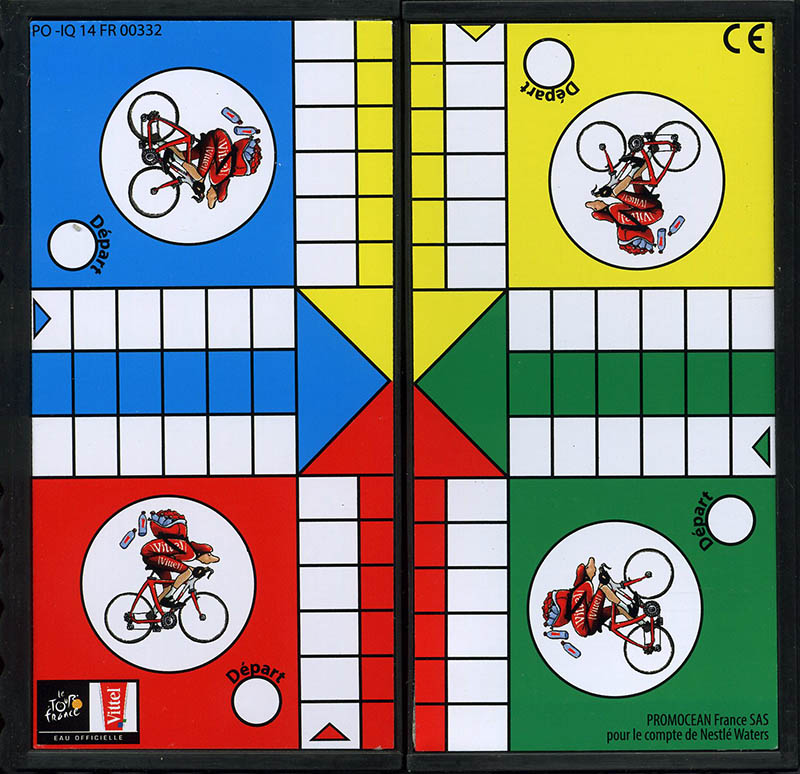 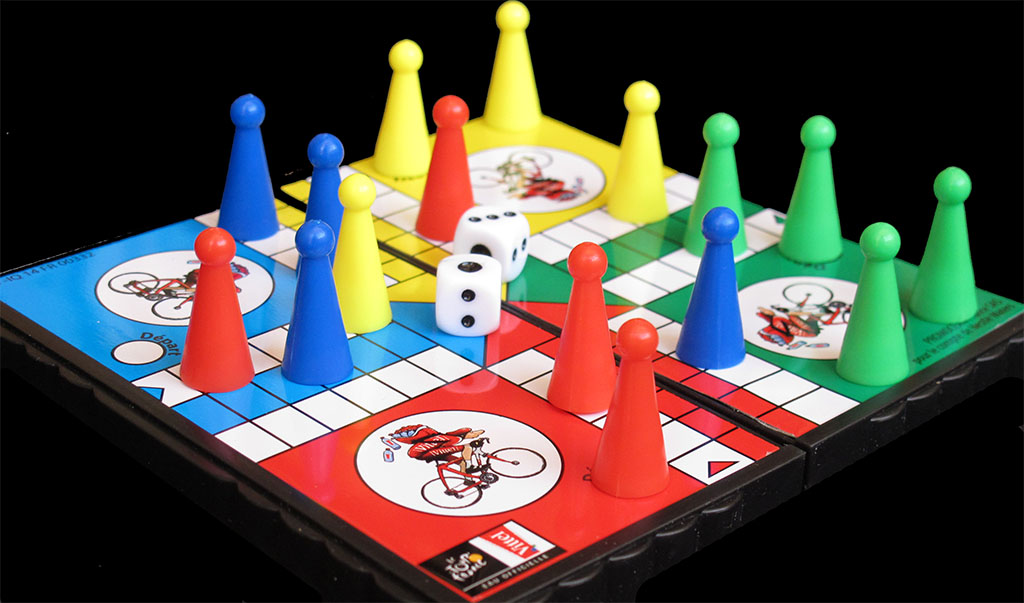 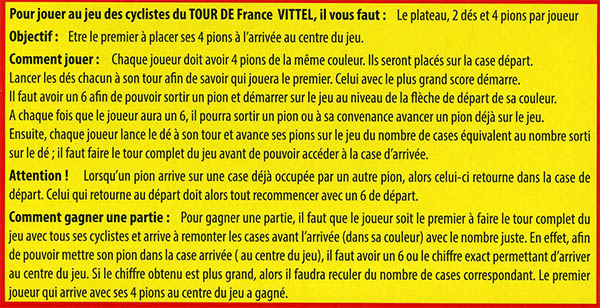