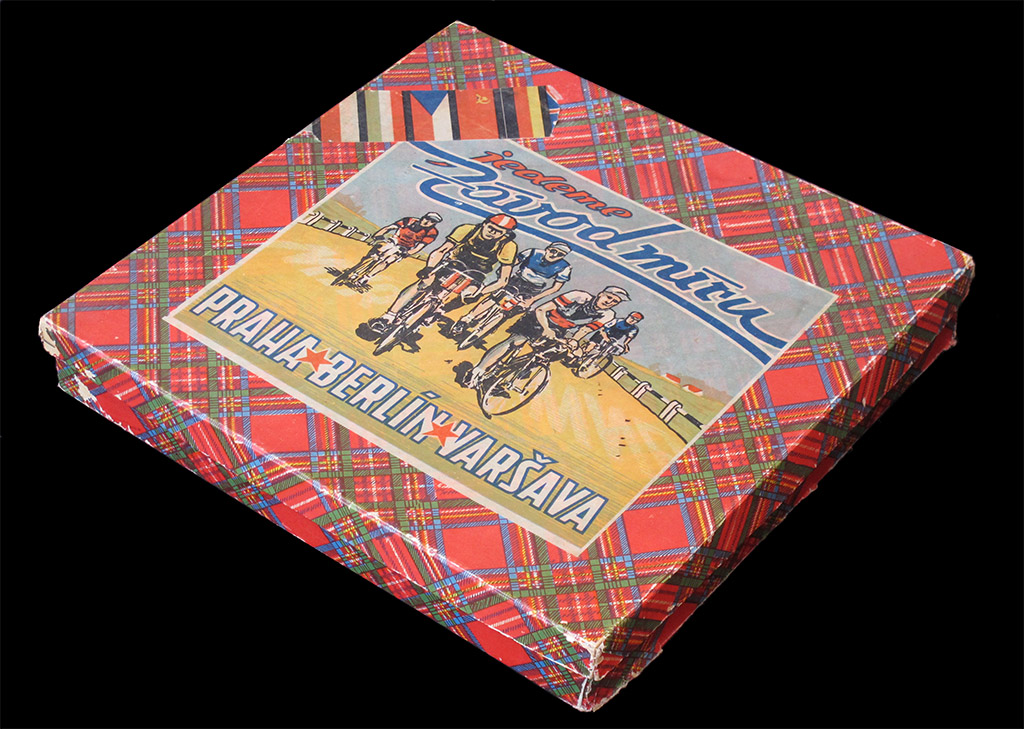 This is an unusual Czechoslovakian game that represents the Peace Race (in Czech: Závod Mirú, also known by its German name, "Friedensfahrt or by the French "Course de la Paix"). As you probably know this race was a stage race held in Czechoslovakia, East Germany and Poland. It was "the world's biggest amateur cycling race". The first edition was held in 1948 and the last in 2006, but by then the race (and the world) had changed a lot.

This is the fourth game featured in this site that represents this race, making it the most represented race in the site behind the three main tours.

"Jedeme Závod Mirú" means "We are going to the Peace Race". If this is the real name of the game or it is just "Závod Míru" is open to interpretation. For the moment I stick to the latter, but I may change my mind anytime. 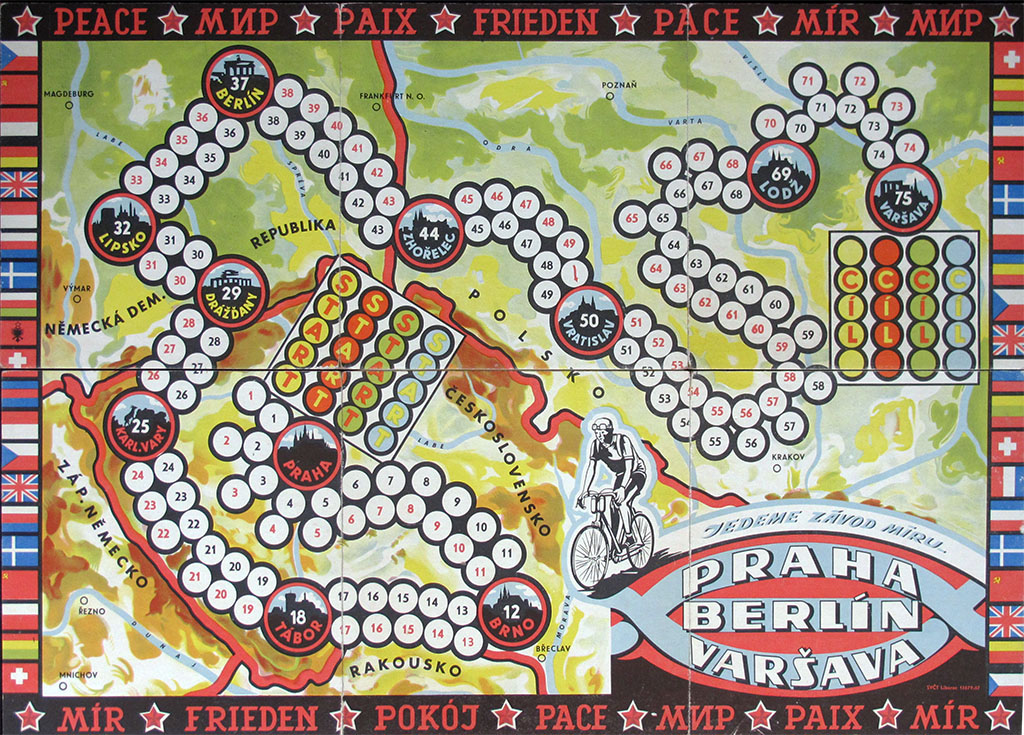 The board is quite big. It measures 98 x 63 cms (the box measures  33 x 32 x 4.5 cms). The course of the race follows quite closely (but not exactly, the stages of the 1957 edition of the Závod Míru, though this was not the only edition to have a similar route - check the 1955 edition, for instance). 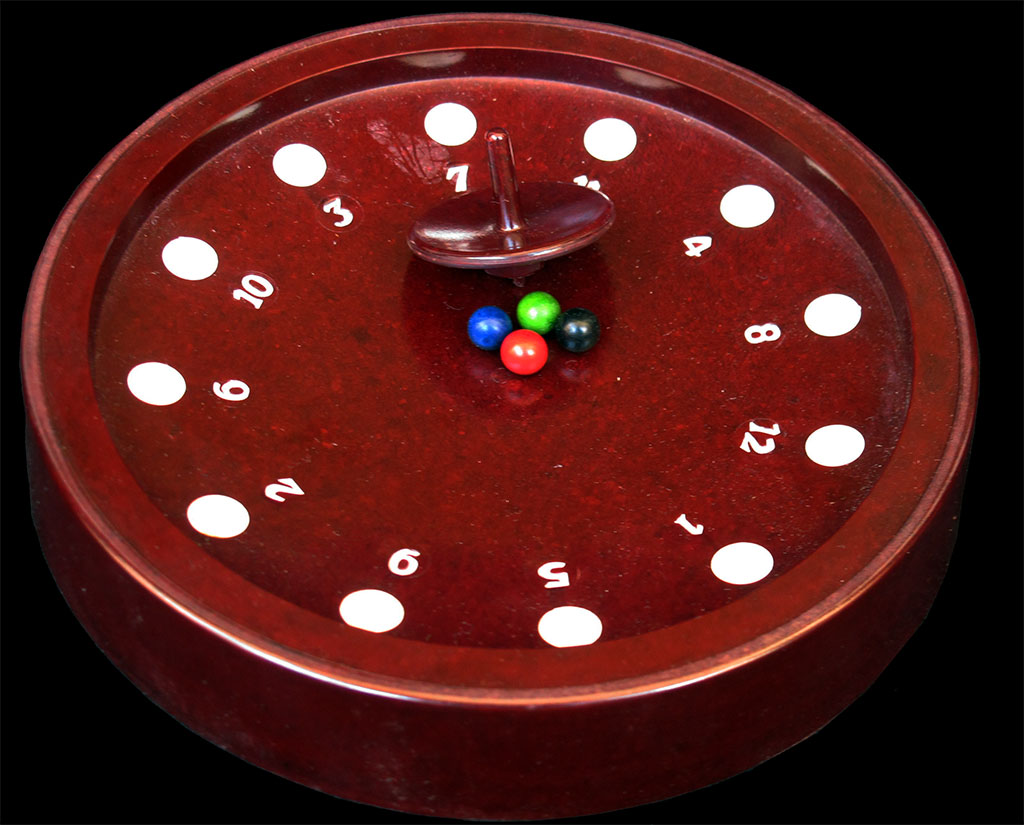 The most amazing feature of the game (and what makes it different) is that it does not have a dice but a spinning top that hits four small coloured marbles which fall randomly into holes numbered 1 to 12. Players need some dexterity to make sure that all the balls fall into a hole, but apart from that the result of the throw is random

By the way, I know this device as a tyrolean roulette, though maybe it has other names.

There are four teams of four riders each. What determines the colour of the team is not the rider itself but the colour of the base, which is counterintuitive (IMHO) the first time you play. Each team has four riders in different colours, which are the colours of the marbles. Besides, there is a yellow riders with a yellow base which does not belong to any team but is supposed to replace the leader in every turn of the game.

In their turn, players spin the top ands move the riders accordingly to the numbers scored by the coloured balls (each ball determines the movement of the rider of that colour). If a ball fails to fall in one of the holes, that rider simply does not move.

The game can be played either as an individual race or as a team race (team races are  customary in socialist countries' games). 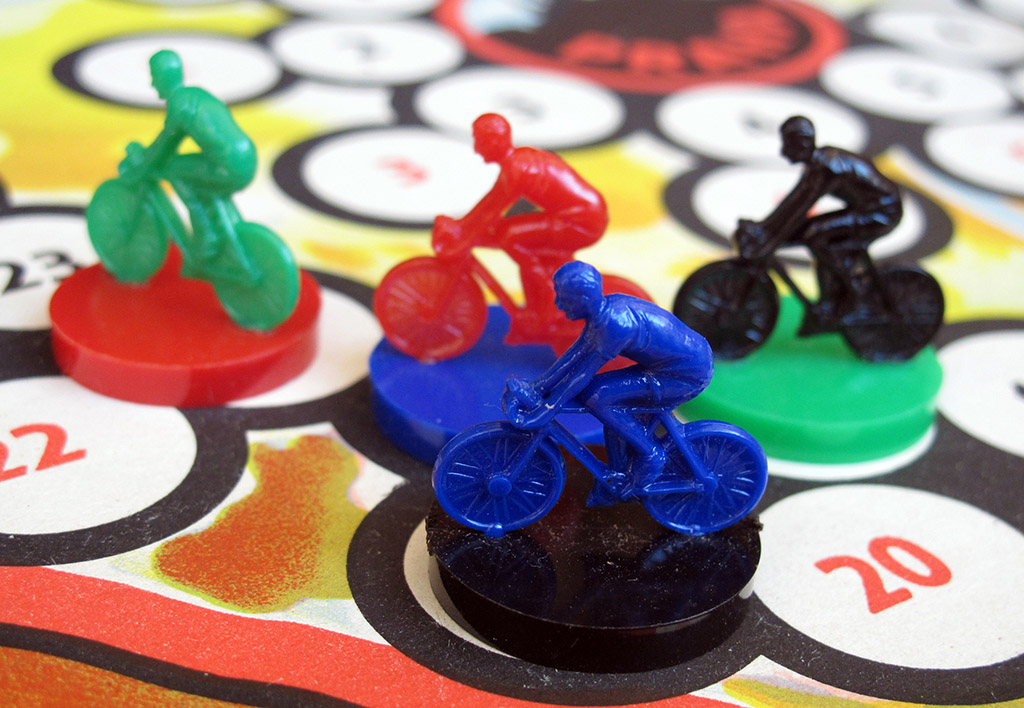 The (blue) rider on the foreground belongs to the black team. 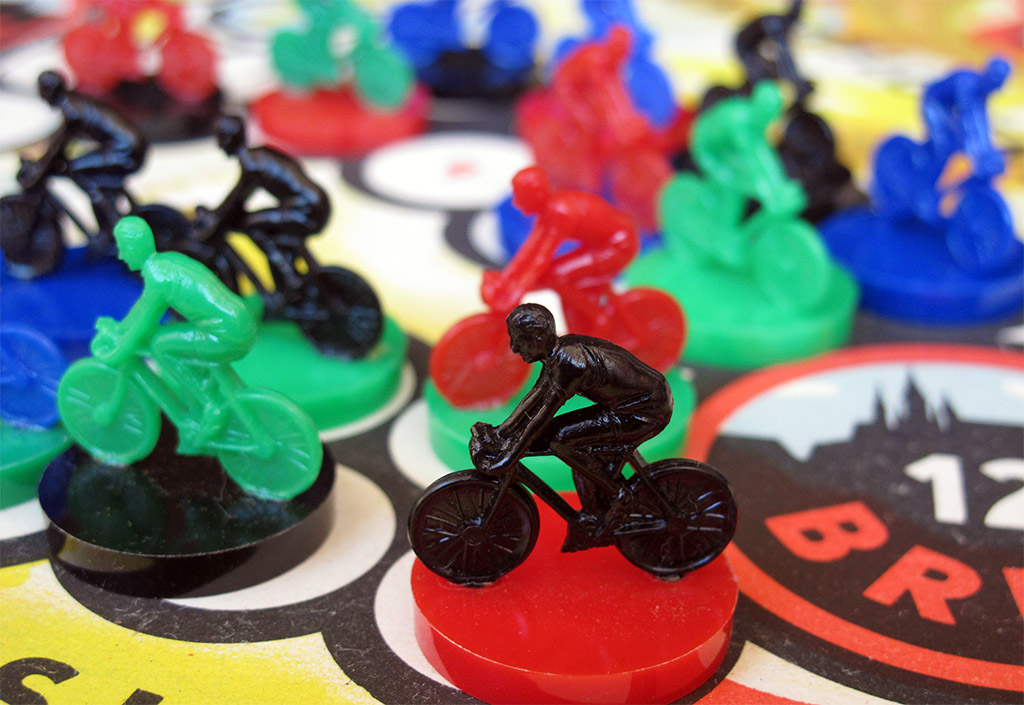 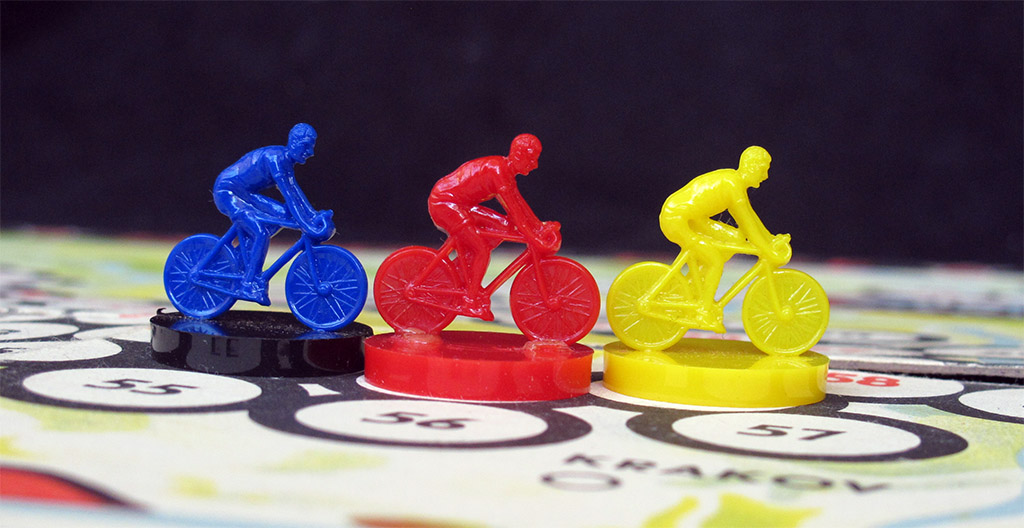 The leader of the race in the yellow jersey. 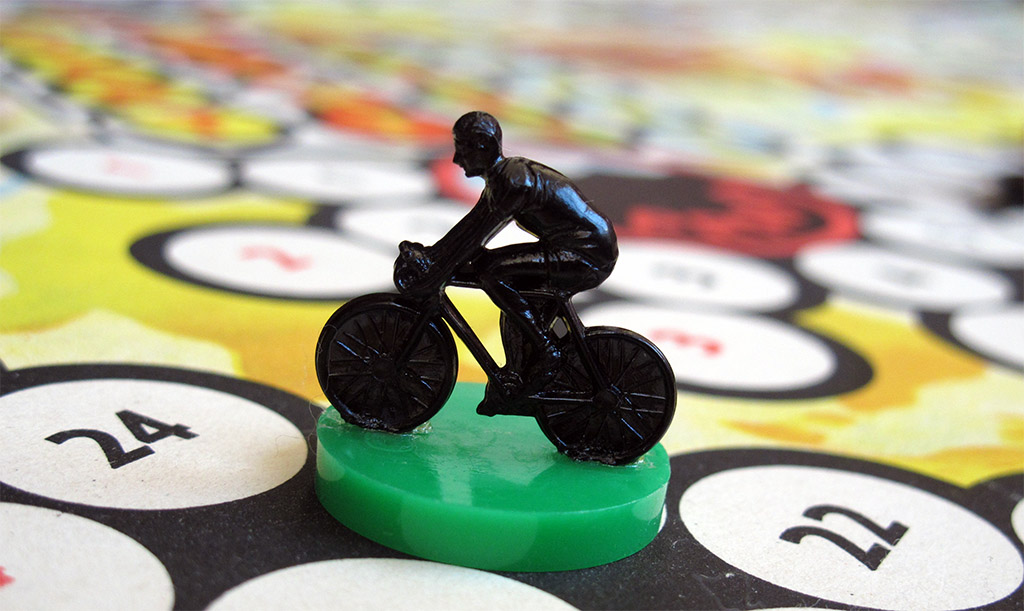 A lonely rider in Central Europe 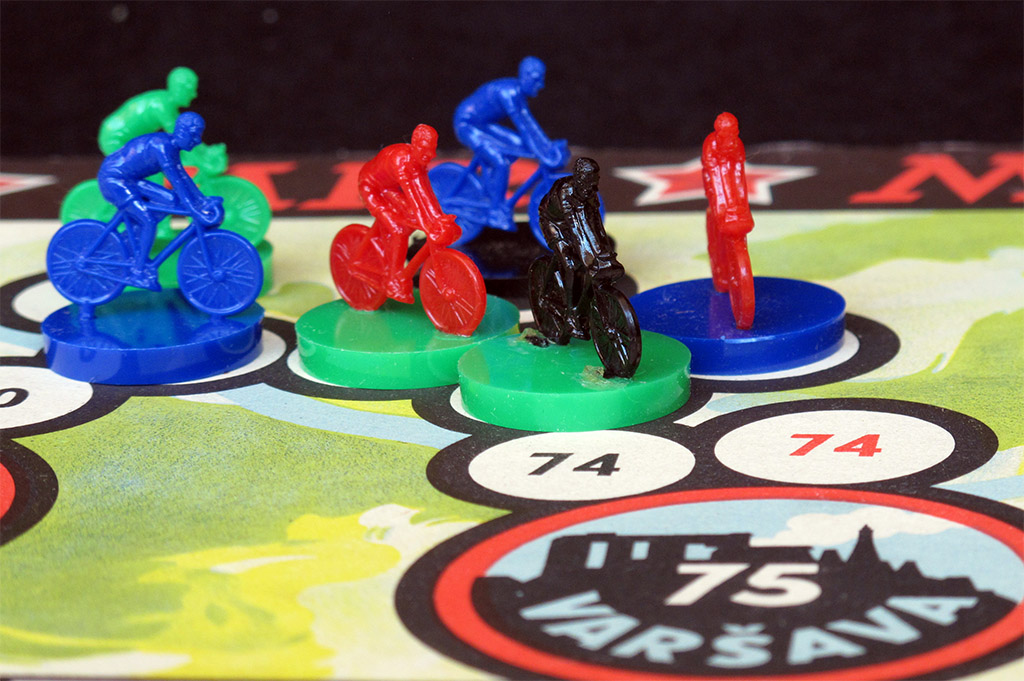 Sprinting to get to Warsaw (though probably the yellow jersey rider is already there). 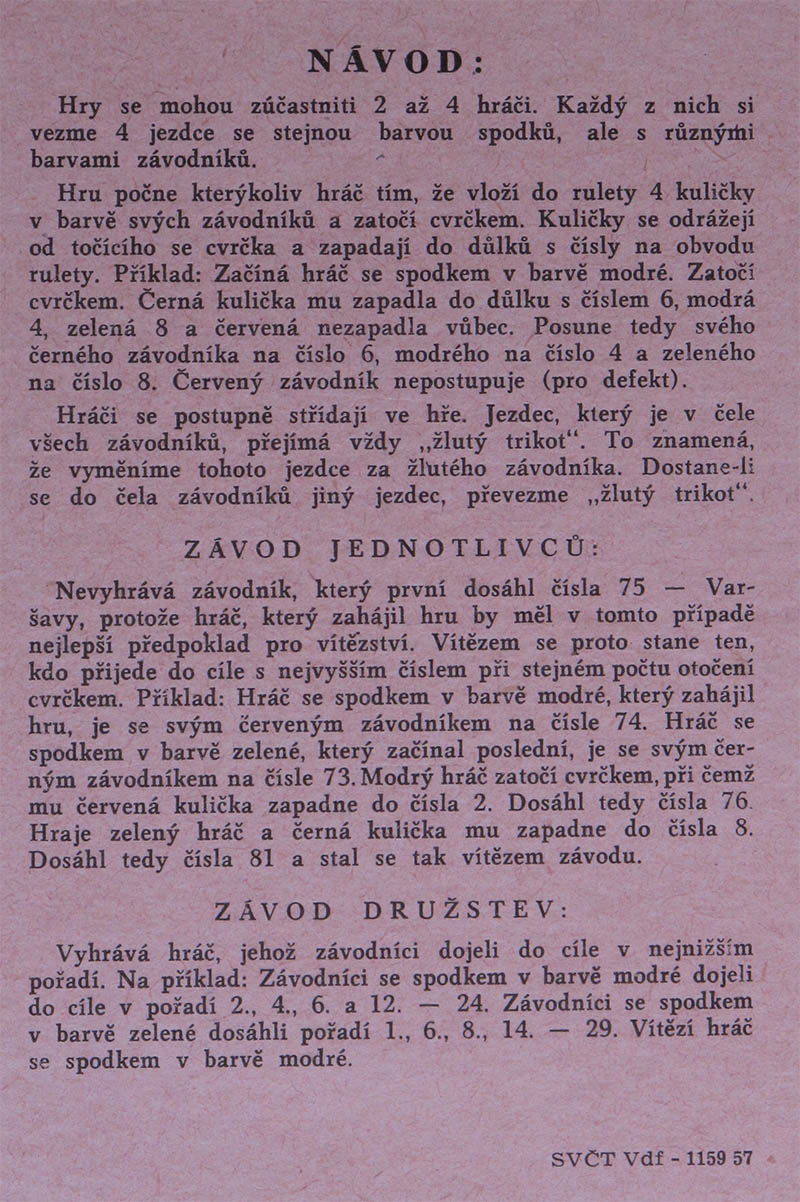 In case you can't read the rules:

And that's all, I think. If you know better, please let me know. 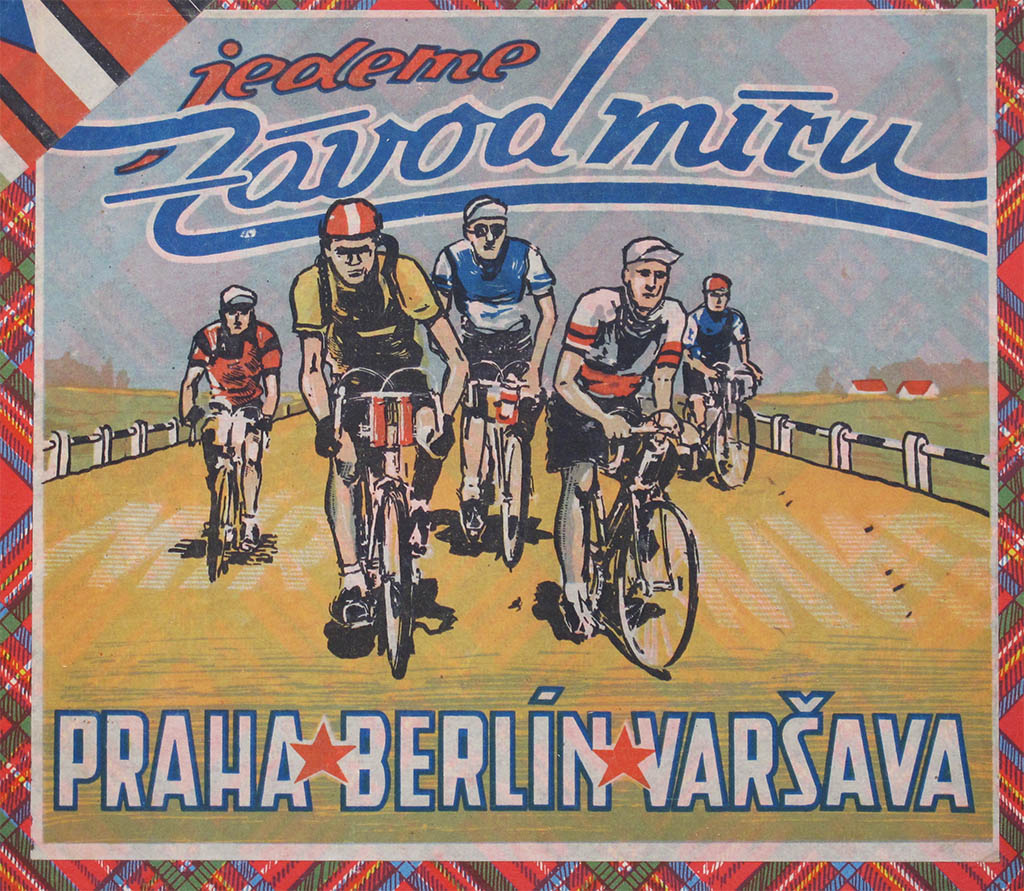 Nice artwork. I would not be surprised to see it reproduced as a poster/postcard/fridge magnet/metal tray/whatever one of these days.

Thanks Laisvydas for the tip that allowed me to find this game! 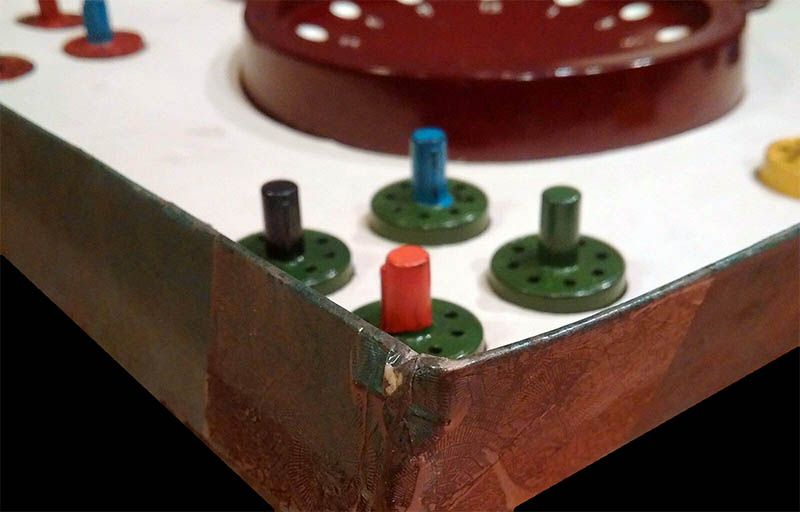 There is a previous version of the game, from 1955, in which the riders were not there yet. Instead of riders there were circular pieces as you can see in the picture above (found on the internet, published with permission - thanks Mike!).