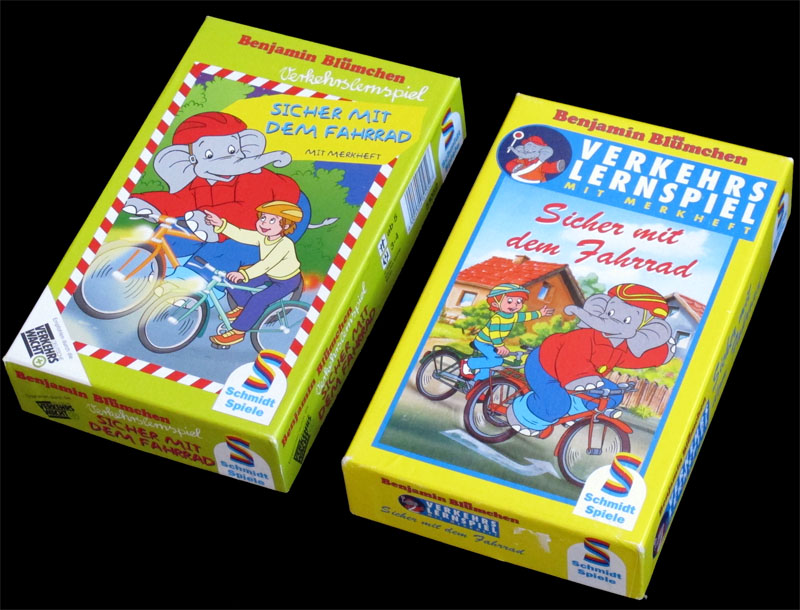 Here are a couple of simple kids' games made in Germany. They are very similar (same title, same editor, almost same rules, even same back of the cards), but I guess you can assume they are different games. Or maybe not (anyway who cares?). Of course Benjamin Bl■mchen is an animated children's television show very popular in Germany (though quite unknown in the rest of the world), and is used here to teach safety rules. 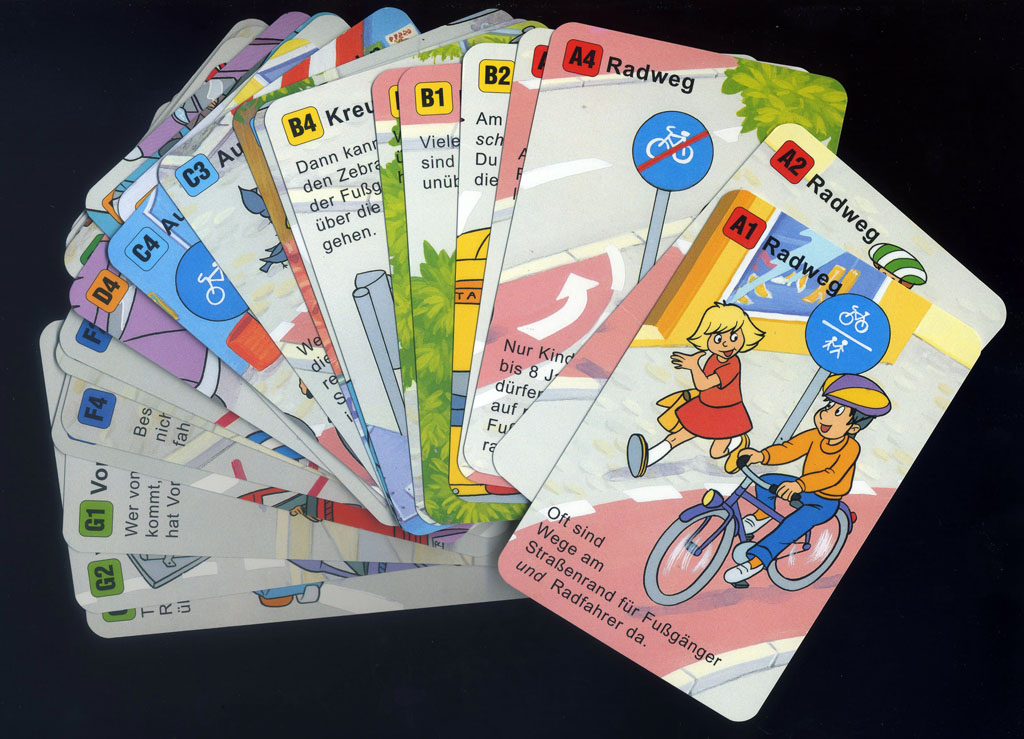 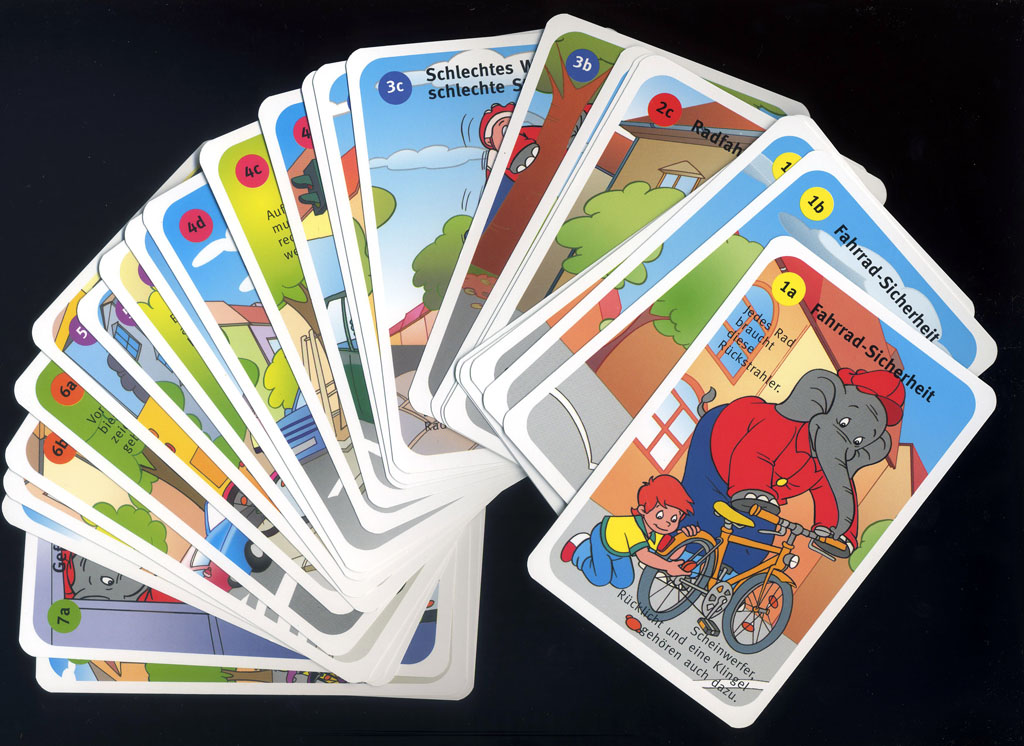 Thanks to Eamon for sending these.