When I was a kid these were really popular in Spain. They were sold in bazars, in "surprise" paper bags, so you could never really tell the contents until you opened the bag. Most Montaplex bags were military-themed (just Google "montaplex") but there were some more peaceful contents like sports, vehicles...

There were three cycling bags (Tour, Giro and Vuelta), though there are many variations (different backs, price tags, etc...). 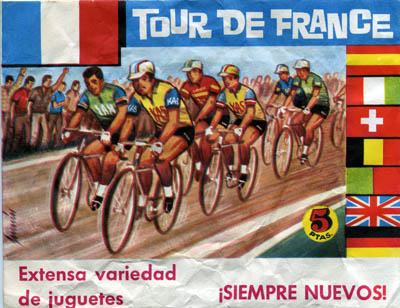 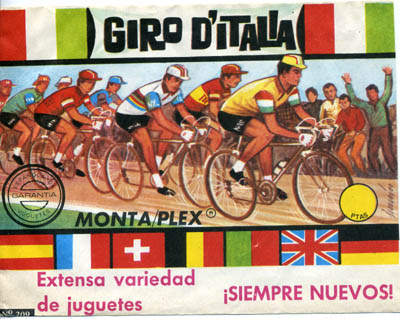 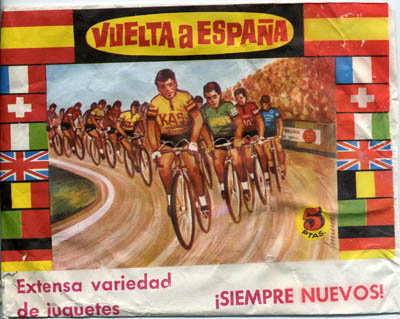 The contents of the kept changing over time. In general you could expect to find around 20 tiny low quality ciclists (roughly at scale 1/72), all the same colour, and some extras, which might be spectators, motorbikes... 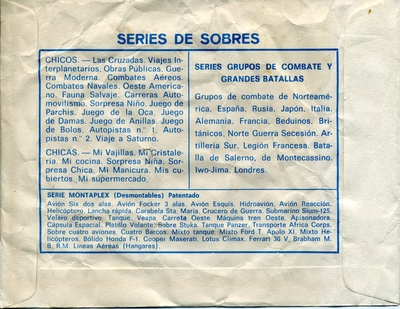 Although the riders were all in the same colour in the same bag, generally different bags carried different colours, so you could have a nice multicolour peloton. (Sometimes, though, there were bigger riders in these bags. I always felt disappointed when this happened, since there well less riders, and I really loved the smaller ones). 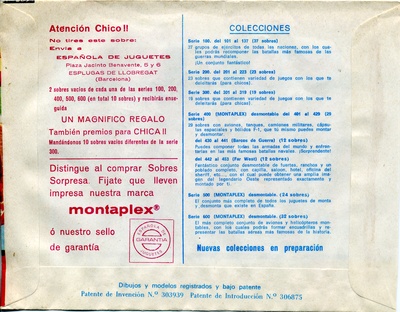 The quality of the contetnts also varied with time. In the 1/72 scale there were at least two qualities. The lowest quality featured riders in 4 positions on the bike, the higher quality had more variation, like 8 different positions. These are quite rare. The yellow riders in the picture above are of the higher quality, though it is hard to see in the photo.

This set is even rarer: the riders are slightly bigger, weels are solid, the vehicles are nice (though flat):

One quite common thing you could find are those complements (camera and/or banner). These fit any 1/72 car... but I never found any car that fitted in a cycling Montaplex bag, althogh you could find completely different cars. 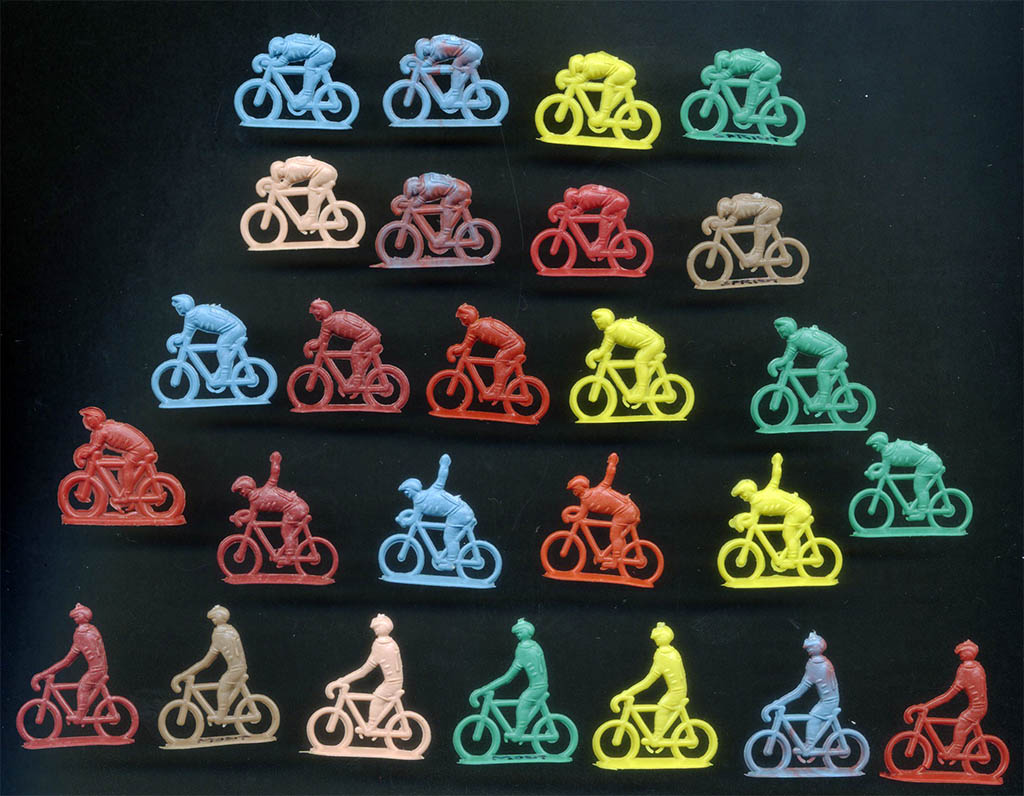 I was recently able to purchase some unopened Montaplex bags, which give you a good example of what you might find in them. Though there were "Vuelta a Espańa" and "Tour de France" bags, th contents wre quite similar. Almost all the riders were yellow (a couple of bags had blue riders), all the bags had spectators (mostly green), some of the bags featured a camera or a banner (occasionally both!), and all the bags featured one or two (!) Ford-T cars with no apparent relation with cycling.

Most of the paper bags were in poor condition but I have saved the best unopened ones to trade. Email me if if you are interested, but hurry up since I have just a few.

By the way, one of the videos I made for the Figueres exhibition features exclusively Montaplex riders (and spectators):