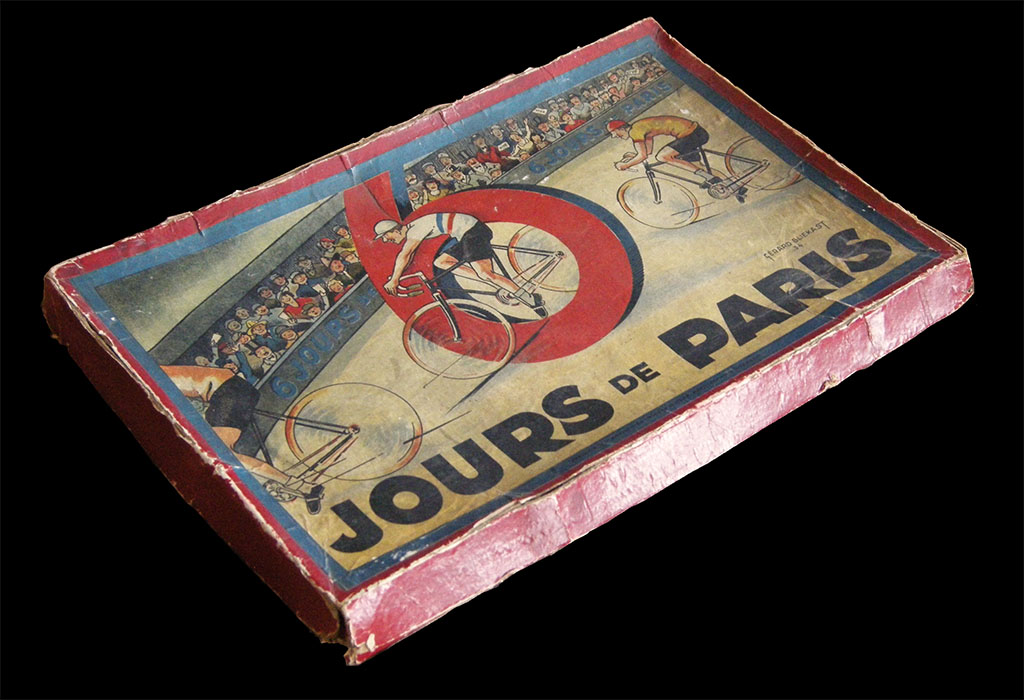 A rare beautiful oldie that I have received as a gift from the Collection Pierre & Bilou (to which I am eternally indebted, for this gift and for many others). The game is named after the famous race held annually at the Vel d'Hiv track. 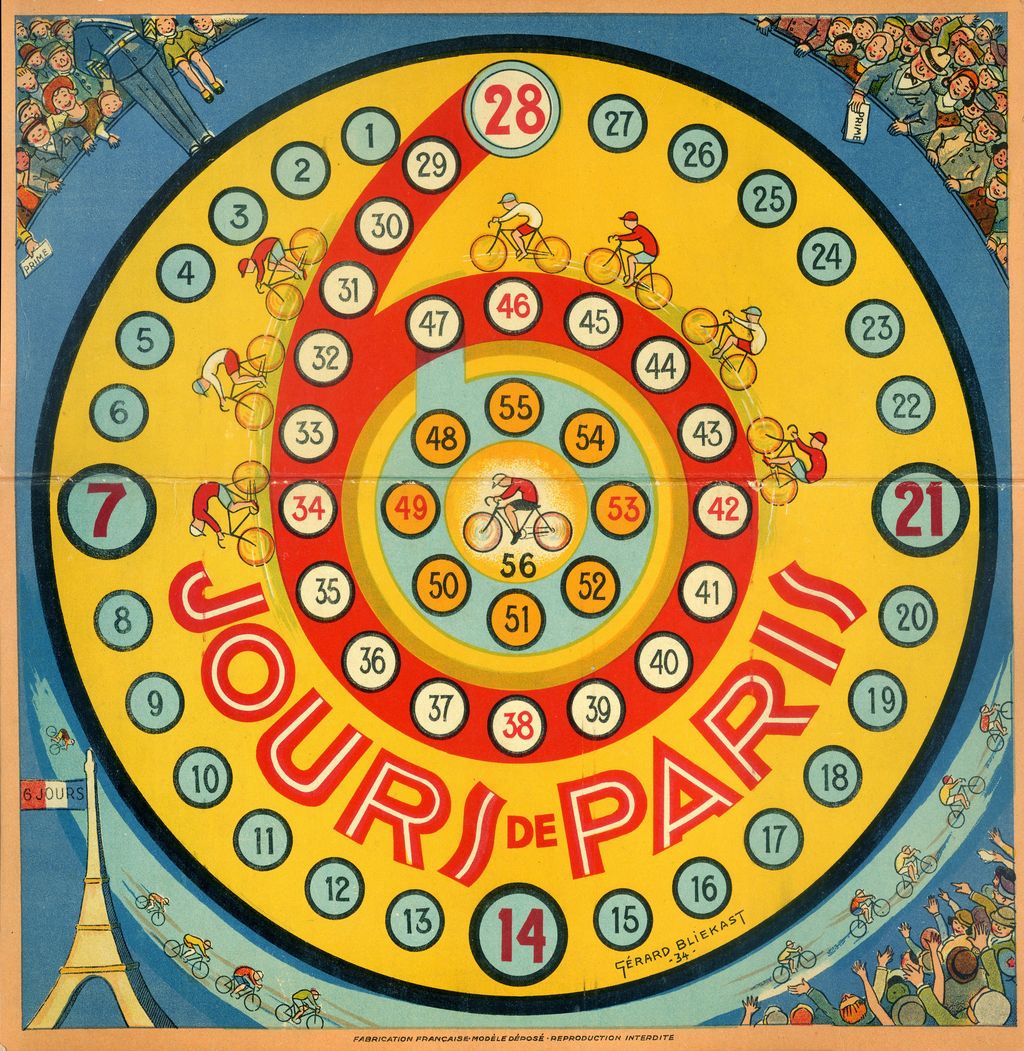 There is not a maker's name on this game, but the board is signed (and dated!) by the Alsacian painter Gérard Bliekast (1912-1990). 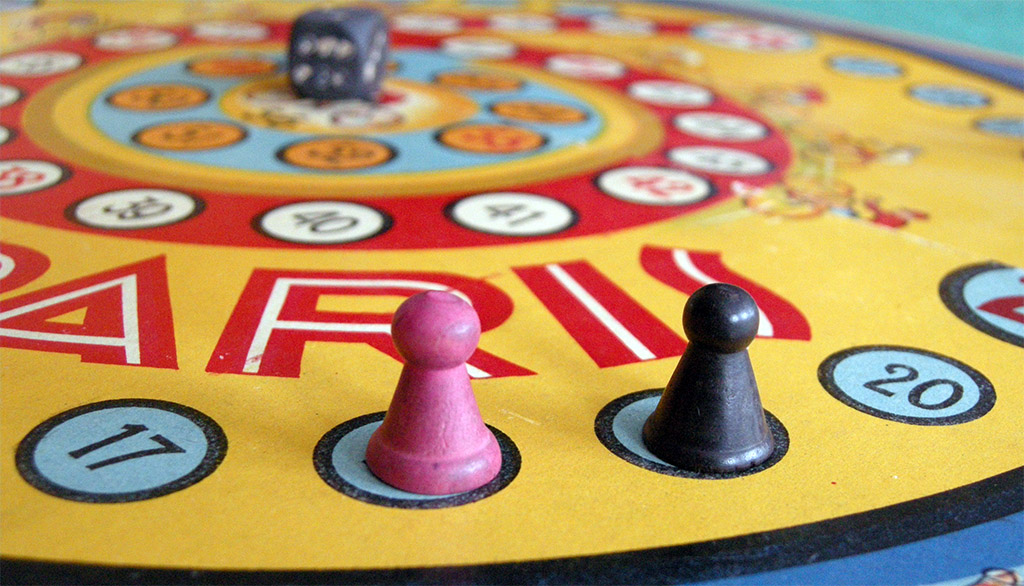 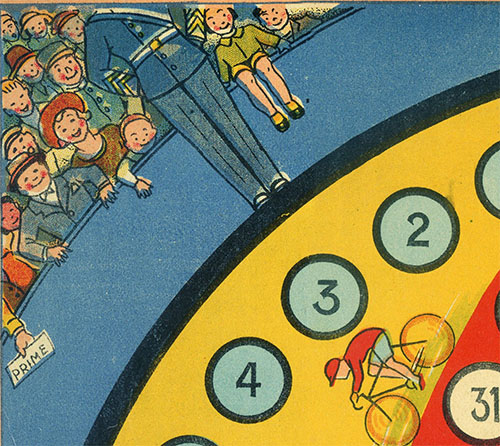 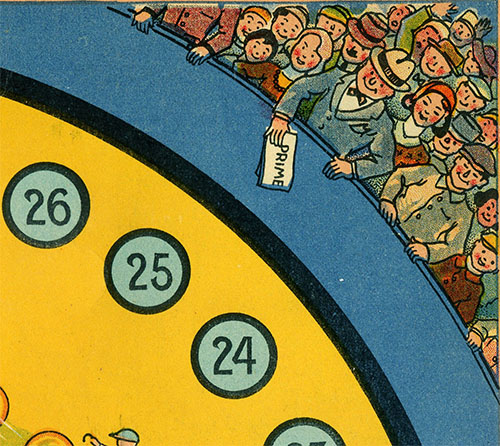 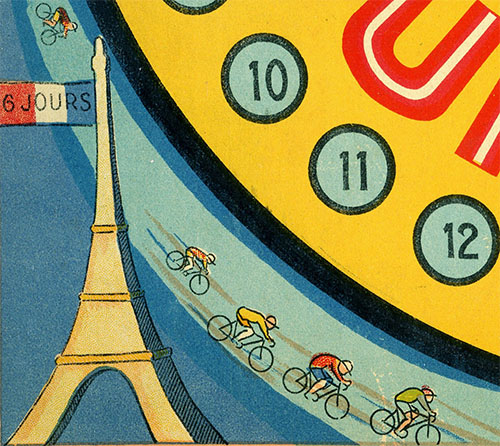 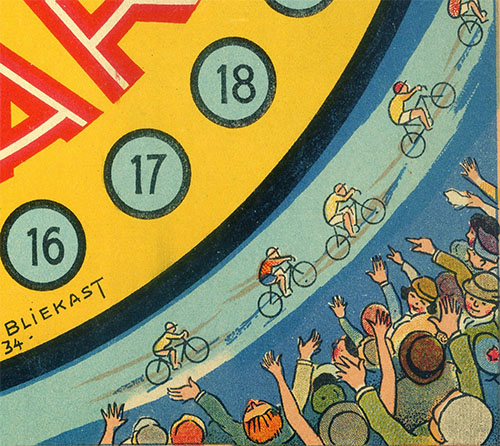 Remark some audience members (one at each top corner of the board)  holding a paper where "PRIME" is written. 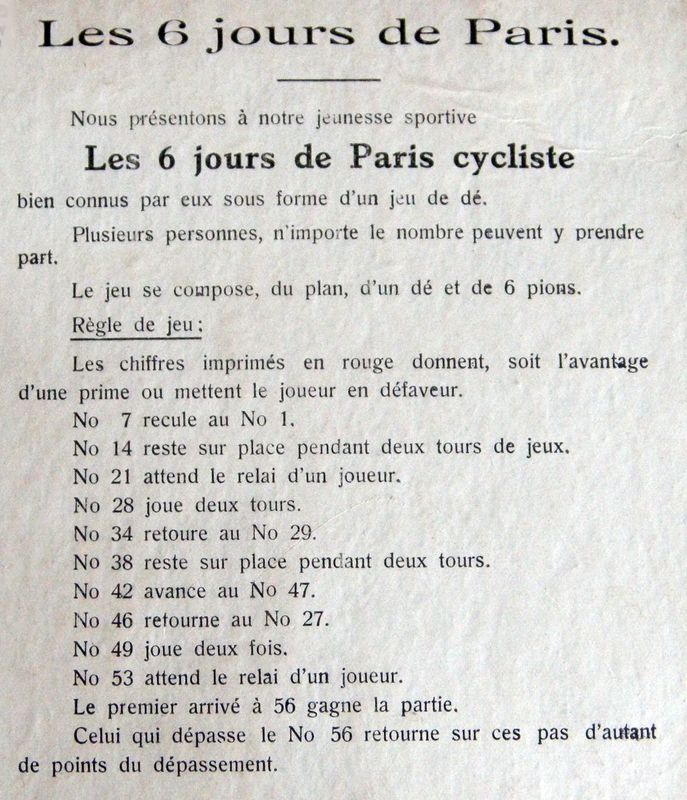 Despite its name, this game does not represent a track cycling race. It is simply a game of goose.