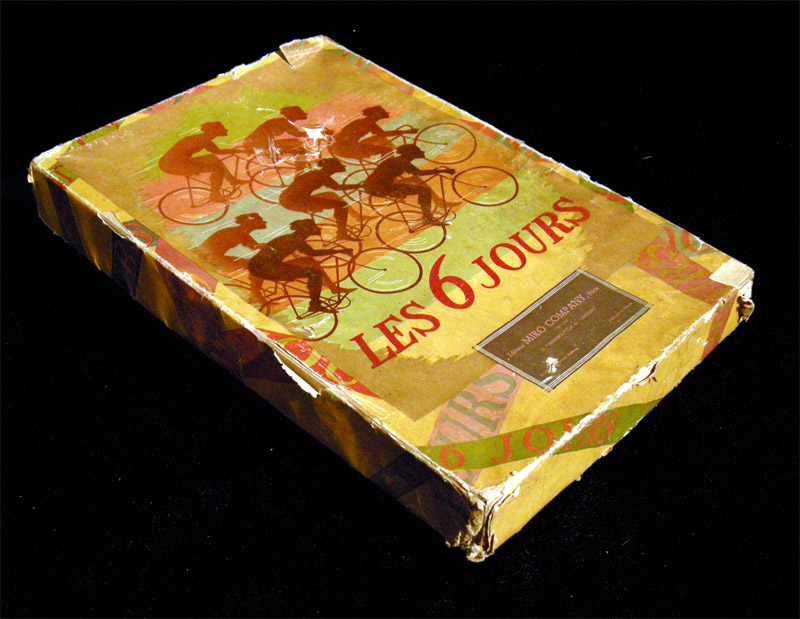 There is a previous version of this game called "Les Coureurs du Veldiv". But sometime during the first part of the 1950s "Veldiv" became a rejected word in France (thousands of Jews were held in it during the second world war before being moved to a concentration camp) and the game was renamed "Les 6 Jours" 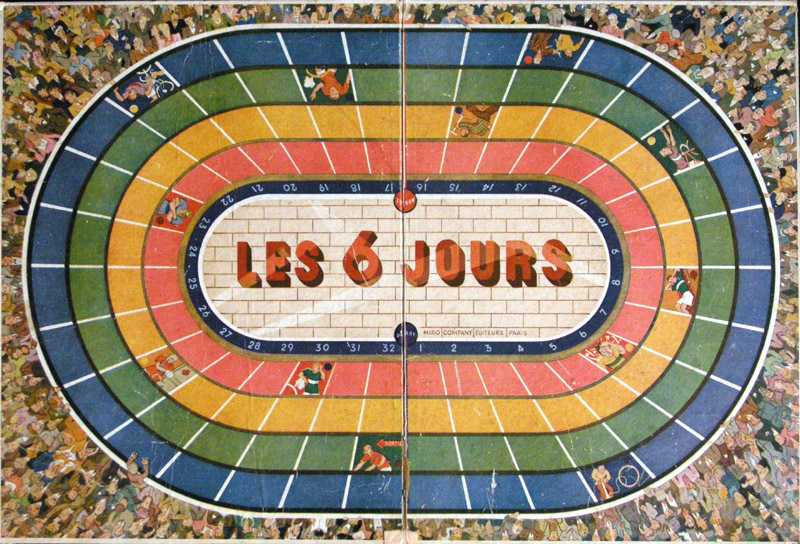 The most special thing about this game are the cyclists, which swing to and fro. 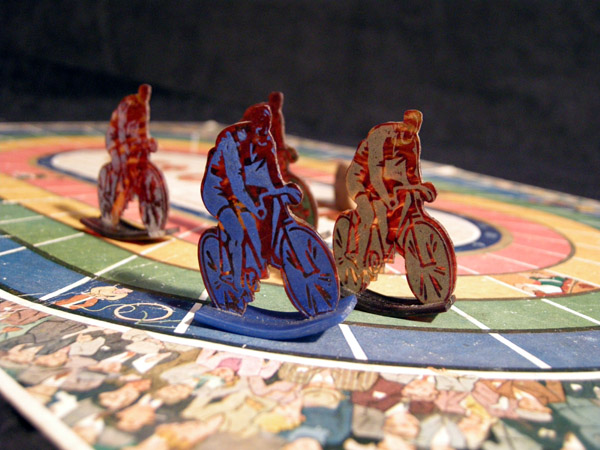 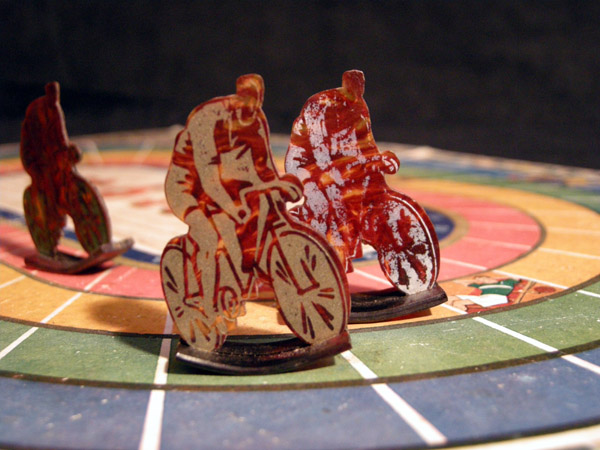 Miro had released a horse racing game ("Ascot") with horses that also swung. It worked nicely with horses, but I don't tthink it works for cyclists. 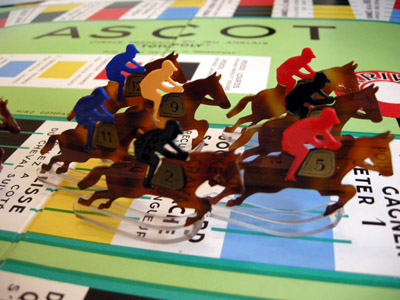 Nothing really special about the board... 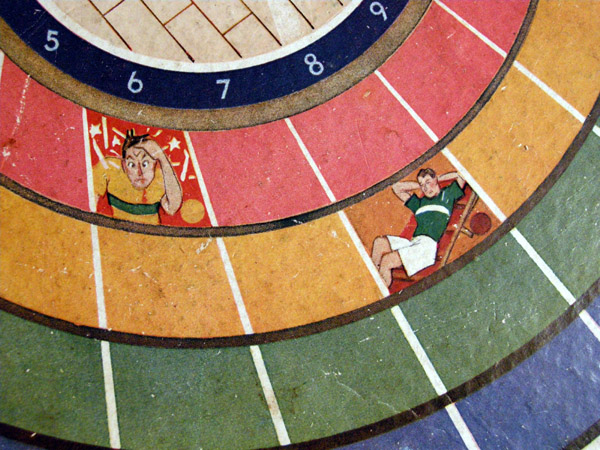