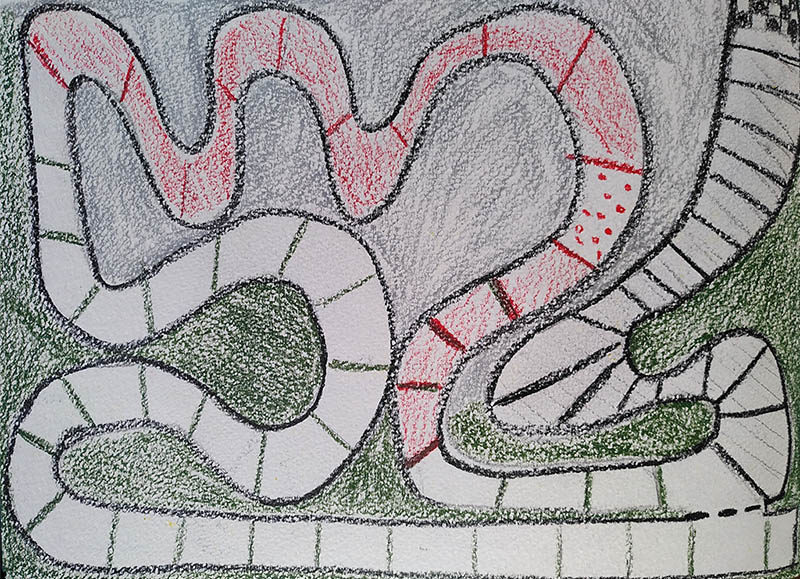 L'Arrivée du Tour is a print-and-play game by Gildas Fresneau from France, who has recently launched his website On Other Boards where he offers his games for free. Among the first games he offers is this cycling game. In fact, I could even say there are TWO cycling games, as there is a "Junior version" with simplified rules, intended to be played by his 6-year-old son. 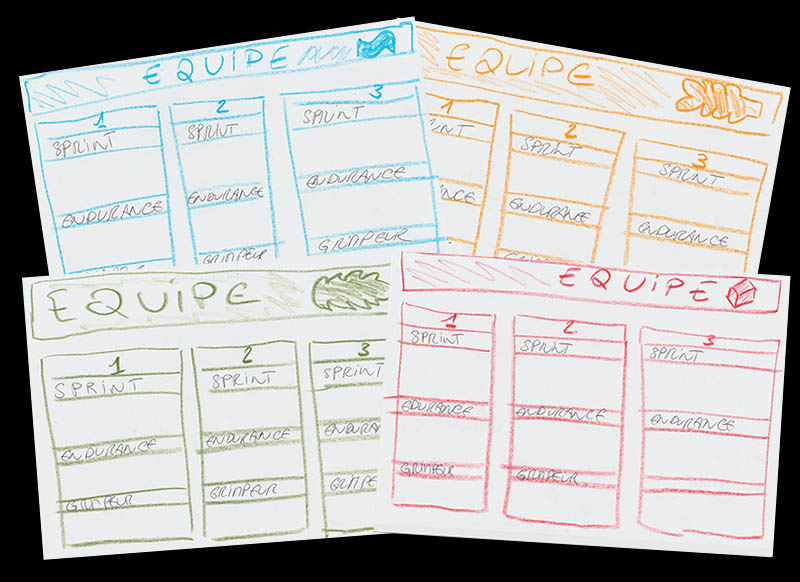 Gilles graphic designs are rough, as you can see. (In a prominent place in his site we read a quote by Linkedin's founder Reid Hoffman that says "If you’re not embarrassed by the first version of your product, you’ve launched too late"). However, don't let the design fool you. The rules are not so simple as one might think. In fact, the are NOT simple. Even the Junior version is not that simple. I would not be so sure a six-year-old can play it. (Or maybe I should quote Groucho Marx again).

For instance, at the beginning of the game each player allocates a total of 15 points to a racer, divided between the sprint, stamina and climbing skills, which he writes in his team sheet (see picture above); each racer will therefore have a unique profile. (I am talking of the "senior" version here; there are simplified team sheets for the junior version). 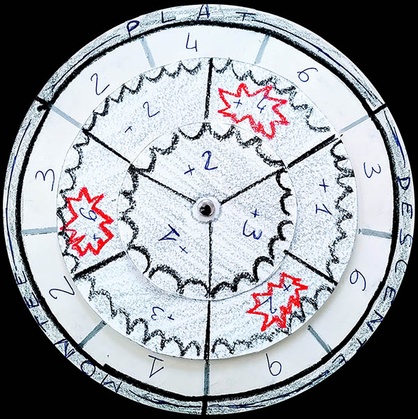 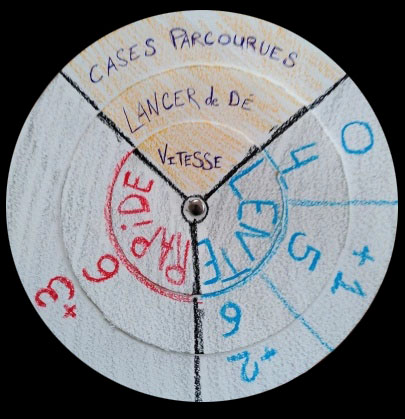 The Pace Wheel on the right is belongs to the Junior version of the game.

There is a "Pace Wheel" (and again a simplified version for the junior game) made of three concentric circles which indicate the number of squares traveled per turn depending on the terrain and pace (outer circle), the additional necessary points to start a successful breakaway (middle circle) and the additional necessary points to successfully counter a breakaway (inner circle). You get the idea...

Anyway, you can (even: you SHOULD) judge yourself whether these games are simple or not, and whether they are worth a try. You can download them directly from the author's website. By the way, all the games on the website have English and French versions.

Here are direct links to the games:

Description written in May 2020.