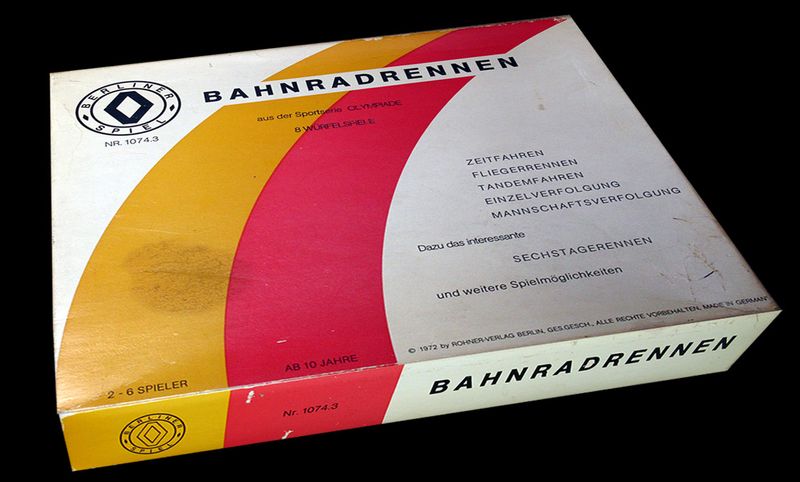 German game from FranÓois Cardinet's collection. Unfortunately we do not have the rules, so all we can say is that it is a track cycling game belongong to a series called "Olympiade", obviously made for the Munich 1972 olympics. 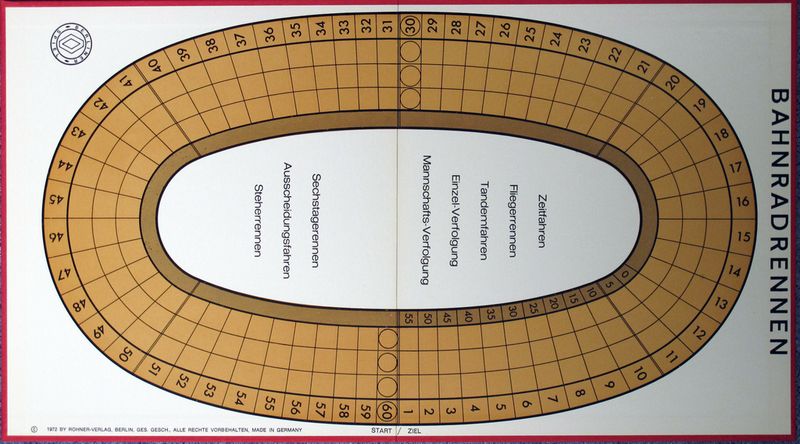 On the other hand, the board lists the five olympic races on top (on the right in the above picture) and then adds not only the six day race but also Ausscheidungsfahren (elimination race) and  Steherennen (motor-paced race). 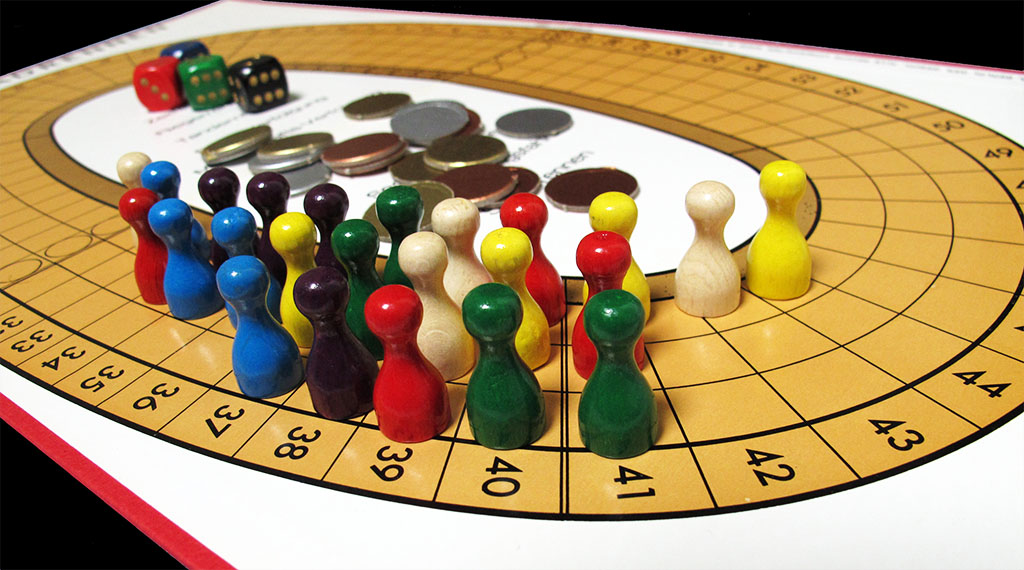 The riders are represented by wooden pawns. There are six teams of 4 pawns, though of course the only race that needs 4 riders is the Team Pursuit. Interestingly, there are 4 different coloured dice (as in my own game Pistard), but nothing in this board lets us guess why they are needed.

As you can see, there are also "gold", "silver" and "bronze" medals (six of each). It is easy to suppose these are awarded to each race winners and runner-ups, and that the winner of the game is the one with the most medals. 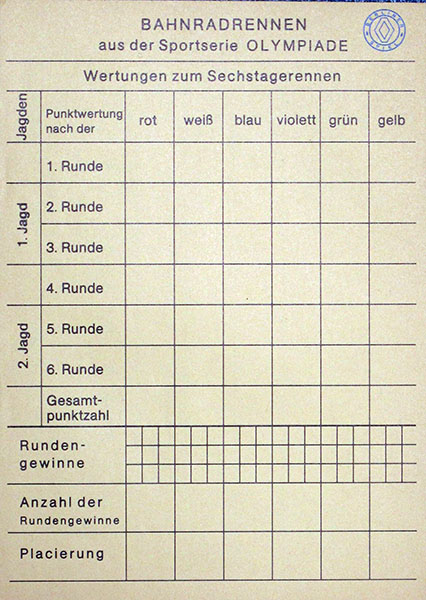 All information about this game will be welcome, of course.