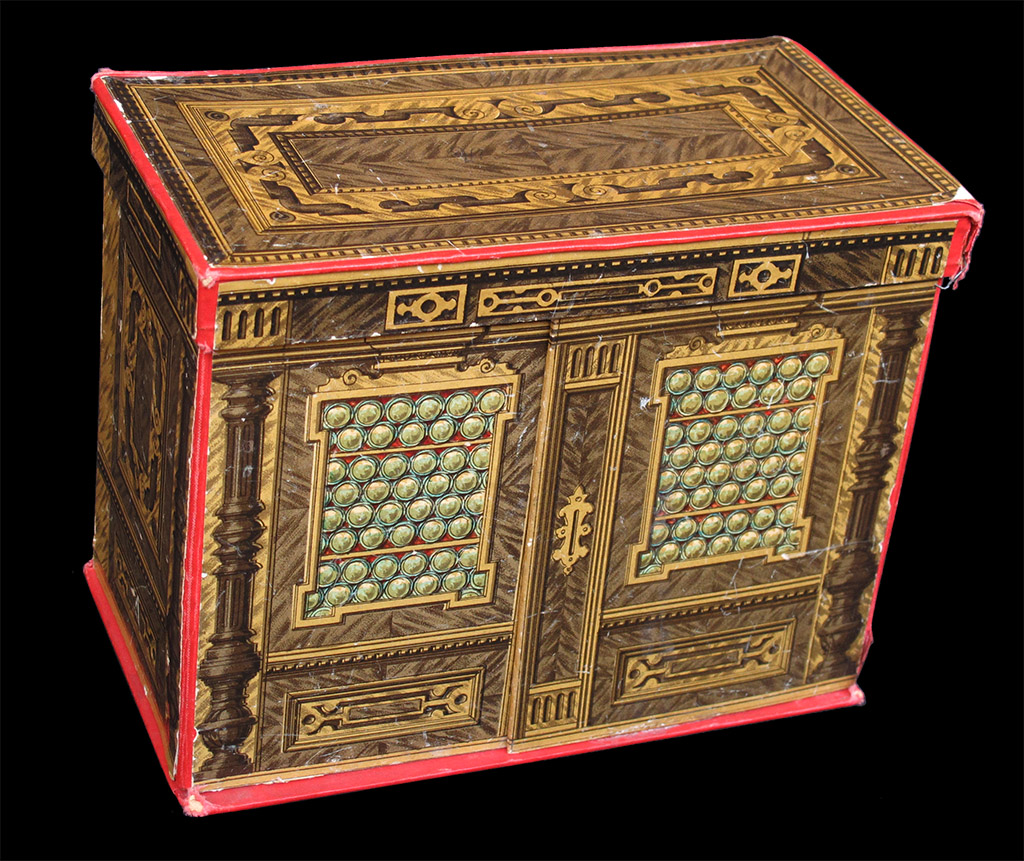 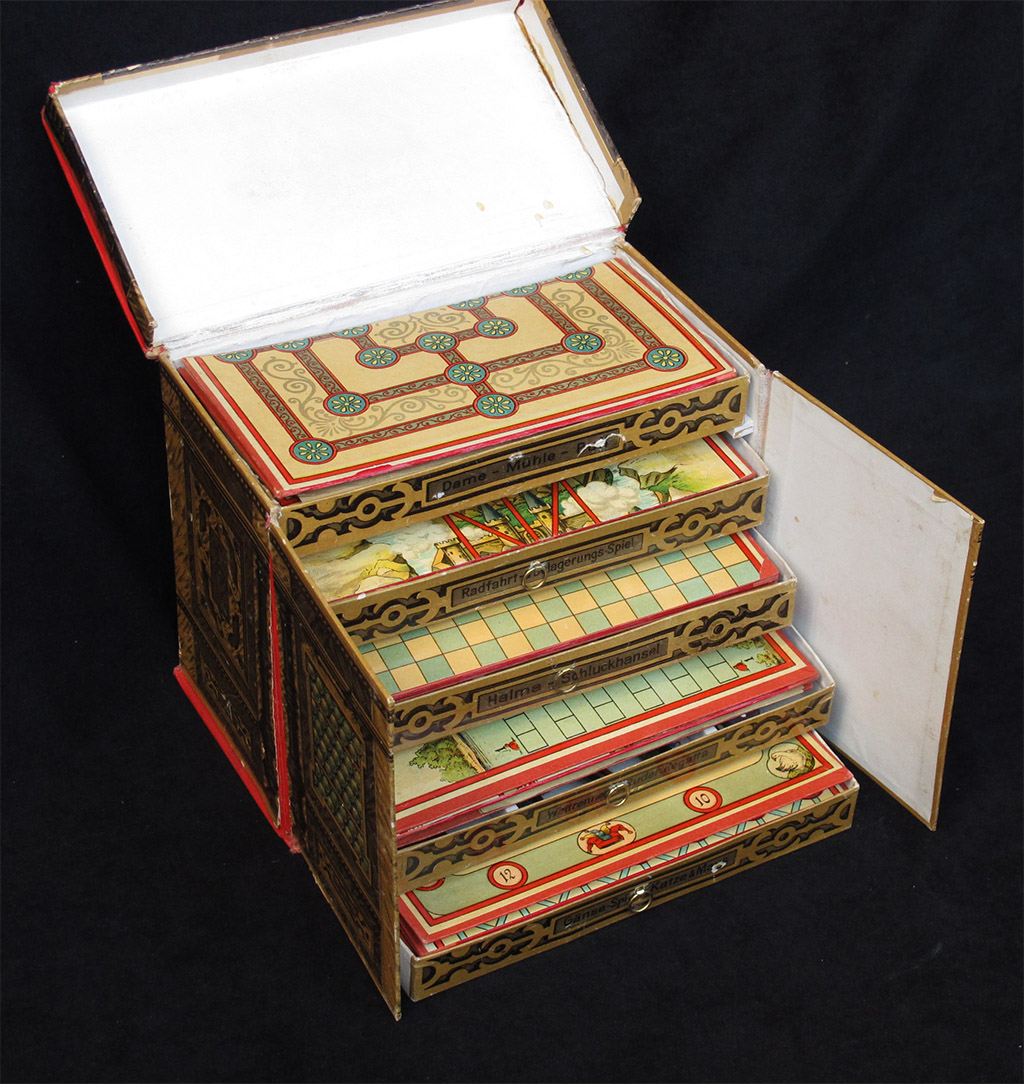 Here is an incredible German box-set that looks like a modernist piece of furniture. Do not let the lack of references in the picture fool you, the box only measures 22 x 17 x 12 cm. Not pocket-sized, but not too big either.

We find 11 games inside the box, two in each drawer (with a  two-sided four-folded board) except for one drawer which contains three games, Dame, Muhle and Puff (checkers, merels and backgammon). Of course the game we are interested in is the one described as "Radfahrt" in the drawer, but actually called "Bicycleclub" in the rules.

The board measures 40 x 20 cms (it is not that small after all) and it is just a 50-square-long track without any particular indication on it, except for the arrow that tells us that the riders will move clockwise. 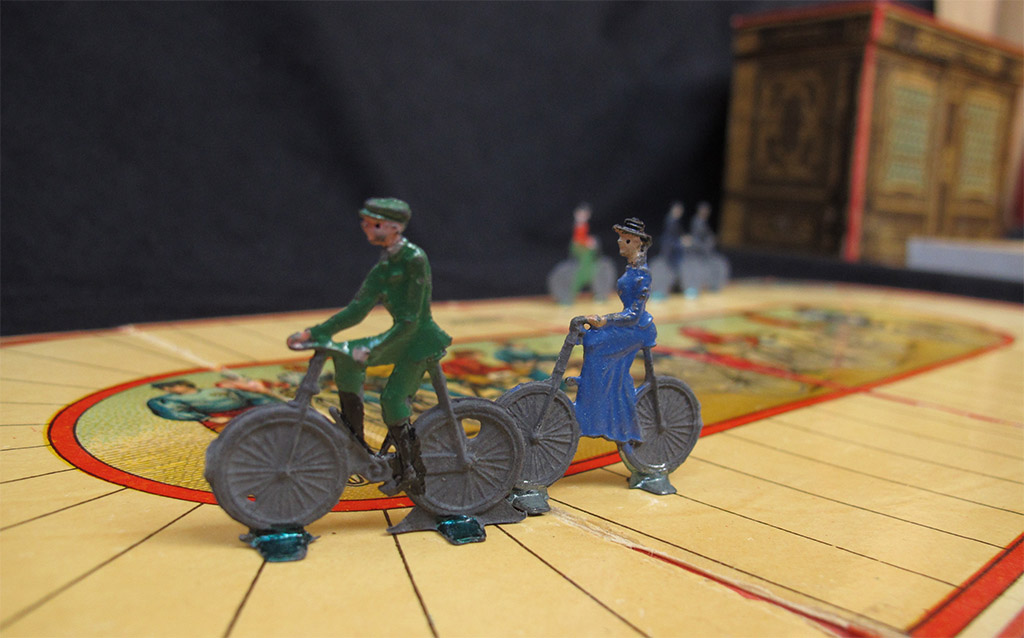 Also similar to Cycling or Wheeling is the fact that we have male and female riders. 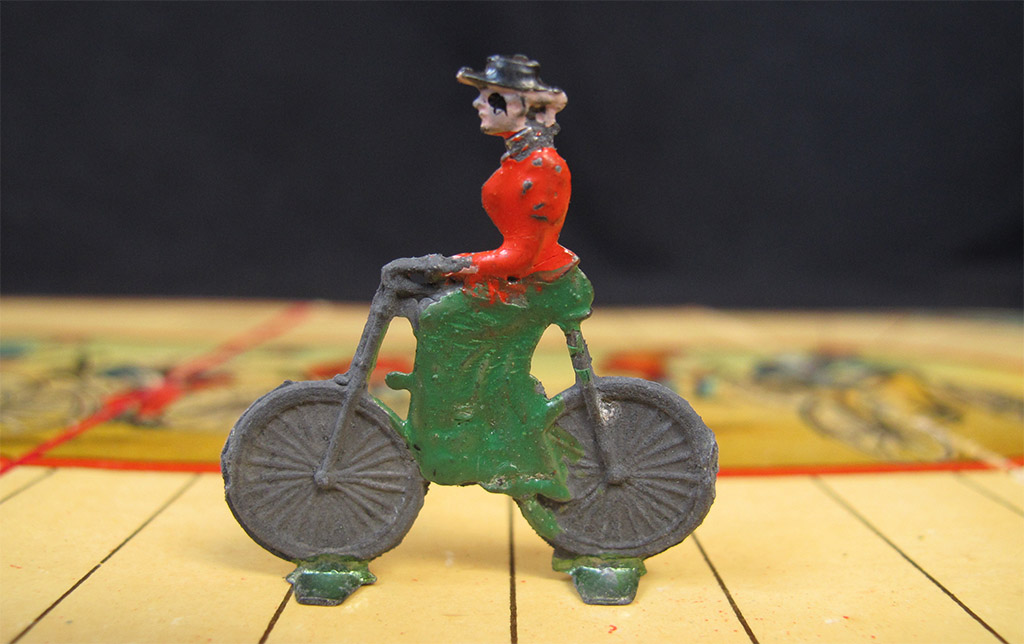 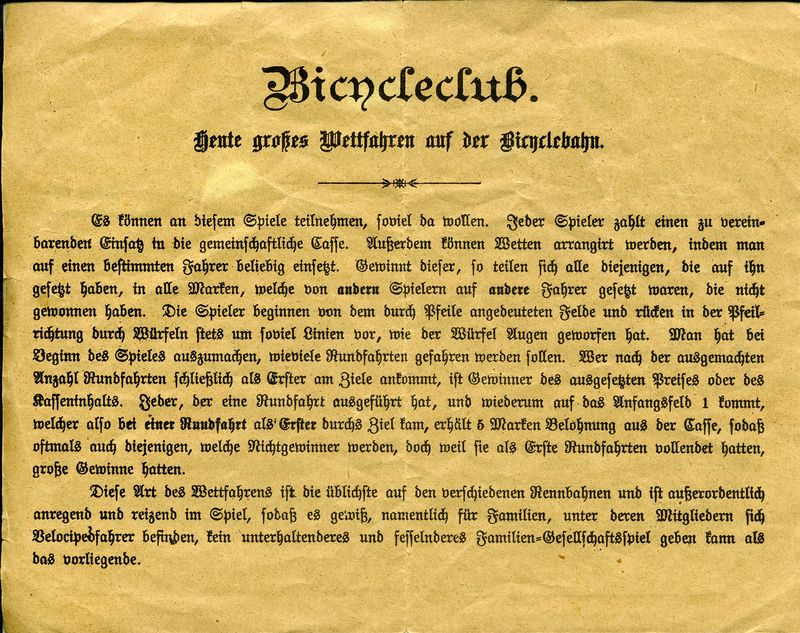 The rules are very simple. This is a betting game in which any number of players can take part. Players do not manage a particular rider but just bet on the outcome of the race. Players must agree upon the numbers of laps, and cyclists move according to the throw of dice. The number of dice is not explained, apart from being referred to in plural ("Würfeln"). 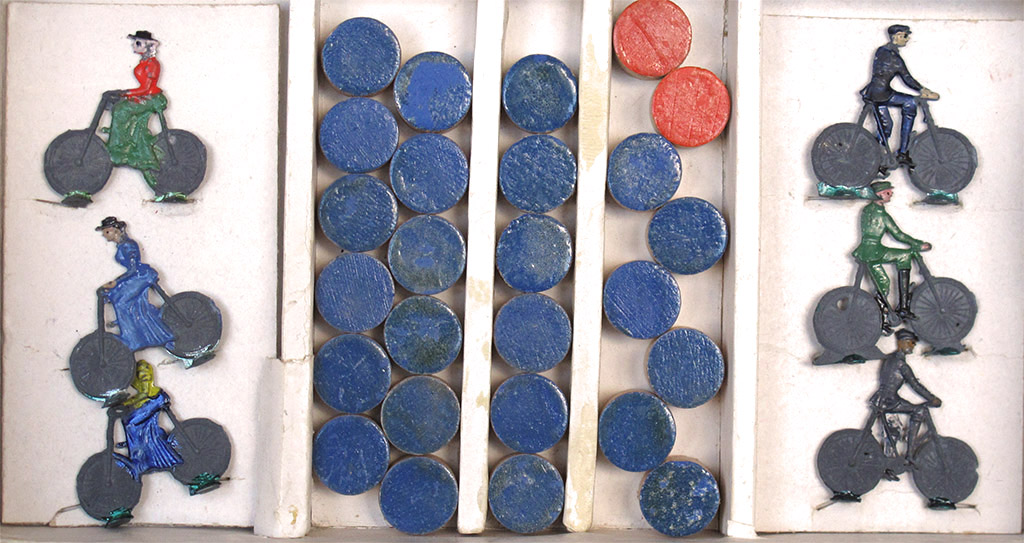 I have seen pictures of four different copies of this game, and they have three different sets of  metal riders. The one above is my copy. (By the way, the wooden counters belong to the game on the other side of the board). 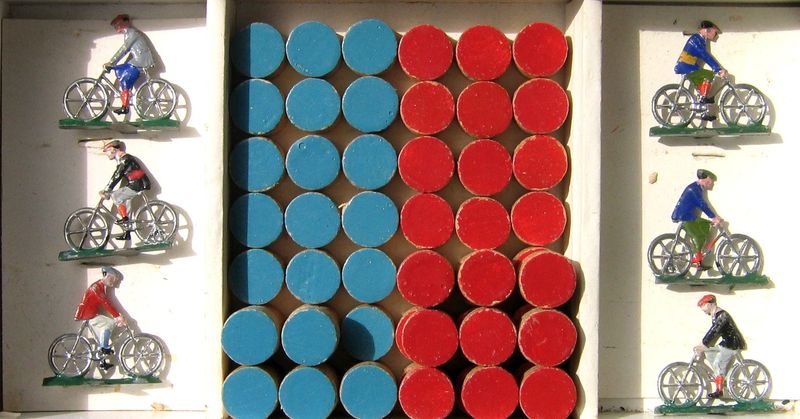 Here is a different set of riders. These belong to Adrian Seville and are displayed in the site he shares with Luigi Ciompi, Giochi dell'Oca e di Percorso. His board is similar to mine but the riders are not.

Finally, there is this set of riders which belongs to a later edition of the game. As you can see the board has been redrawn, the fields are numbered, and the movement is counterclockwise. I have never had this edition in my hands, so I cannot offer more details, or if the cards on the picture belong to the cycling game. 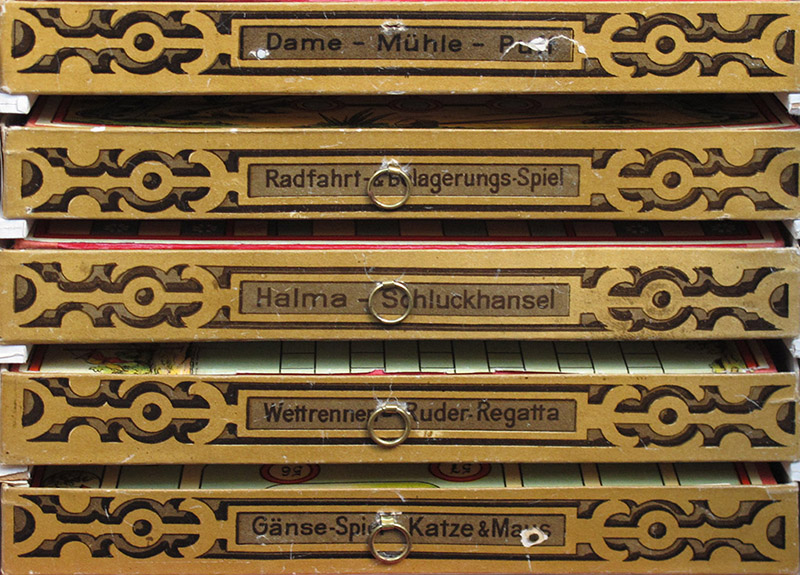 There are some other interesting games in this box. The boats in the Ruder-Regatta rowing game are probably the best item in the box (and also different in the different boxes; check Adrian's boats here).

Of course we have a horse race too. 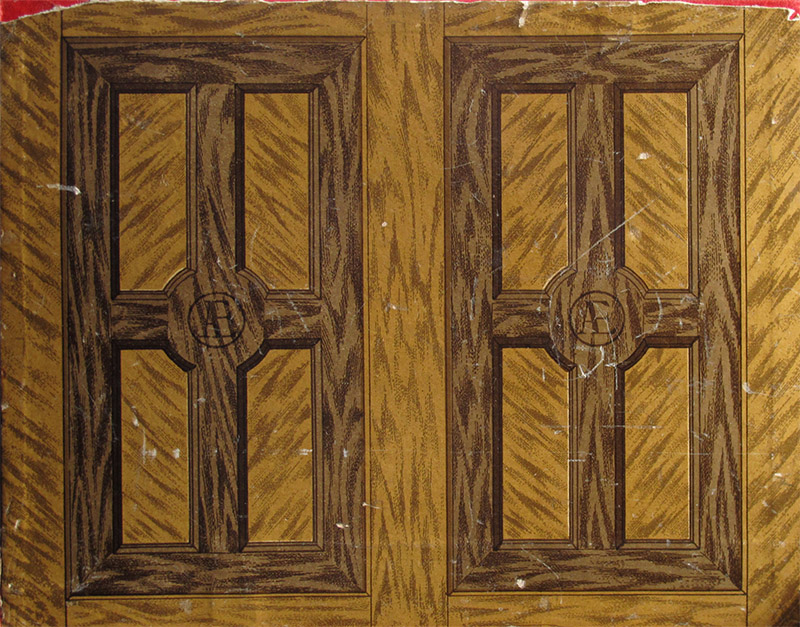 In the back of the box there is the mark "Ć", which is probably the maker's. I don't know anything else about that maker. Information welcome!