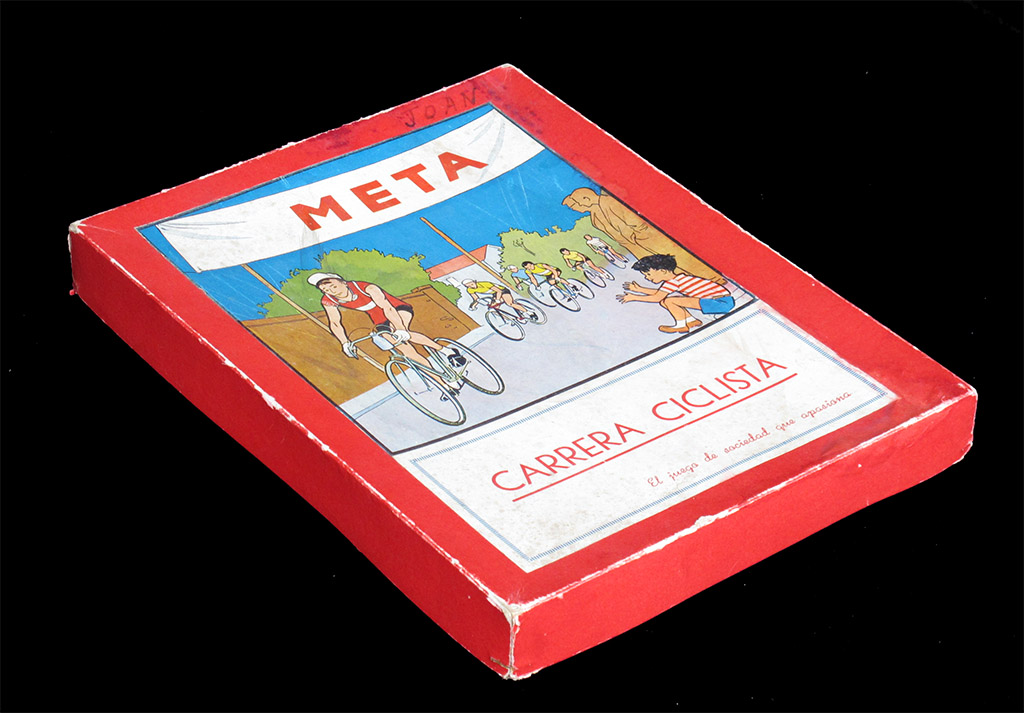 Here is another unbranded Spanish simple post-war game. Although it is a simple roll-and-move game, it has rules to play a stage race, and also a King of the Mountains classification so I will class it in the (simple) stage race games section.

The game does not have a special rule for the climbs, but there are a lot of mountains in the race Four (blue) squares labelled as mountain passes, which means that every stage will have four mountains.

This is quite natural since Spanish best riders of the time were climbers (Miquel Poblet was the rare exception) and Spanish cycling has historically been mountain-oriented. 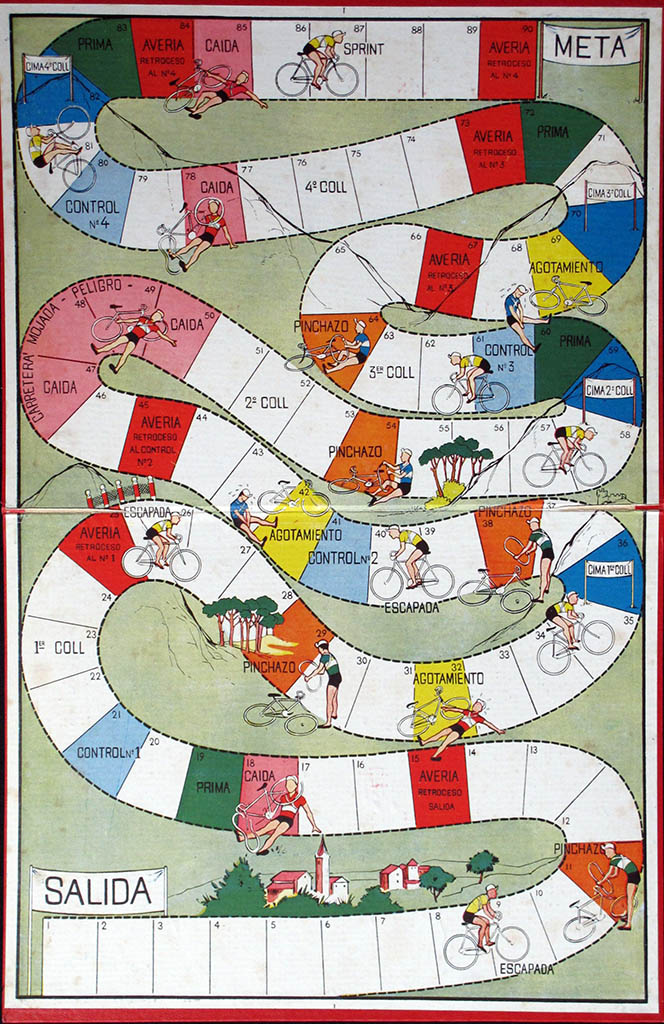 The board measures 45 x 29 cms, and it could use some cleaning... and not only the board that should be cleaned. As you can see on the first picture, a former owner of the game was called "Joan". This is a catalan name, but I did not buy the game in the catalan-speaking part of Spain.

There is another hand-written inscription (no picture, sorry) on the back of the box which says "56 pesetas". If that was the original price of the game, it is quite expensive for the 1950s, especially for the first part of the decade. However, the riders pictured on the box and board still carry spare tubular tires on their shoulders, which were used until the mid-fifties.

These plastic riders measure 29 mm and are quite unstable. At least a rider is missing, since the rules say that the game is for 2 to 4 players, However, I am not really sure whether these are the original riders, since they look more like motorcycles. My guess is that they are not (though you never know). 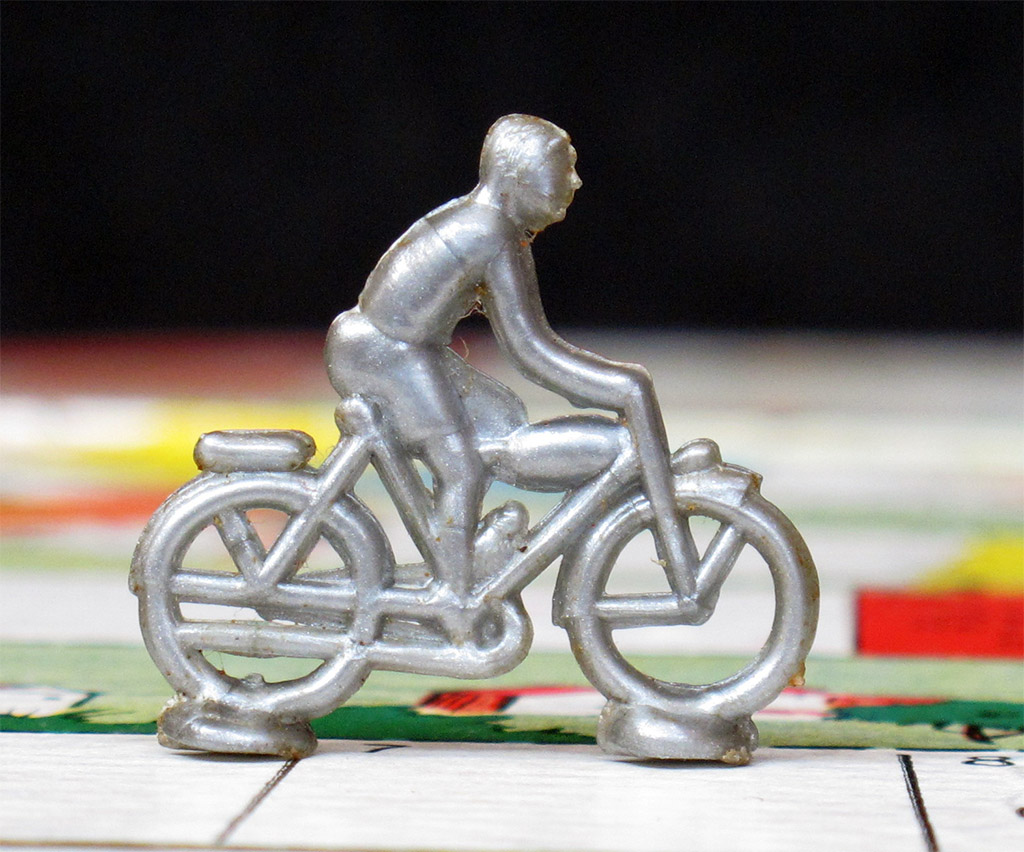 This is a motorcycle, isn't it? 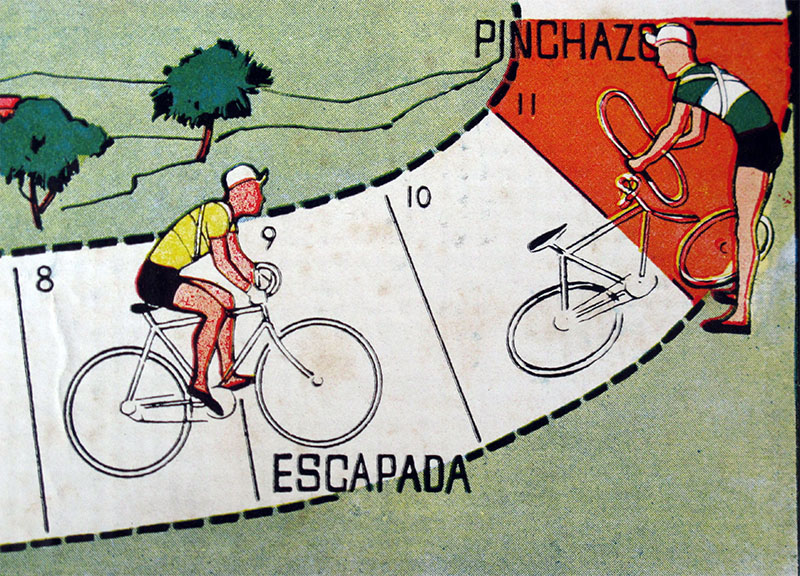 The  cyclists with the spare tires on their shoulders. 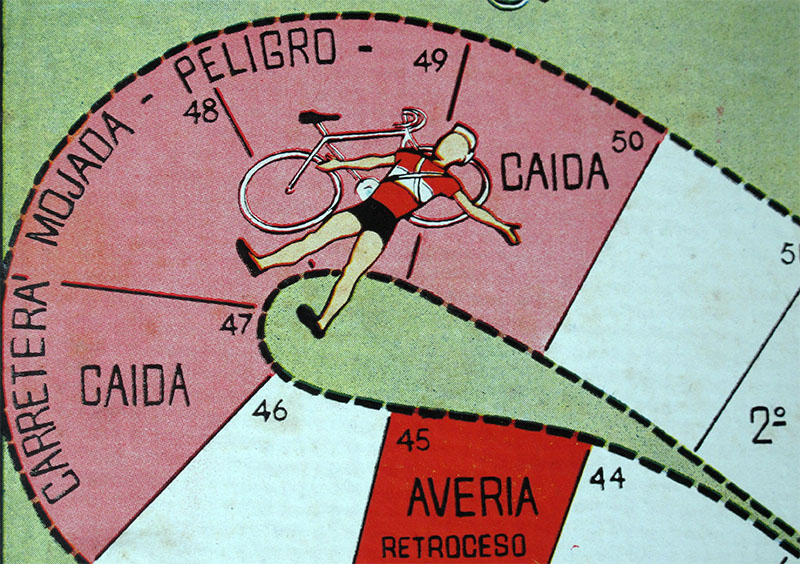 The rules of the game, as said above, are very simple. You have to reach the finish line by an exact throw. If your throw takes you further than the finish line, you do ot move. However, there is a square marked "sprint", which takes you straight to the finish line. The rules mention one sprint square (singular), but by looking at the board I would not be so sure if there is only one... let's say it is square 87. 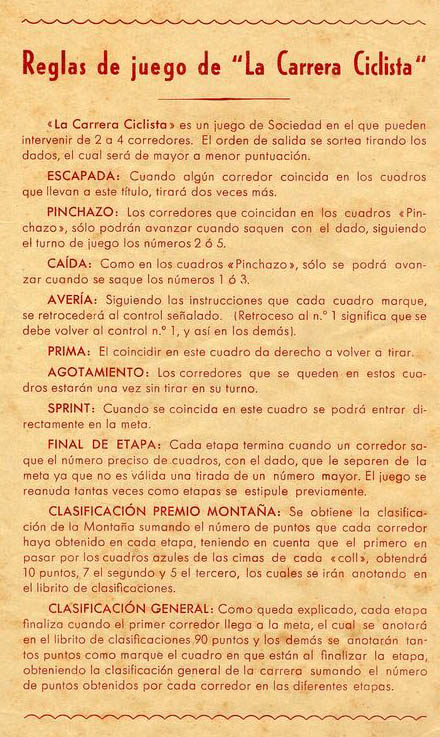 As for the classification rule, the game ends when the first rider reaches the finish line. That rider gets 90 points while the other riders get the number of points of the square they are on. 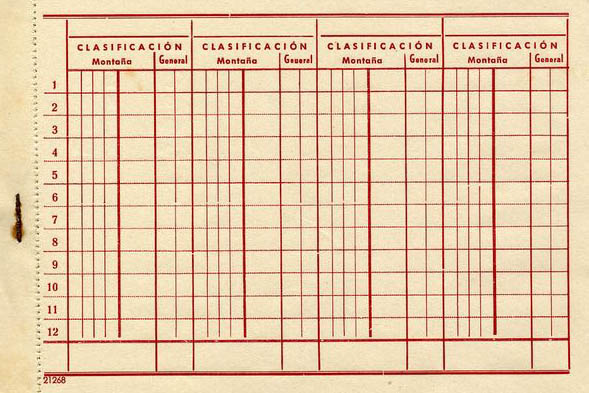