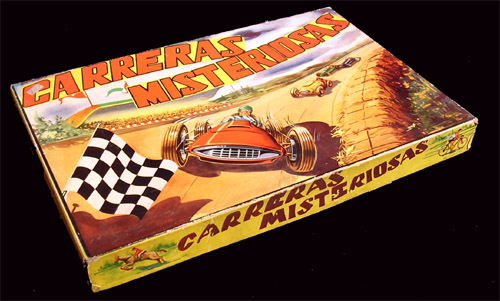 That one is quite strange: I would not file it under "cycling  games". The box looks like it's a car race (though on the sides you can see a cyclist and a horse), the title means "Mysterious Races", and the rules are better suited to a horse race. Besides the included horses are better than the cars or cyclists (compare the pictures. By the way the cyclists in this one are very unstable).

This game can be played solo, or else you can bet on the outcome, since there is not much that the players can do.

The rules are: Place all counters (cars, cyclists, horses) on the starting line (marked "Salida") Throw the two special dice. Each dice has a side in a different colour, and each colour is marked "X" on one of the dies and unmarked on the other. The counters move one step forwards if their unmarked colour is thrown on the dice and one step backwards if their colour is marked with an "X". The first counter to advance 6 fields and thus reach the end of the board is the winner. But if a counter reaches the opposite end of the board (by going back six field) he is out of the race. If the race is too long (which is quite possible), a couple of markers (not shown) are provided to place alternate finishing and elimination lines. 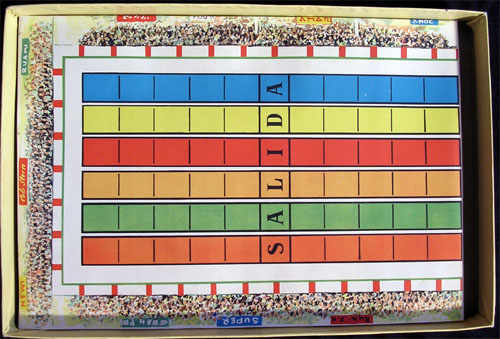 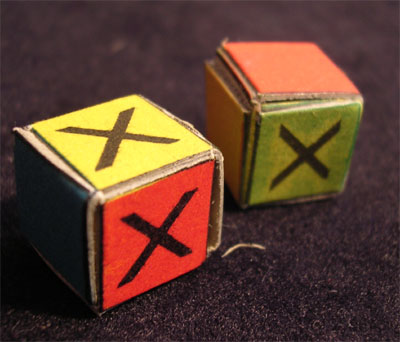 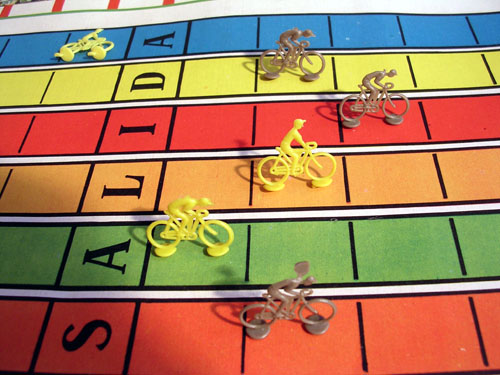 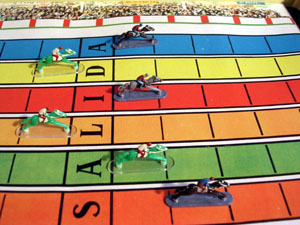 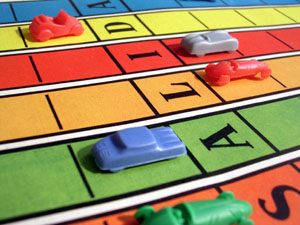