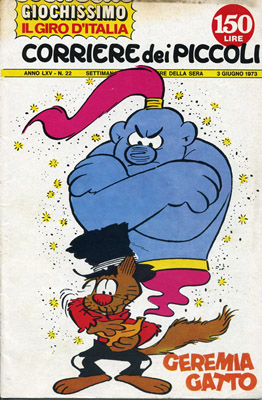 Game offered by the Corriere dei Piccoli on 1973, july 3rd. Four cyclists and two dice are mentioned in the first sentence.  Maybe there was an insert with the magazine. Nowhere in the rules is said that the dice are not regular D6s, but I would not be surprised to find that they were not. Apart from that, it is a simple game of goose. 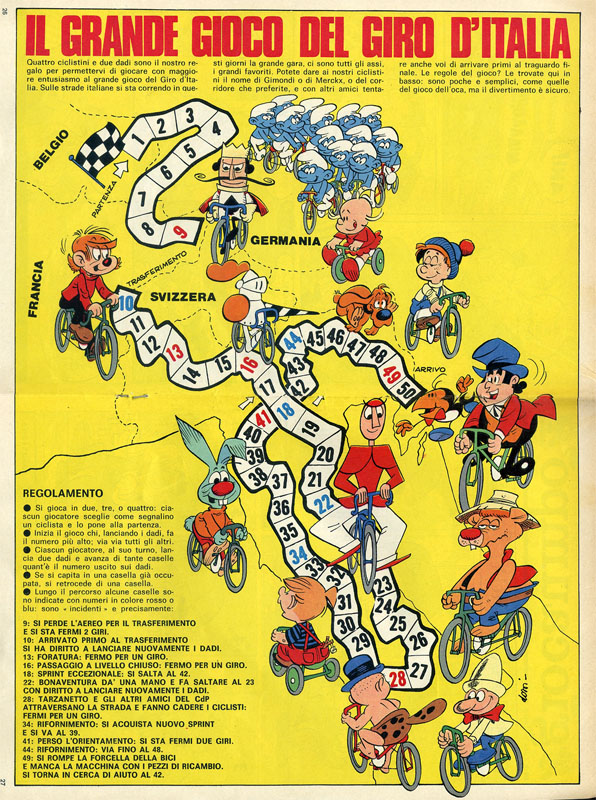 I cannot read the signature of the designer. It looks like "Doni" (or "Dom"). Does anyone know better?