Self-published French game. It is amazing how many of them have appeared in the last years, and most of them are expensively produced, like this one, with a nice board, a big solid box, etc...

In this case we find teams of two riders (climber and rouleur). We also find 10 dice marked 1-2-3-4-BLANK-BLANK, but these are used as markers for the missing turns. The advance of the riders is controlled by two normal dice. A rider arriving at a black-and-white square draws a "chasse patate" card (which is bad), while a rider arriving at a red-and-white square draws a "grand seigneur" card, which is good. At the start of the games, the players receive some +2, +3 and +5 "tactic" cards (called "coup de soquette") which are played after the throw of the dice.

All in all, what we have here is a light family game, suitable for kids from 8 years on. 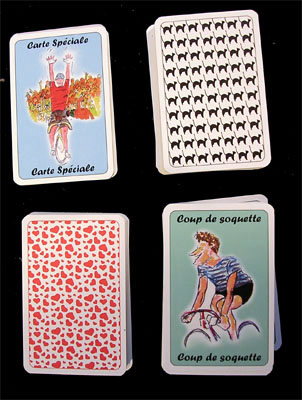 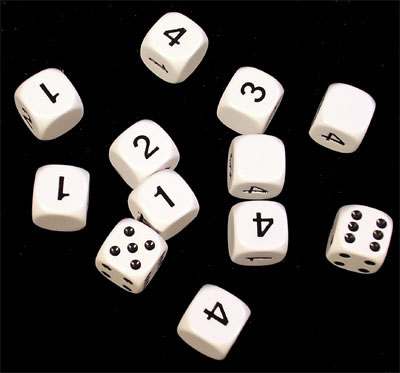 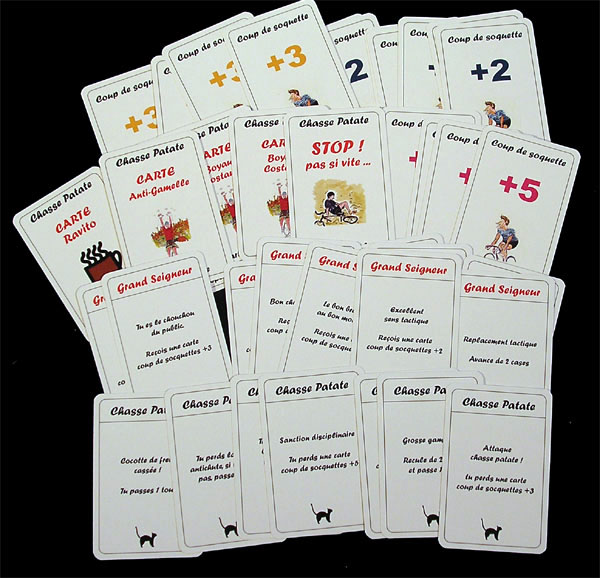 Rouleur and climber are in two different pňsitions on the bike. Guess who is who. The climber is supposed to be standing on his pedals, but frankly, I can't see it. 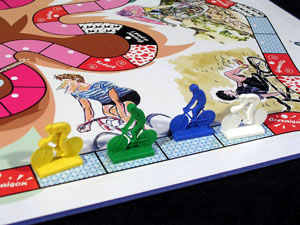 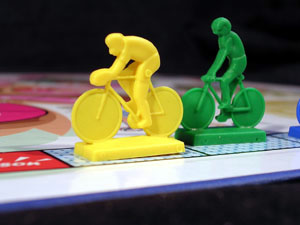