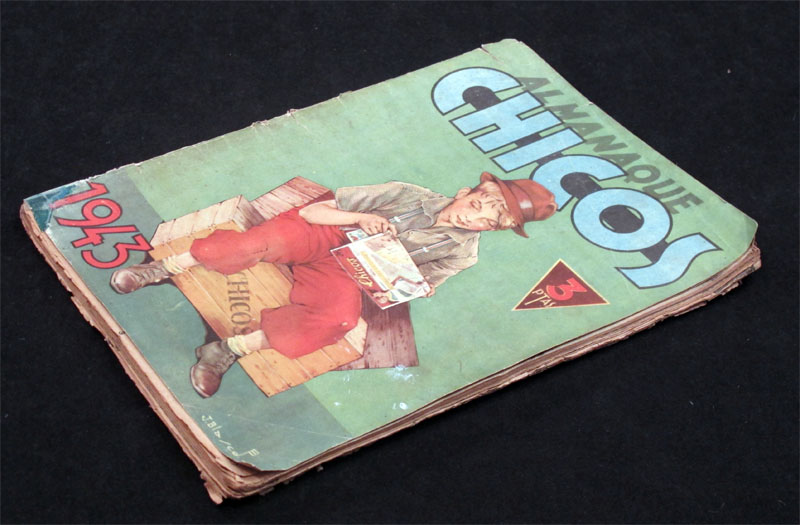 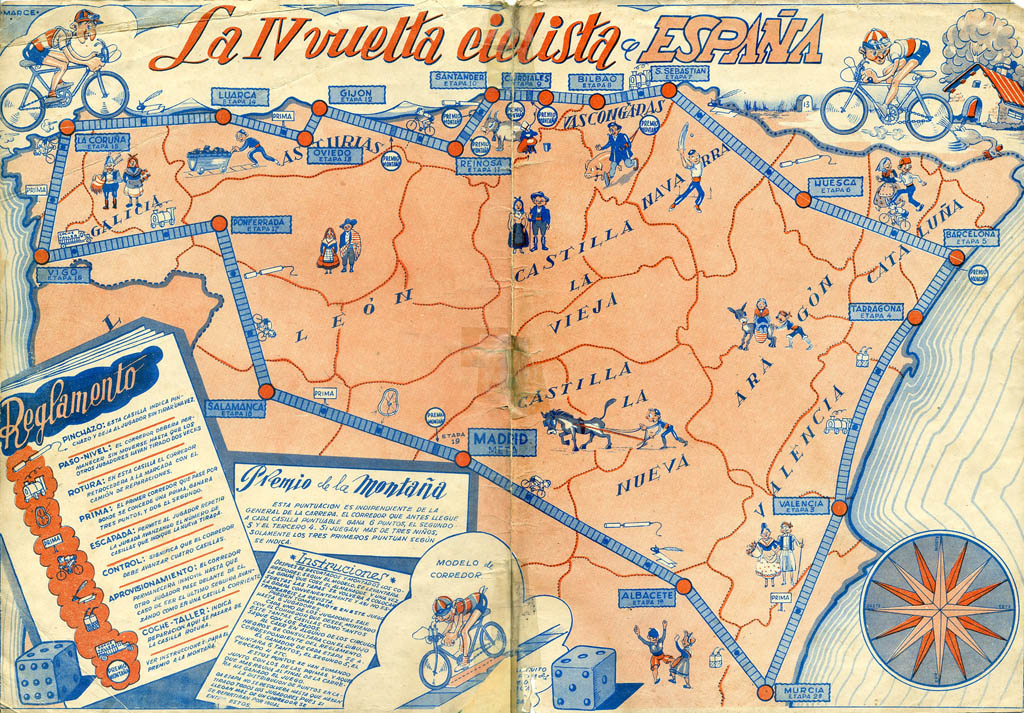 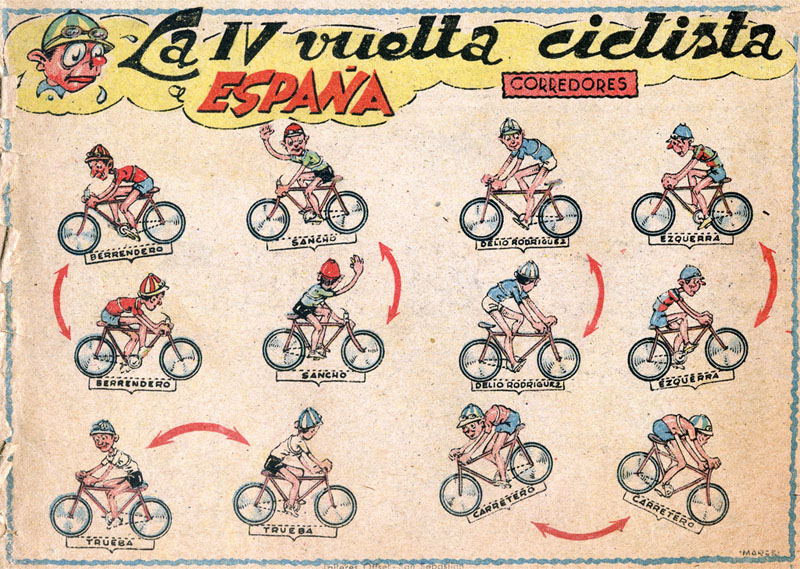 The players choose between five riders. The best-known of the lot, of course, is Vicente Trueba, winner of the first King of the Mountais classification in the Tour de France, in 1933. 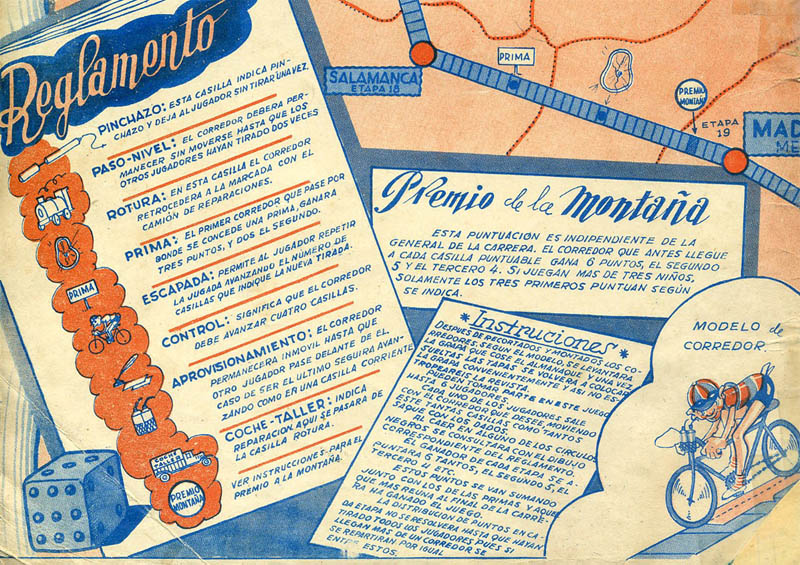 Fortunately, Ricardo CarreŮo, whom I must thank for first mentioning this game to me, has a board in better condition, and sent me the picture below where you can see that, since the riders are way too big for the board, the square on which riders stand is determined by  the little mark on the side of the rider. 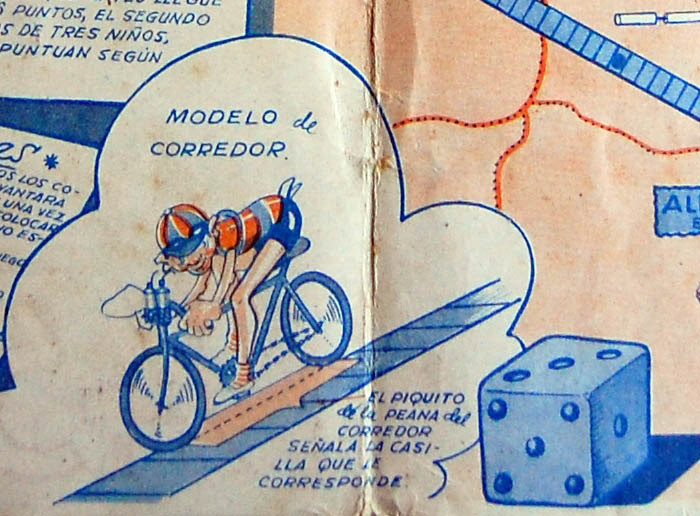 What is not mentioned is what happens when two riders are too close on the board, since there is no space to place them.