Rare Italian game by Editrice Carroccio from Milano. Unfortunately my copy is in quite poor condition and I do not even have the rules. The contents of the box consist of a rolled board, 13 metal riders and some spare dice. 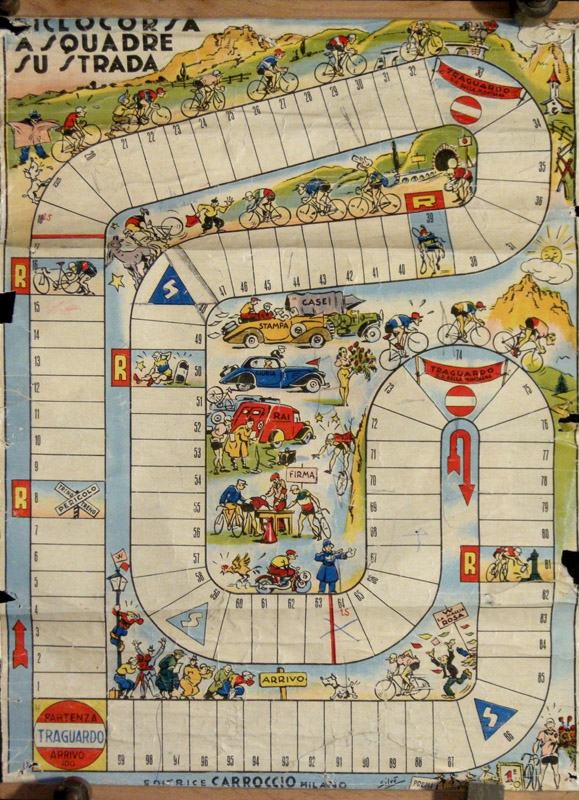 The board is drawn by a certain "SILVE" (if I read well his signature) and he is surely a good artist. 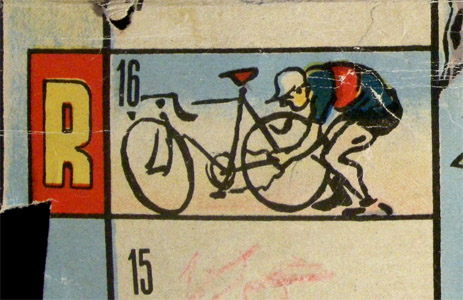 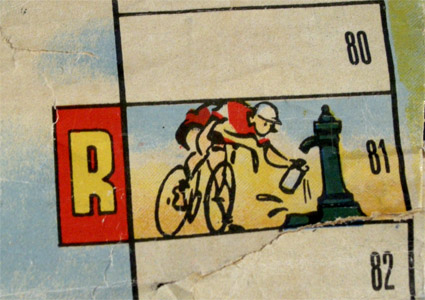 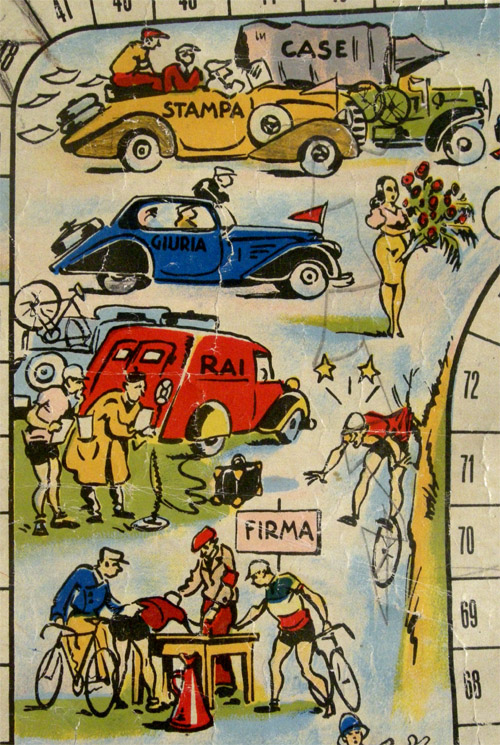 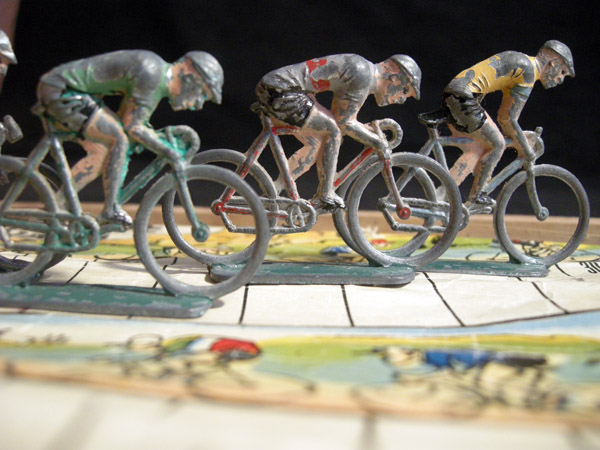 These metal riders may belong to the game or maybe they do not, you never know. I do not have any reason to suspect they don't Their size is good enough for the board. However, Italian figurines are not so well documented (as far as I know) and I had not seen any like these before. There are three different positions and they are slightly smaller than contemporary French metal figurines like Salzas or Aludos.

The riders are painted in 5 different colours (teams) and one of them is composed of 4 riders, two other of three riders, one team has just two riders and the last rider does not have any team mate. Since I do not have the rules, I don't know how many riders there should be. At first impression you would say that there should be alt least twenty (5 teams of four riders).

However, previous owner of the game wrote (with a child calligraphy) numbers and cyclists names on stickers under the figurines. What I can read is: 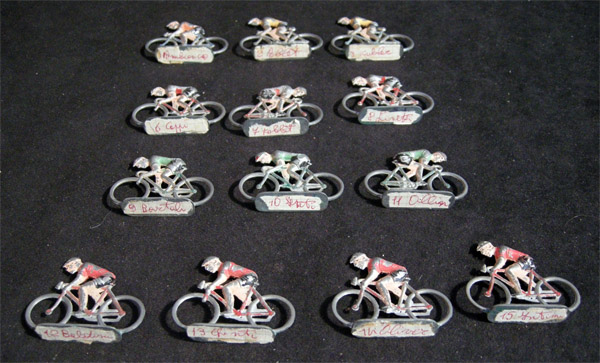 So I can be pretty sure that there are at least two riders missing (numbers 4 and 5, of course) but I wonder what colour they were. If these numbers have any relation with the game thy might be both yellow or one yellow and one red striped. Any of both possibilities would lead to 2 teams of three riders, two teams of 4 riders and one spare riders. It might make some sense (compare with the Eddy Merckx game, where there are also spare riders to be added to the teams depending on the number of players). Another possibility is that the two missing riders formed still another team, which would lead to a team of 4, two teams of 3, two teams of 2 and still a spare rider.

Of course, the numbers might be unrelated to the game, and the riders might not even belong to the game... Any information will be welcome.

On the other hand, I remark that the position of the rider on the bicycle does not seem to be relevant: all riders in each team are in the same position: the two yellow riders are in climbing position, the four red riders and the only orange rider are in intermediate (rouleur?) position and the three green and the three red-striped riders are in sprint position.

One last word about the datation of the game. Bartali retired in 1954 while Ercole Baldini started his career in 1957 and Arnaldo Pambianco in 1958, so the names of the riders cannot be used as a reference (though maybe the names were written before Coppi's death, which was in january 1960, but that is just a guess). By the way, I don't even know who Oliver or Linetti are, but I do declare that Miquel Poblet is my all-time favourite cyclist.