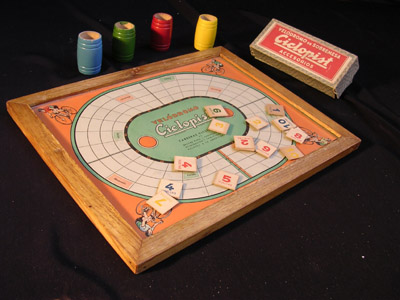 My father (born in 1937) used to have a very similar game (unfortunately lost) in his childhood. I remember seeing it thirty years ago. It was a somewhat bigger and less colourfur board, but included the same special fields, "CaŪda" (Fall) and "Reventůn" (Puncture). If you fell in these fields you were supposed to miss the next turn (or maybe two turns).

Since I don't have the instructions of this game, I can assume they are quite similar, and that even the game board states "Carreras ciclistas de record pista, eliminaciůn, persecuciůn individual, relevos a la americana", none of this possibilities involves much tactics: just throwing dice and advancing counters.

Ciclopist came with wooden counters (no cyclists), dice and shakers as well as cardboard lap counters. 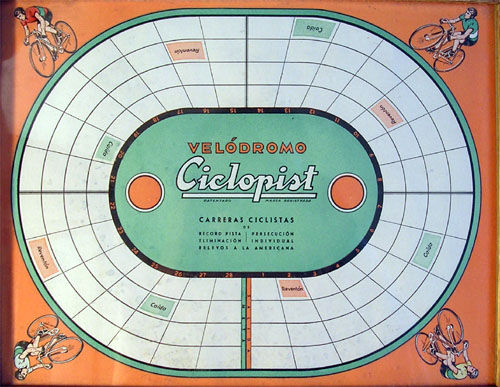 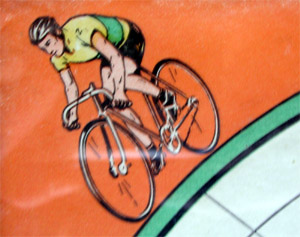