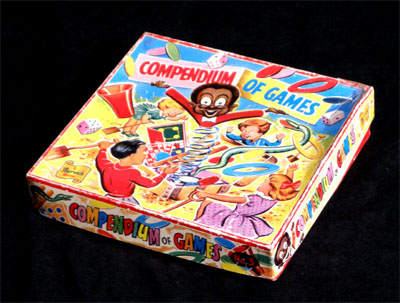 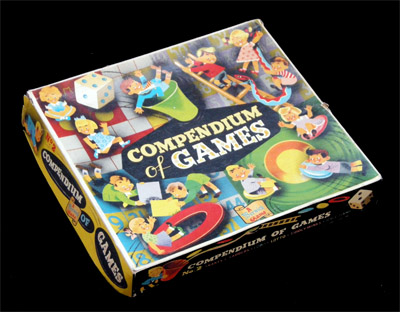 Sometimes the games are too childish to qualify as "cycling games". This one comes from a 1950s game compendium by Berwicks Toy Co Ltd. Strangely, though the game fits nicely in the box, its rules are not in included in the booklet, so I was not really sure that the game belonged to the box until I purchased a reissue (on the right) and found that, again, the game was not included in the rules booklet but still fitted perfectly in the box. 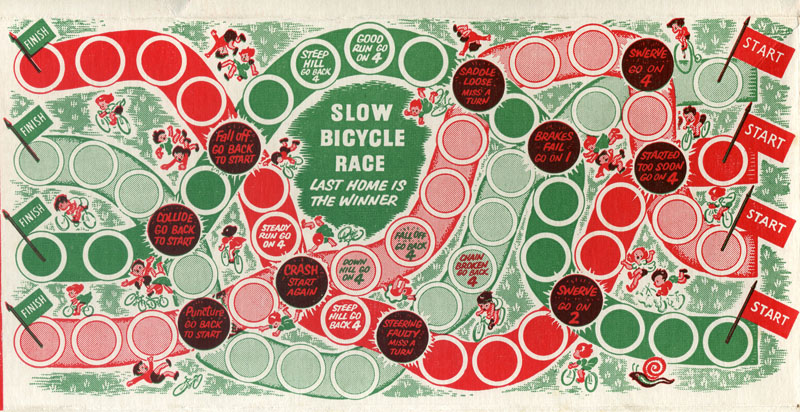 Of course, the rules are self-explanatory. The last rider to arrive is supposed to win. This may not look too realistic now but it was a  XIXth century type of competition, actually.