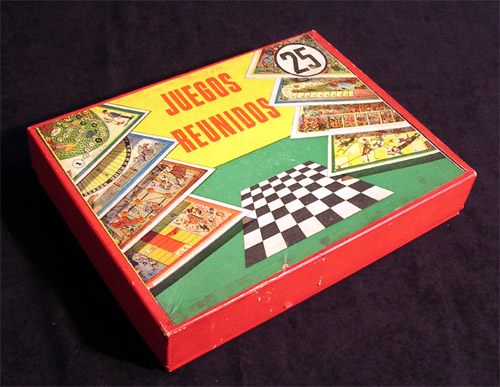 Here is a nice one: under the denomination "Juegos Reunidos" (usual Spanish denomination for games' combination boxes), Corominas released a series of boxes in 1962. The smaller one was of just 5 games, the bigger one of as many as 40 games. In some of the boxes was included this simple cycling game called "Bajando el puerto", "En descendant le port", "Walking Down The Port". The rules were trilingual, really strange in Spain at the time. The game is remarkable for its graphics, and also because it is the only game I know that represents a downhill race. 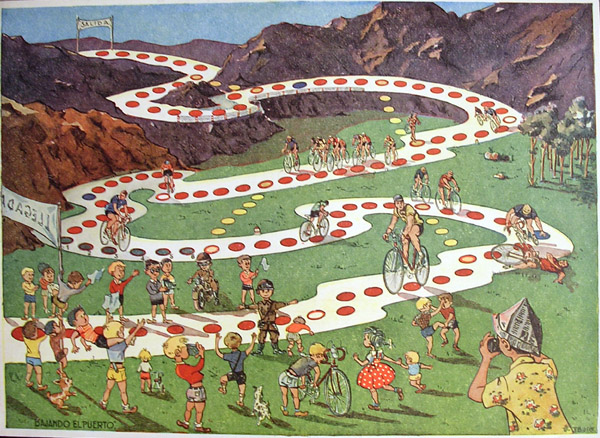 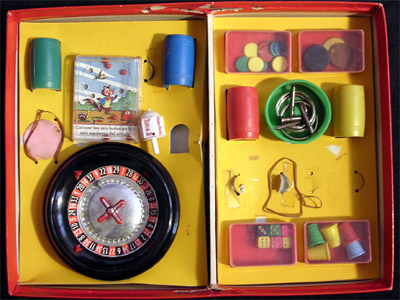 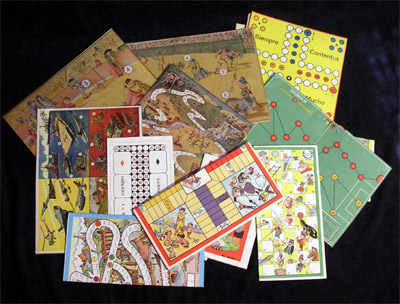