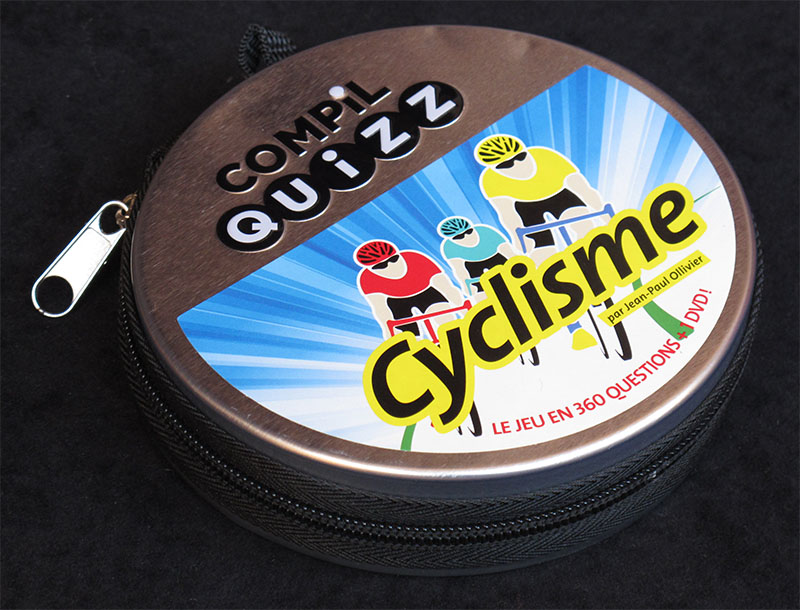 Another (check this other game) compilquizz cycling-based game. This one (chronologically, the first of the two) is signed by Jean-Paul Ollivier, (author of at least another cycling-based quiz game, which I am not hurried to buy).

360 questions about cycling plus a bonus DVD. That is, 60 pages containing 6 questions each. Either you throw a (non-included) die to decide which is your question, either you decide what question you want, bearing in mind that the higher the number, the more difficult the question, but the more points you can gain. Mmm... deep tactics here. 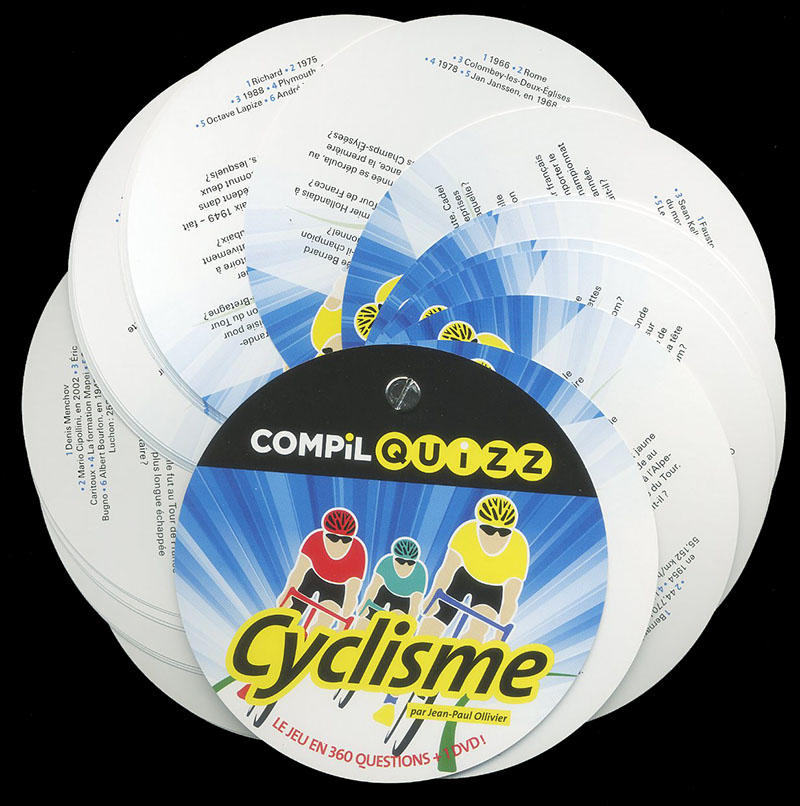 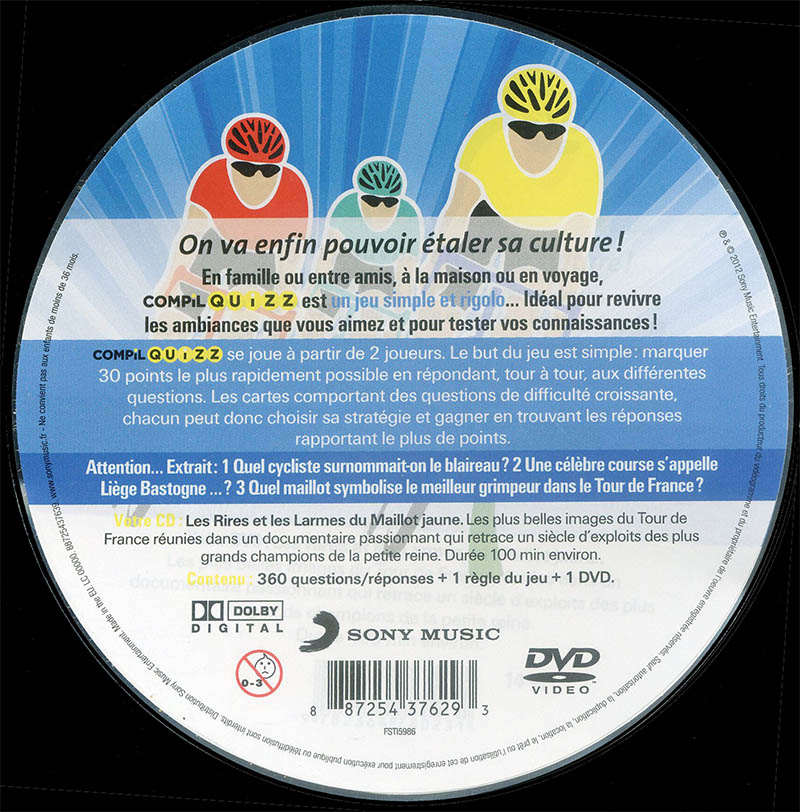 The DVD contains a 76-minute long film titled "Les rires et les larmes du maillot jaune. 100 ans d'exploits" (in French), which just talks about the Tour and is not so different from the DVD featured with the Tour de France compilquizz game. Again, although this game is copyrighted in 2010, the DVD just covers the Tour until 2003. It will probably not hurt to watch it before playing the game, but they look like two different projects packed together. 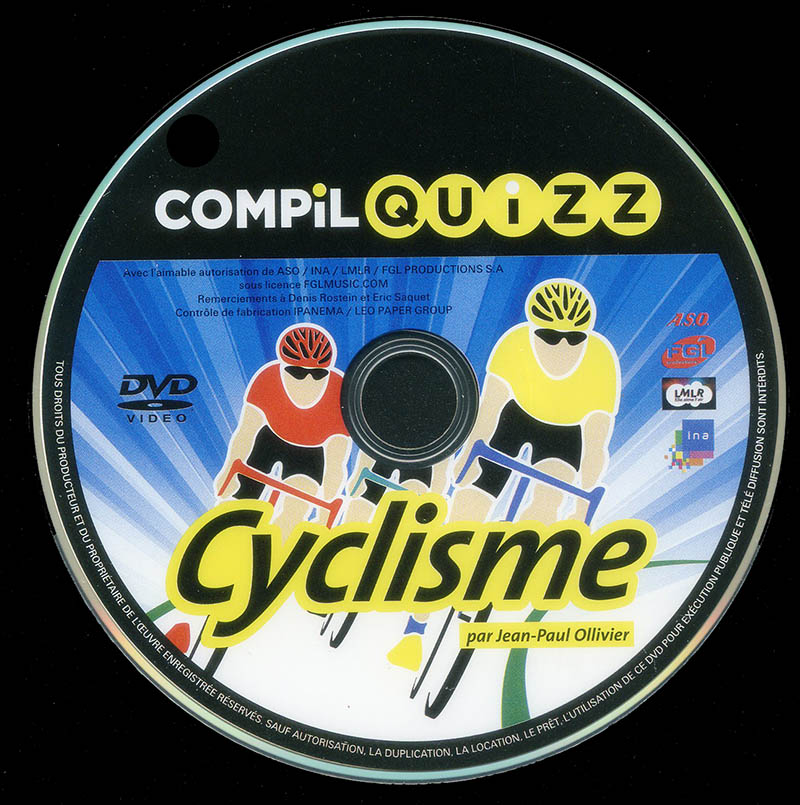 If you want to know more (do you really?), here's the publisher's website.