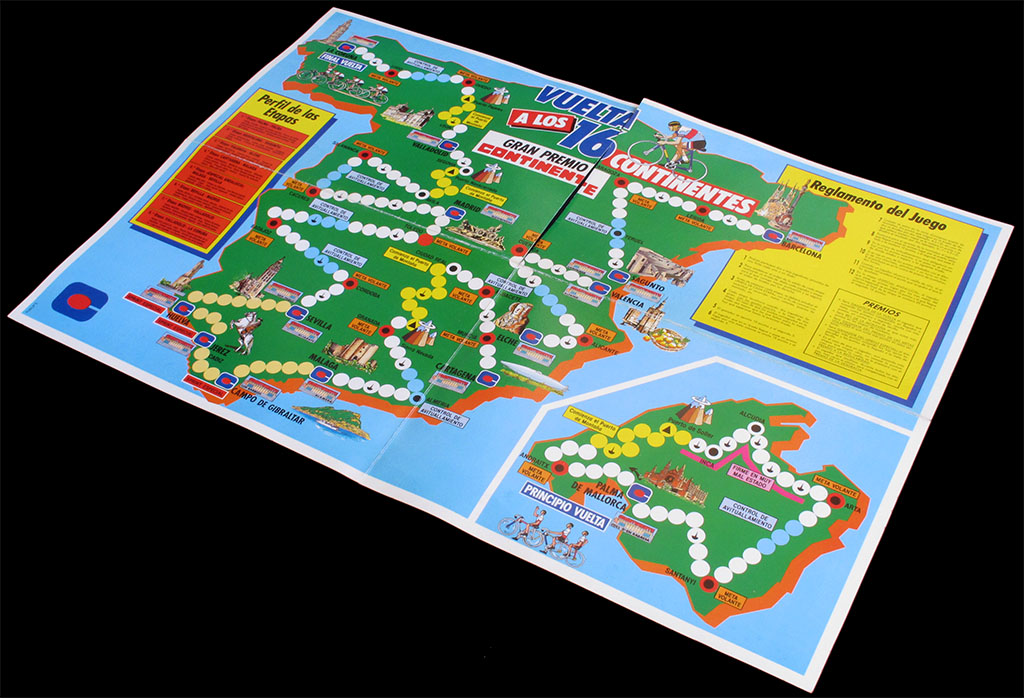 I cannot say if the game is complete, either. All I have is the board, which measures  66x45cm and is made ot thick cardboard. The fact that the rules are printed on the board suggests that the game was not boxed (in that case the games would probably have been in a separate sheet of paper). The rules state that the game is for 2 or more players, each one with a counter and a die, which makes me think that counters and dice were not  included with the game. 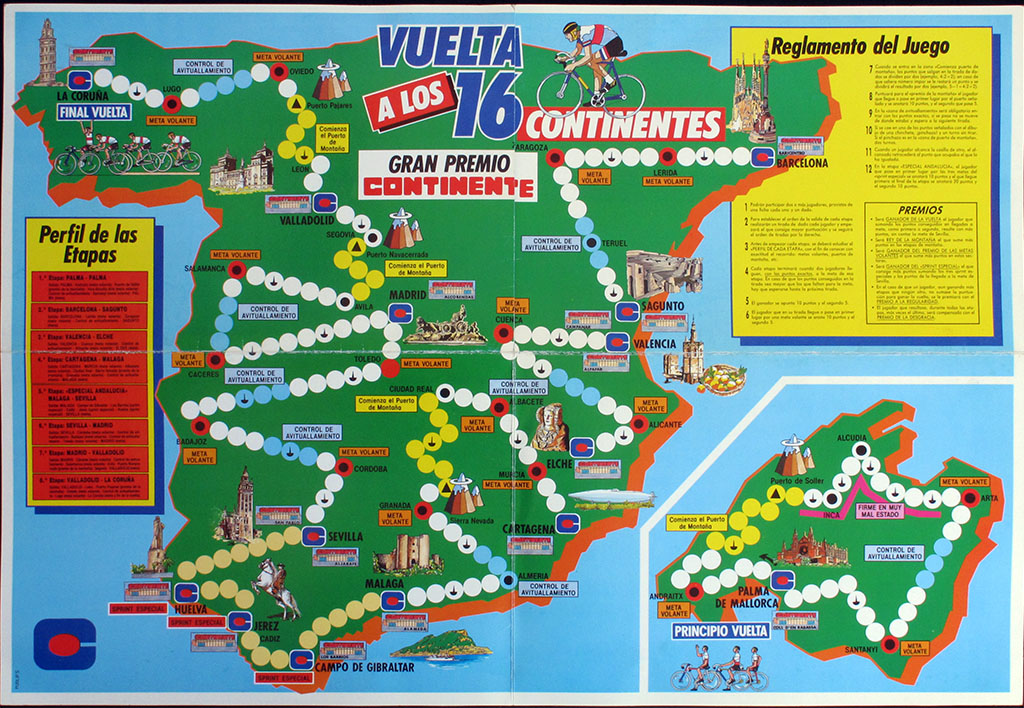 There were 16 Continente hypermarkets in Spain at the time the game was made. This is a very precise information, and it is surely a very accurate way to date the game, but I have not been able to find the dates of hypermarket building. All I can say is that the brand Continente was created in France (as "Continent") in 1970, arrived in Spain in 1976, and  disappeared in 2000 (by fusion with Carrefour), though it remains in Portugal.

The fact thet the riders depicted in the game wear helmets is what makes me think that the game was made in the 90s rather than the 80s (though the use of helmet was not compulsory in professional races until 2003). 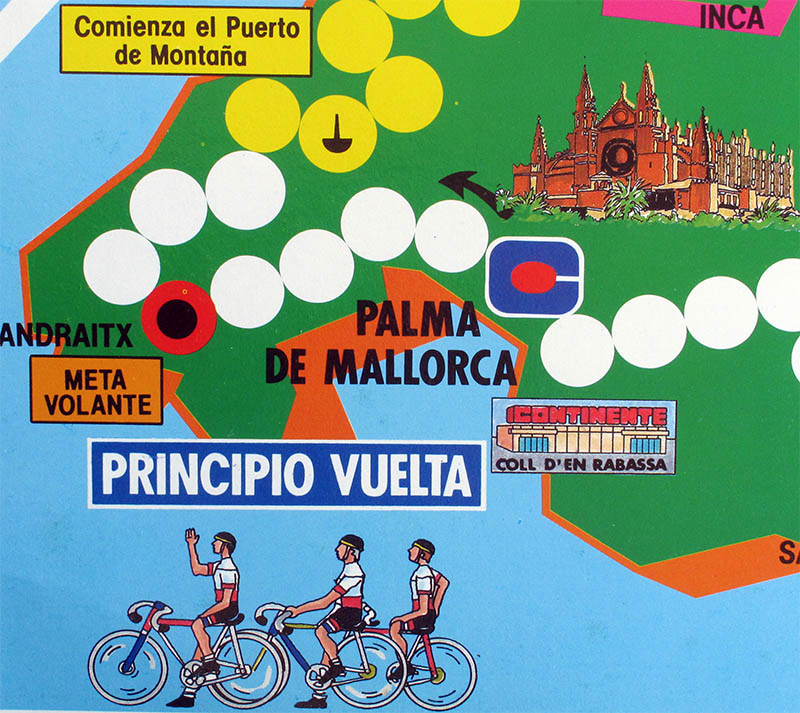 Unusually, the race starts in Mallorca... 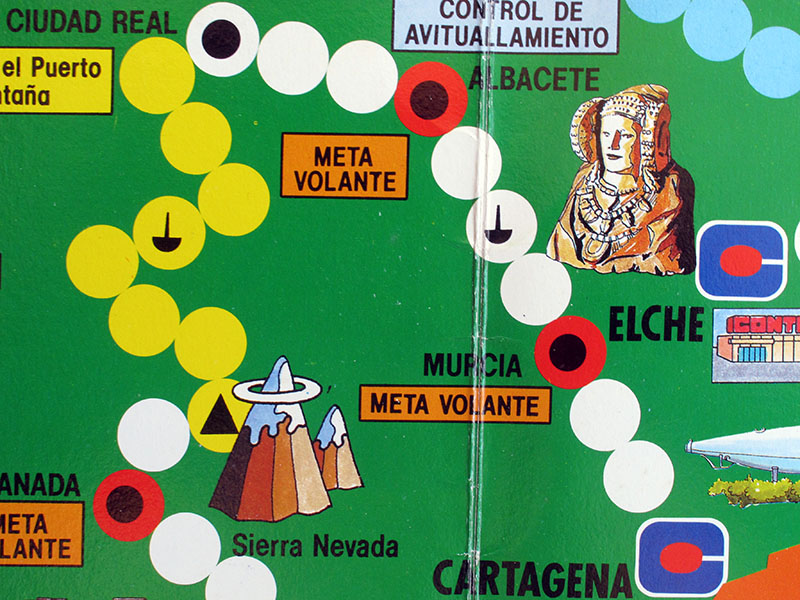 ... passes near some important tourist sites.... 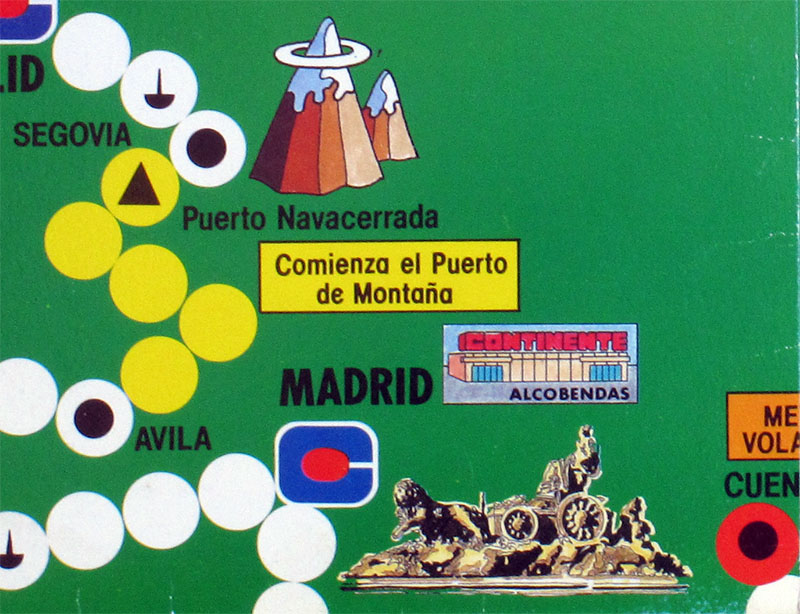 ...and ends in La Coruńa (Spanish name, though the official name of the town since 1985 is "A Coruńa", which is the Galician name) 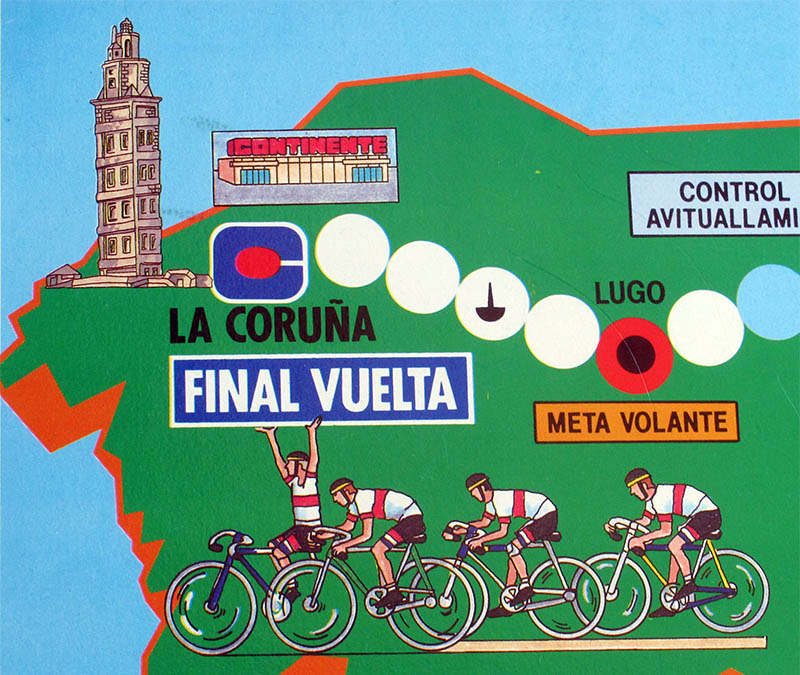 The rules are simple. This is a stage race composed of eight stages. The rules for each stage are very simple of the game of goose type. Riders are awarded points (10 to the winner, 5 to the second) at the end of each stage, as well as in intermediate sprints and mountain passes. It is not clearly stated in the first part of the rules, but these points are for different standings.

There is a special rule for climbs (divide the number thrown by two, rounded down).

By the way, there are special prices in the Andalucia stage, since there are 5 Continente stores in the region. 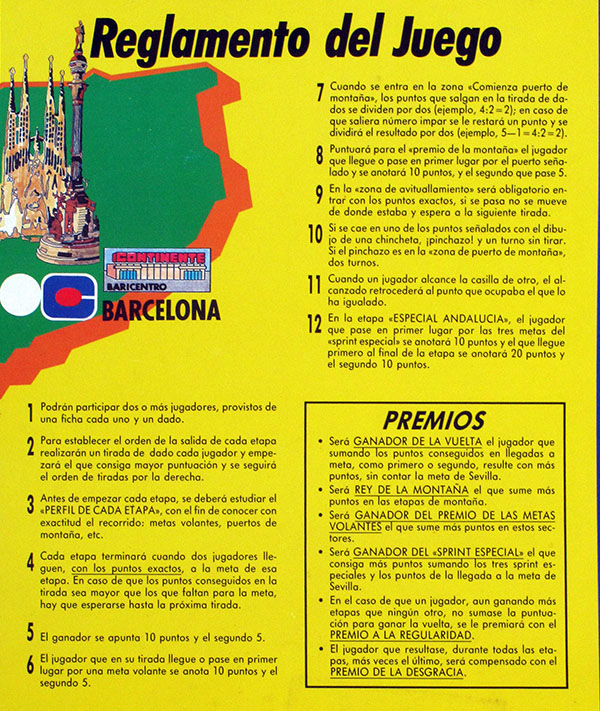 At the end of the game, there are six (!!!) different prices awarded. Not only to the Vuelta winner (the player with most stage-end points, not including the Sevilla stage), but also to the mountain winner, intermediate sprints winner, Andalusia stage winner (including the special intermediate sprints in this stage), a regularity price and even a "bad luck price". Every player is almost assured one of more prices! 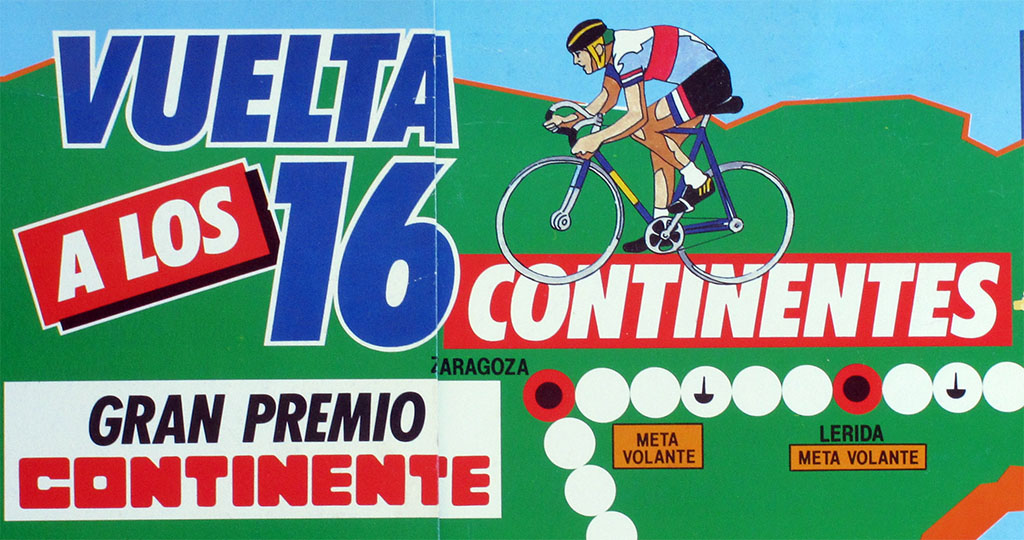