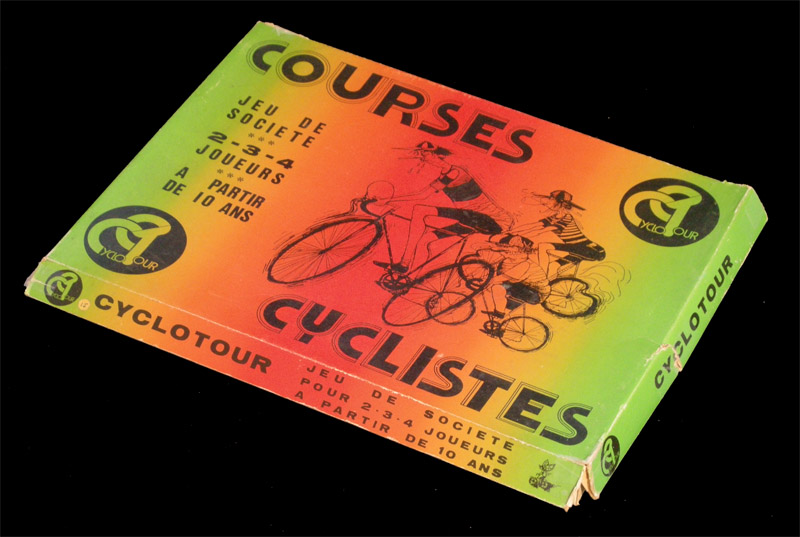 Self-produced French game. There is very little information about it. I wonder how many of them were made. I would bet that just a few, since most of the parts of the game are hand-made (or hand-painted). I am not even sure which is supposed to be the name of the game. I have decided that the big "Courses Cyclistes"letters on the front of the box are a description rather than the name of the game, but it might be otherwise. Of course, the datation of this game is just a guess.

It features a couple of two-faced boards whith which you can make four different tracks, four teams of four riders (some of them hand painted, though monochrome), an extra yellow rider (to replace the leader in stage races), a set of tactic/chance cards, a couple of dice, some markers, a classification sheet and a simple enough set of rules.

Most of the rules are quite usual: you divide your throw among the riders, maximum four points per rider; you cannot win the race unles all your riders have reached a certain "hot" point in the race; you have to play inmediately chance cards but you can keep tactic cards (you take a card for each rider that finishes his move in red fields).

Some rules are quite weird, like the nails that cause punctures moving around some areas of the board, trailing the cyclists.

The level crossing rule is unusual too: Every time a player throws a double with the dice opens or closes the barriers. The game begins with the barriers closed (and of course you have to cross when they are open). You cannot stop on the train tracks.

However, there is an interesting rule in this game, the regrouping rule: Each player receives at the beginning of the game two "R" counters. Whenever he throws a double  he may spend one of the counters (or a special "Regroupement" card) and regroup some riders of his choice. For this he defines an area (by means of the two long "Regroupement" markers) no more than five fields long in which there are at least two riders, and advances all the riders in this area as far as possible within the area (moving the riders in the order he choses). After that he plays his dice throw normally. 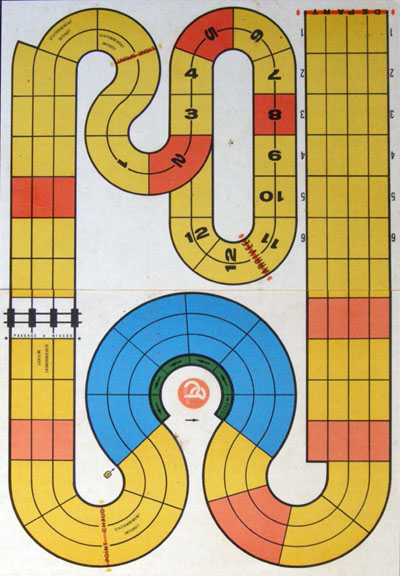 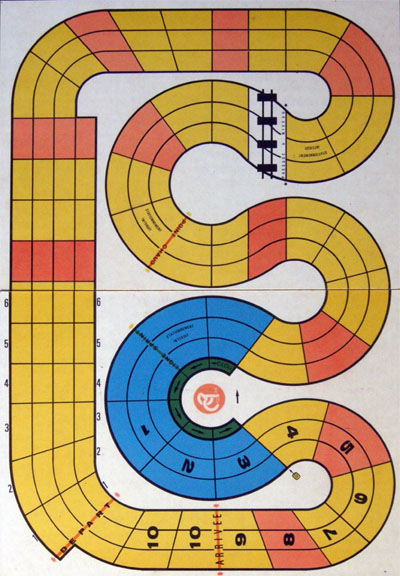 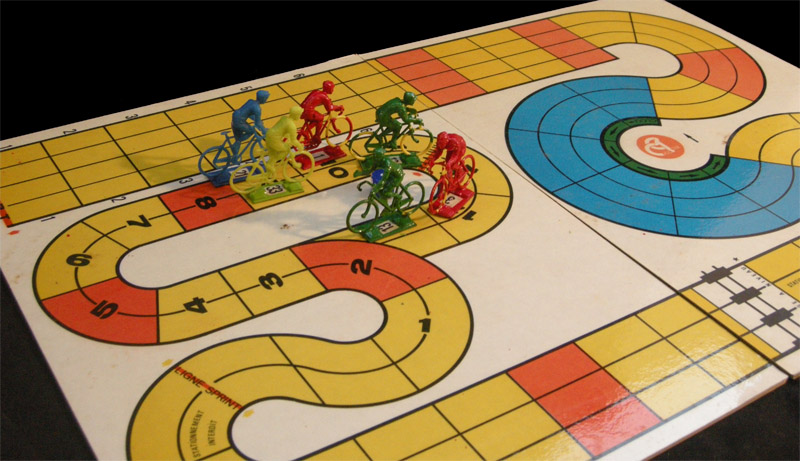 Check the green and red cyclists. They are painted over yellow figurines. 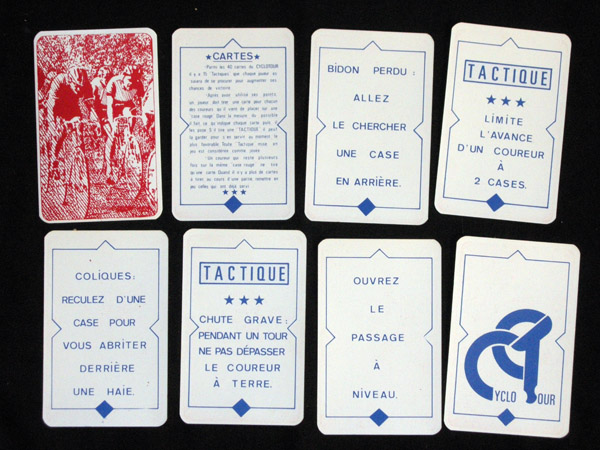 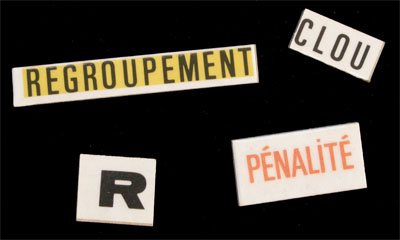 The rules for stage races are quite disappointing. The final fields of the board are marked with a number. This is the number of points the riders receive at the end of each stage. Players simply add the points for each rider in the provided classification sheet. 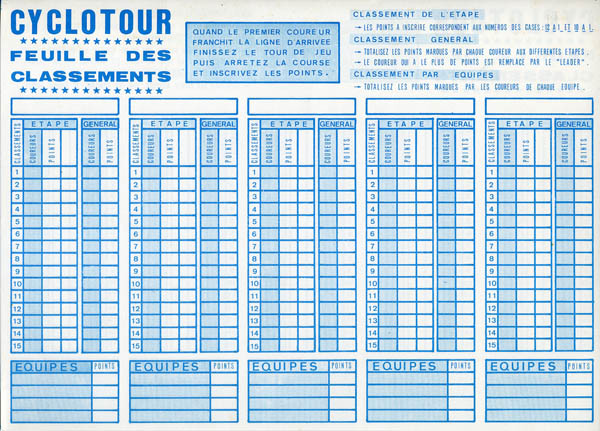