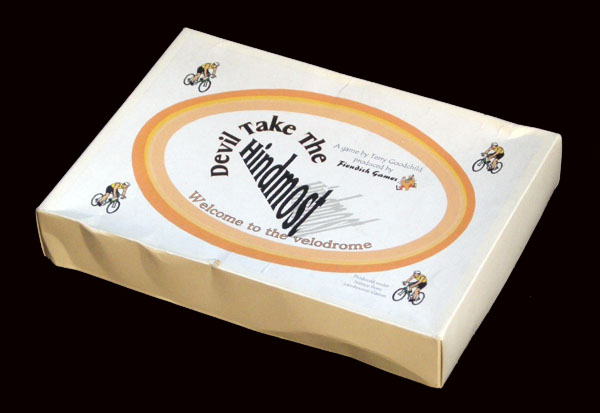 One of the most exciting cycling games! Even though the presentation sucks, using standard poker cards to move cheap cardboard cycles on an ugly plastificated board, the game is thrilling!

According to Lambourne Games: "Based on the famous track cycle race, players control a team of cyclists and move them round a numbered track by playing cards. At the end of each lap one cyclist gets eliminated, the field regroups and races again until only one cyclist remains. The skill of the game is in building a hand that enables you to play the right card on the right numbered square. Lots of tactics involved, easy to play - but hard to play well." I agree with every word.

Unfortunately, the game has been discontinued as a cycling game, since there is a commercially-released car-race version, "Formel Fun", with a much better presentation. However, the mechanics of the game are much better suited to cycling, not only because they represent an elimination race, but because the energy management implicit in a car hand has a deep cycling flavour. 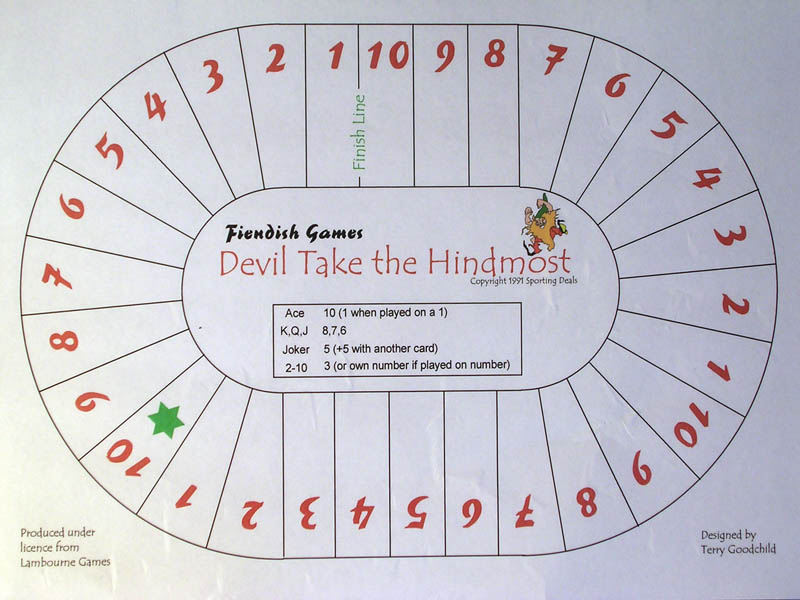 This is another (much smaller) board. When I first bought this game I did not receive it in the box pictured above but (if I remenber well), in a big bubble-padded envelope. I did not have the box, but the board was not folded (if you get the box, you get a folded plastic board wich will never be flat again). Included in the envelope I received this much nicer (though unplayable:too small) cardboard board. 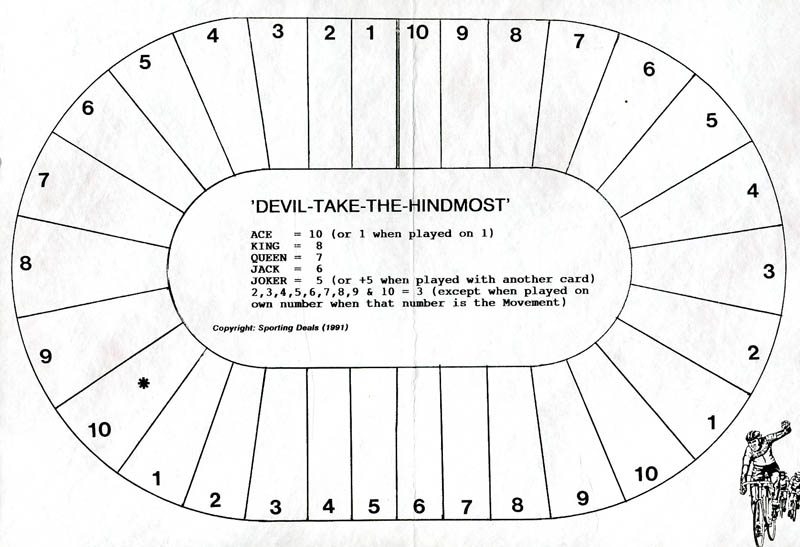 I did not receive the usual plastic riders that came in the boxed version either. 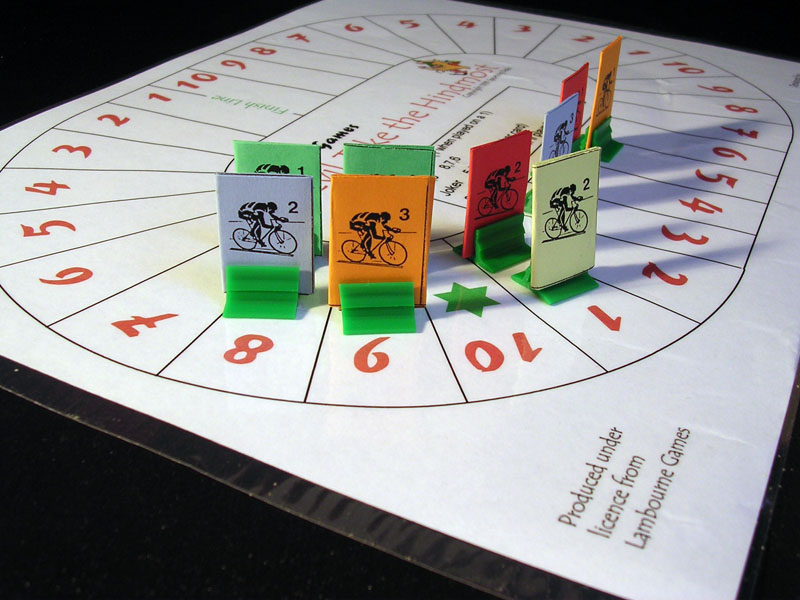 Contents of the boxed version of the game 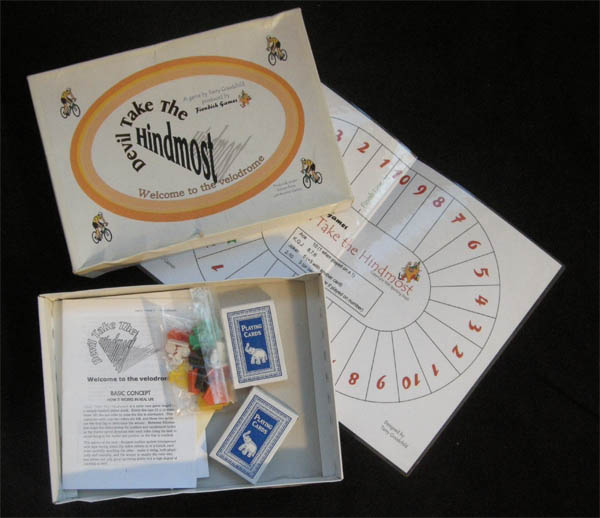 Since the game is discontinued and Formel Fun is not easy to find either, I strongly encourage you to make your own copy of this game. It is hard to make it uglier than the original anyway. You will find the rules at BoardGameGeek (or at Ludo Nauws' site, but those are in Dutch) and all you need will be an easy to make board, a couple of card decks and some counters (preferably in the shape of a cyclist). Have fun!