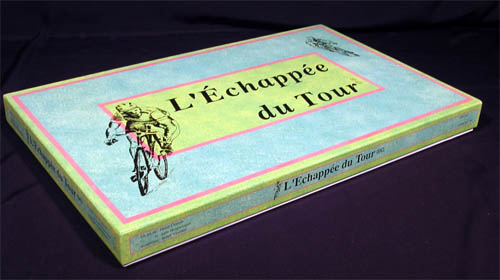 Another modern French game. This one has two peculiarities. The idea of having the rider's number in the plastic base is a nice one, although it doesn't improve the readability as much as one could expect. The second issue is in the mechanichs of the game. Finally someone has dared dealing a different hand of cards for each cyclist in the team. (Generally, card based games have a common hand for all the team). Of course, this is much more realistic, but not specially playable. This is an idea I wanted to try myself, but was afraid of.

Unfortunately, the graphics of this game are particularly ugly, and the cards "6" and "9" are difficult to distitinguish, which does not help much. 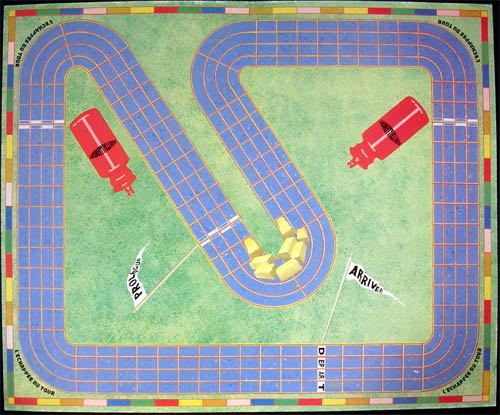 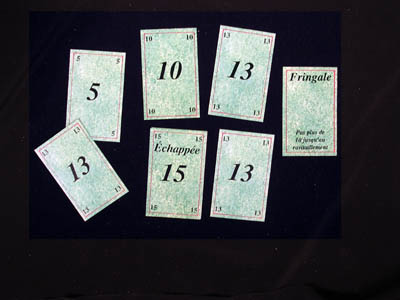 The riders are not that bad

The numbers on the rider's base 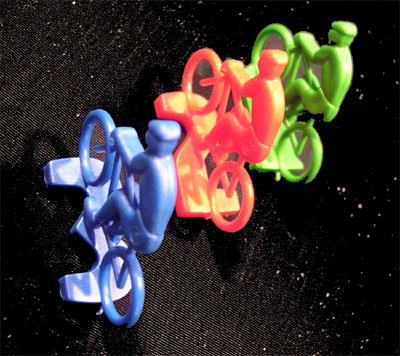