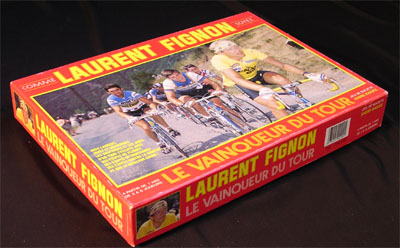 The best of this game is that you play twelve stages, including two timetrials (and a prologue!) and three mountain stages. The stages are short enough to have a full Tour played in an evening. The worst is that the game is quite silly. It reminds too much of "1000 Bornes", which, of course, does not make a good cycling game. 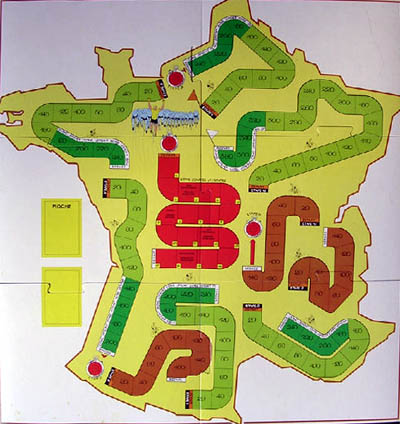 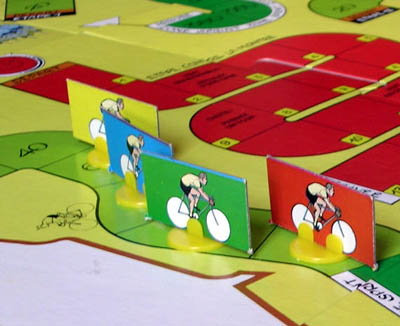 The game comes with a yellow cap that the leader is supposed to wear: 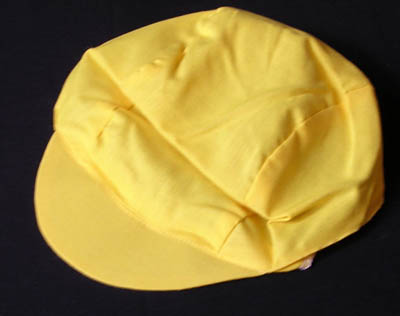