FIRST TO THE LINE

Here is an interesting modern card game which gives a good feel of a cycling race. The game consists of a card deck which is enough to play the game up to four (maybe five) players. If you want to play with more players, it is possible but you will need an extra deck.

Besides, there are a couple of extensions available, one called "Northern Classics" and another called "Summer Stages". In fact there are two volumes (sold separately) of each of these. 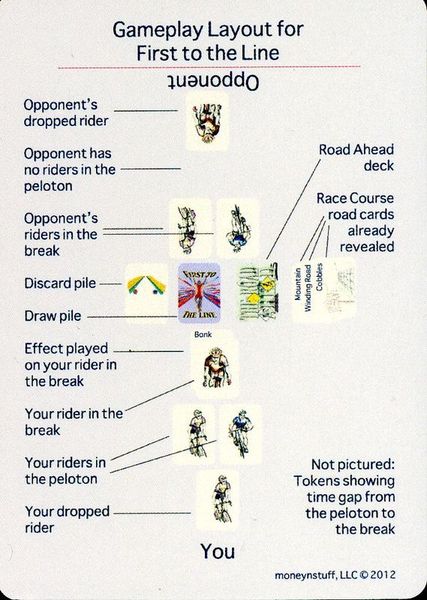 The rules are short, but I had to read them twice, since the game is different from what I first imagined. Do not take this as a problem, it's the opposite. I loved it not being obvious. (Besides, reading twice a short set of rules didn't take too long). 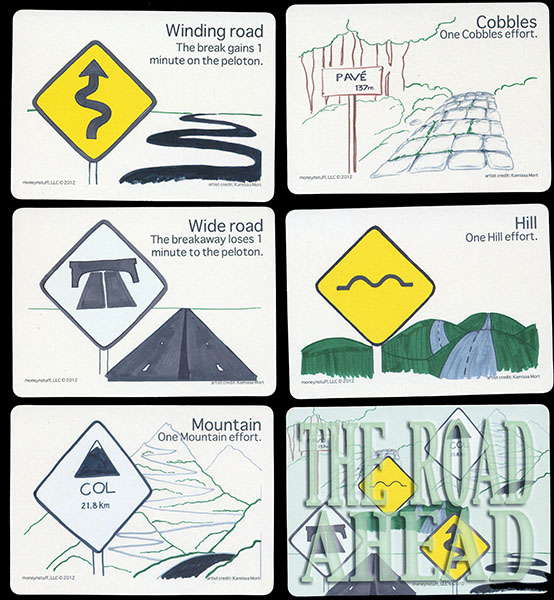 There are two types of cards, the so-called "road ahead" cards, which mark the type of road in which you are riding and the general deck, which consists of riders, action/reaction cards, and effects. 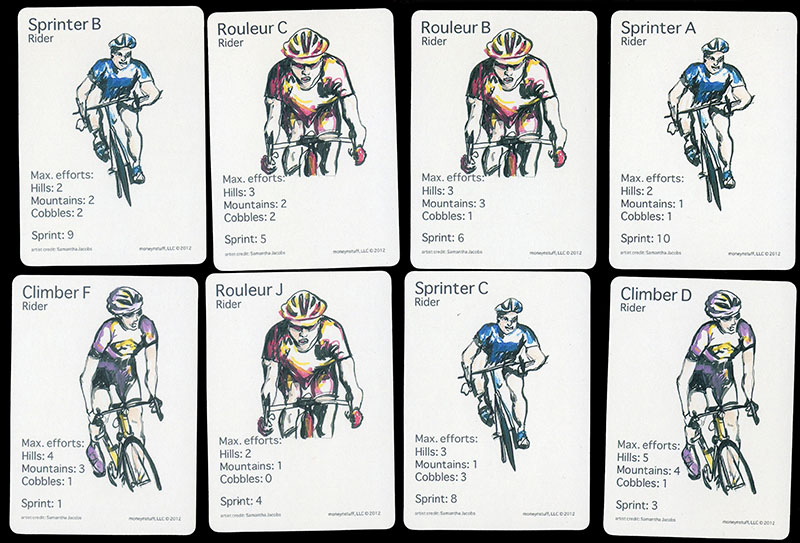 Basically, each player is dealt five cards at thew beginning of the game, draws two in his turn, plays up to three of them, maybe discards some, all of these trying to get his riders in the breakaway group. There are never more than three groups (breakaway, peloton, dropped riders) though the advantage of the breakaway increases and decreases during the game. At the end of the race (when  the last "road ahead" card is shown), the rider with the highest sprint value in the leading group wins the race.

Not so difficult after all... 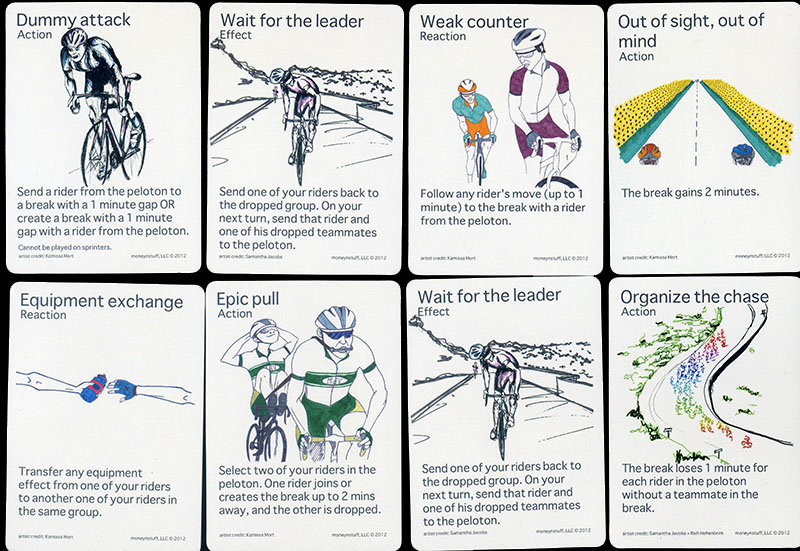 Apart from the extensions mentioned above, there is an advanced variant to the rules called "Directeur Sportif" (claimed to work with 2 to 22 players), in which each player should have his own deck (though maybe two players can split a deck between them). 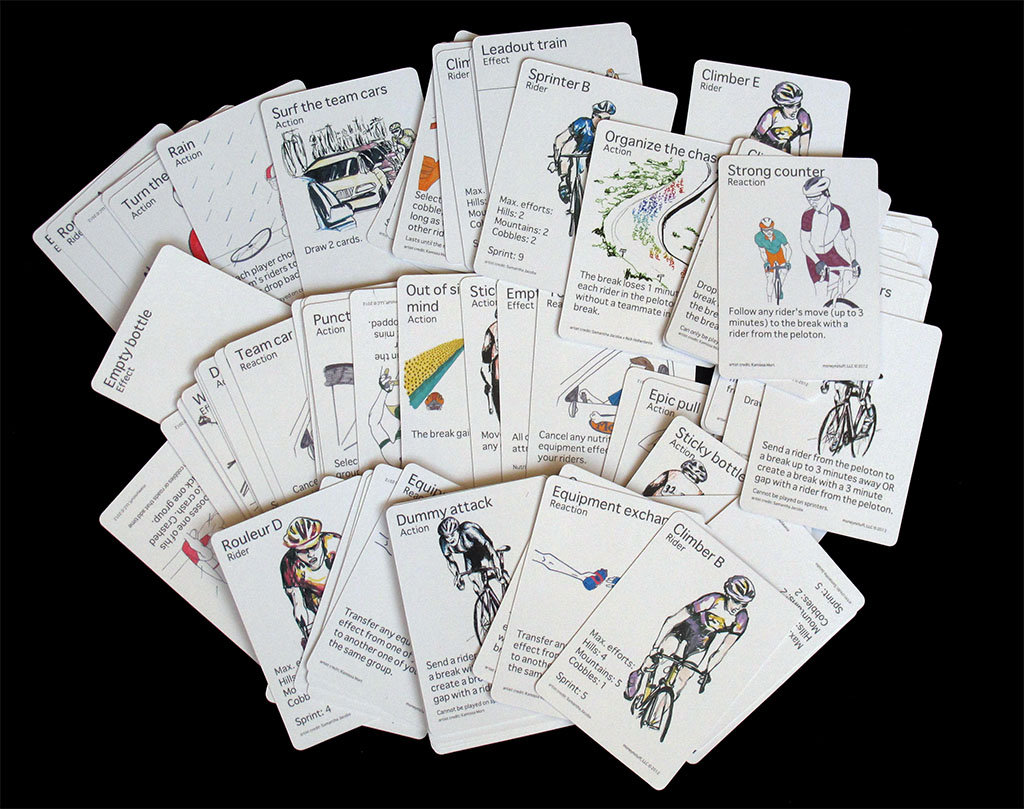 Thanks to Pascal Carcy for tipping me about this game.