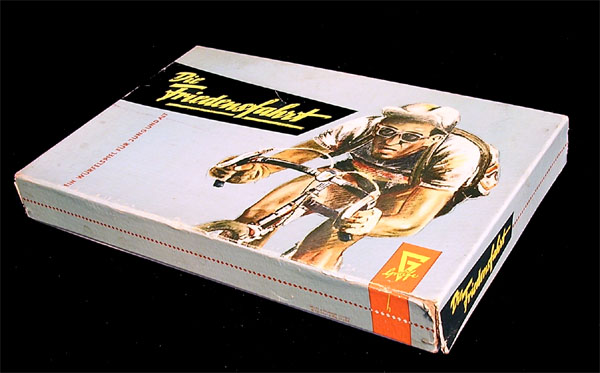 Die Friedensfahrt (aka "Course de la Paix") was the most important cycling race benind the iron curtain. It started in 1948 (and is still running: in 2006 it was the 58th edition, though the importance of the race is much lesser, and it is not run by national teams anymore). Of course, the race needed a companion board game! 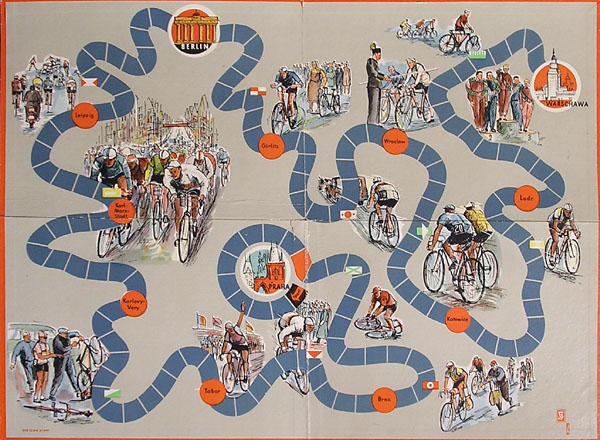 From Praha To Warschwa via Berlin. 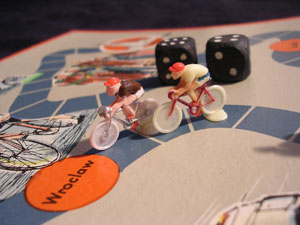 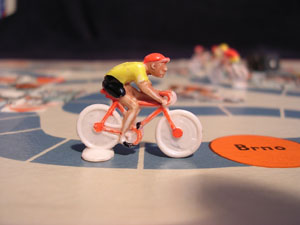 The rules say that the game is for 2 to 6 players. I once had two copies of the game (sligtly different editions) and each featured 6 riders. However, there are seven slots for riders in the box (I even received one of the boxes with one extra cyclist counter, though it was one by Spika). I am not really sure if there shoud be a seventh cyclist. 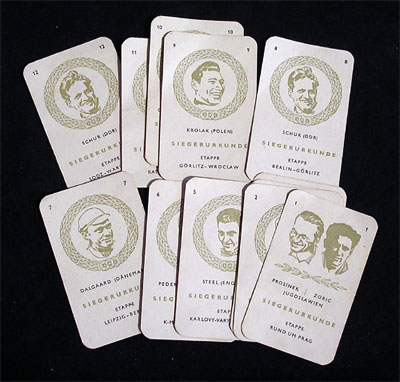 The game features twelve cards (not needed to play) with portraits of the winners of the first 12 editions of the race and the name of the 12 stages. First card features two riders since the first edition of the Freidensfahrt was split in two legs, so there were two winners.

Curiously, out of 12 editions (ok, 13 counting the two in 1948), there are 4 Danish, one Dutch and one English winners. So half of winners were western (one third being Dane!)

By the way, the stages featured do not exactly match any edition of the race (though they are quite similar, say, to the 1957 edition).

You can check all the facts at this fantastic site: http://www.memoire-du-cyclisme.net/, or even here: http://friedensfahrt-info.de/ff_start.html if you don't mind reading German. 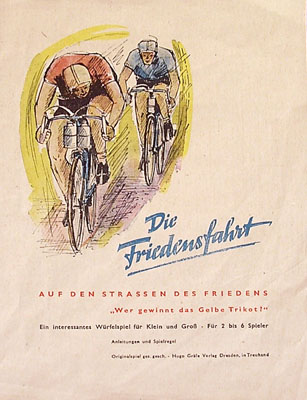