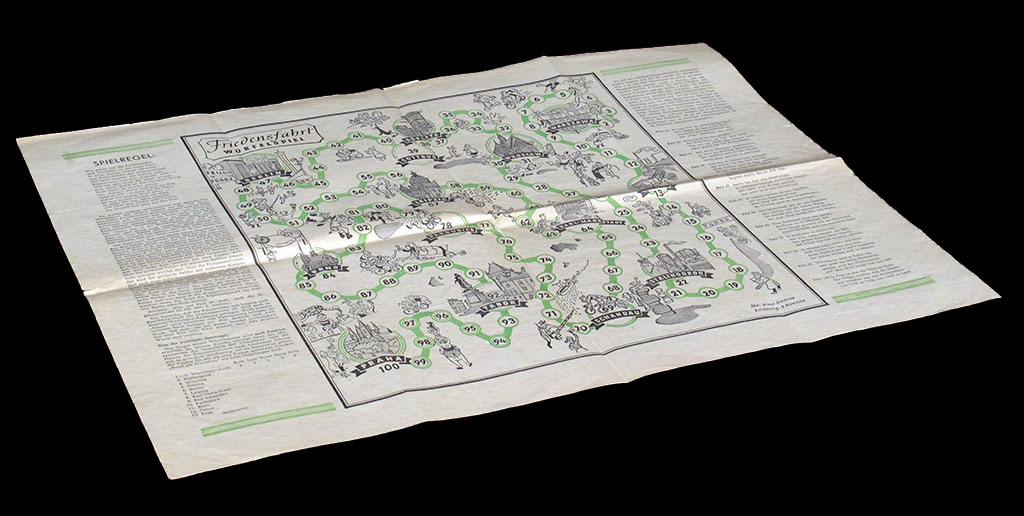 Here is a game issued for the 1954 Peace Race. It was probably issued with a newspaper or kids' magazine but, unlike this other quite similar game, there isn't any reference to the original magazine. Of course both games are chromatically similar, and at first I thought it was probably included in the Kinder-Wochenpost too. However, after having both games side by side, I am not so sure. They look less alike than in the pictures. The size is not the same and the green ink is of a different shade (or maybe it has just aged differently). Any further information will be welcome. 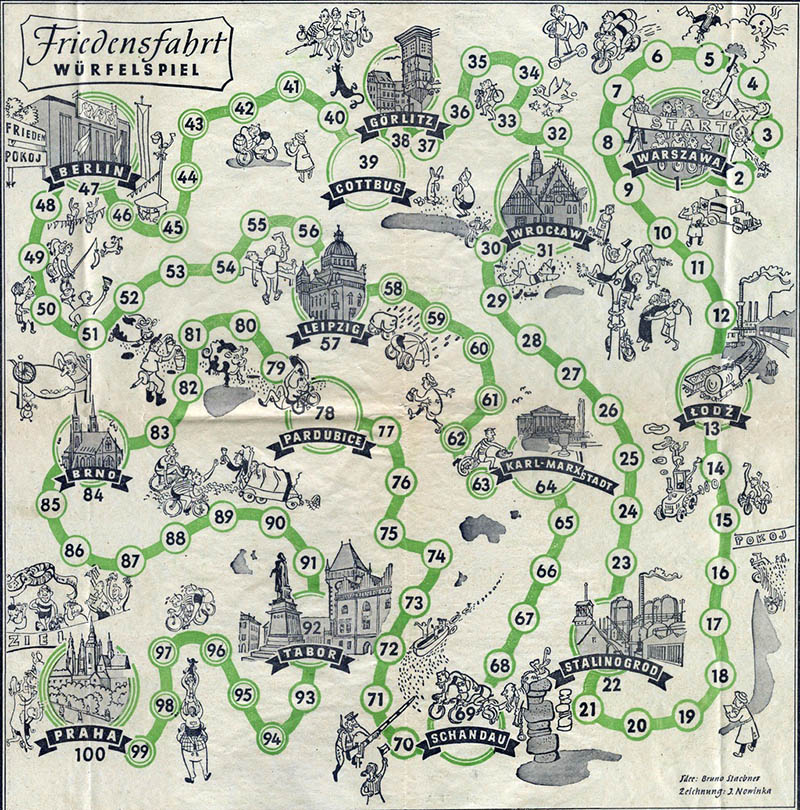 As seen on the first picture, this game spreads over a double page. It measures 60 x 42 cms, so the original newspaper or magazine must have measured 42 x 30 cms. As the rules are written on the margins, the actual game board measures 35 x 35 cms. 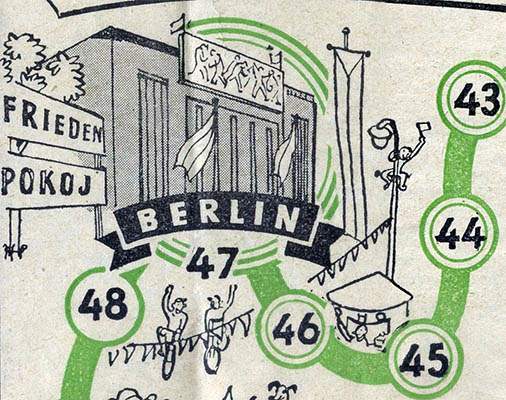 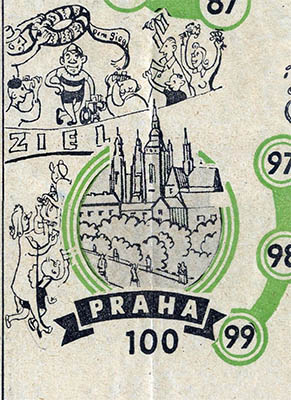 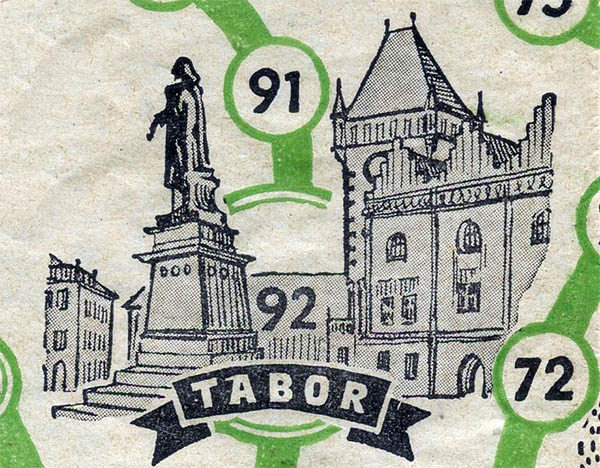 For some reason (or is it me?) the eye is attired by the city of Tábor and its statue of Jan Žižka, hardly a personification of the Peace Race socialist ideals. 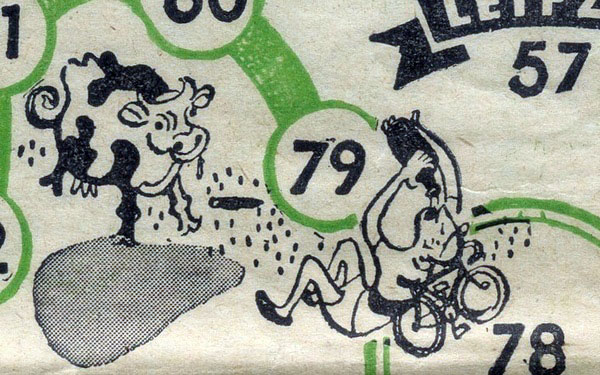 Not sure if these represent Peace Race ideals either...

Part of the games rules are written in rhyme (!) 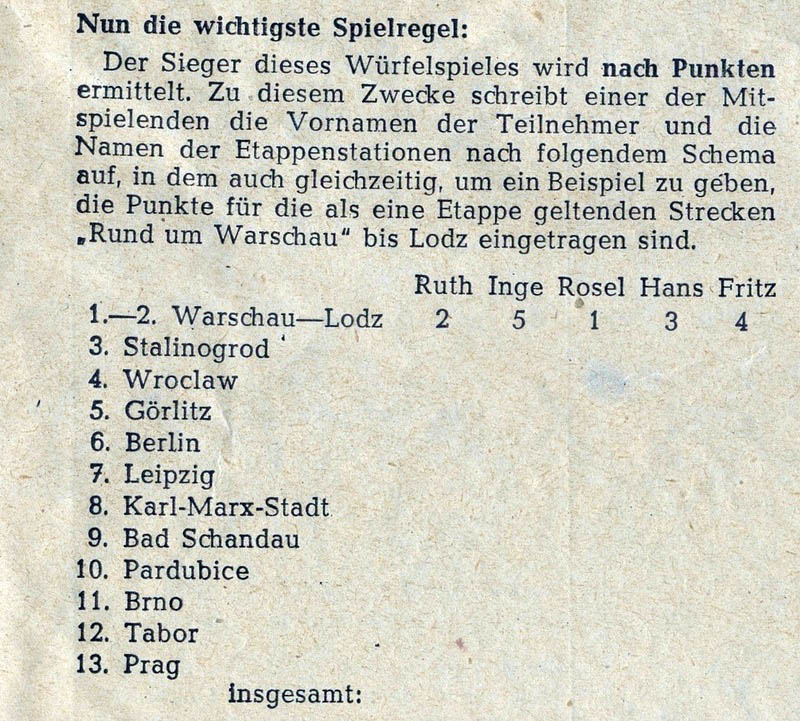 As simple as the game may be, it represents a stage race game not only because it is named after one, but because stages are scored individually (and points are eventually added to determine the game winner). As you can see, the game follows the 1954 Peace Race, even offering apologies for skipping the first stage (a circuit around Warsaw, actually). It is historically relevant to notice the stage at Stalinogrod, which is the name Katowice received between March 7th 1953 and 10 December 10th 1956 (of course in honour of Joseph Stalin, leader of the Soviet Union).

I cannot identify (yet) the magazine in which the game was published, but we can identify the authors of the game. 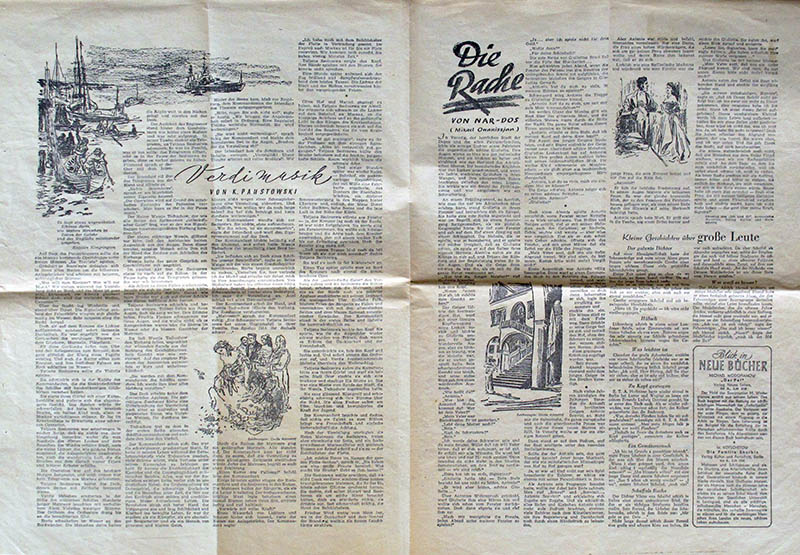 On the back of the game we find, among others, an article on Verdi's music. The pages are not numbered (which could offer some kind of a clue) but it looks like a youth magazine, doesn't it? It might be the Kinder-Wochenpost after all.

Thanks (again!) Gordon for the tip.