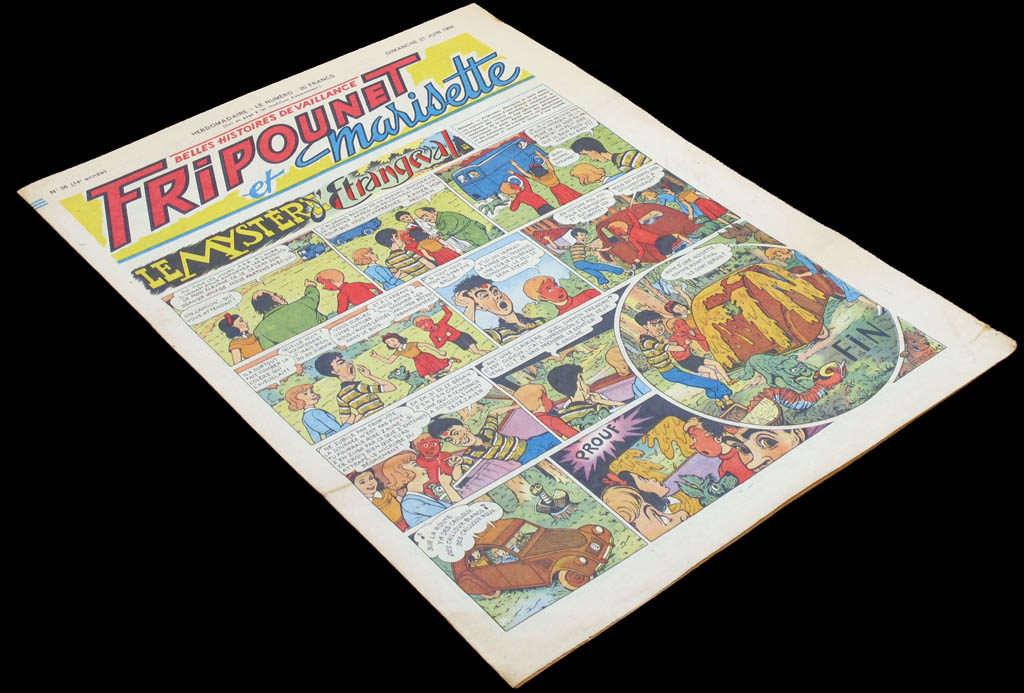 Another game discovered by Didier Maria in an old magazine. This one was inside the june 27th, 1954 (n. 26) issue of Fripounet et Marisette. in page 2. In fact, what is found in the magazine is just a set of directions to make your own game. You need to copy the board (approximatively 5 times bigger), make your own cyclists (6 of them) and customize two dice (one with each side the colour of a rider), the other marked 1,1,2,2,3,P) 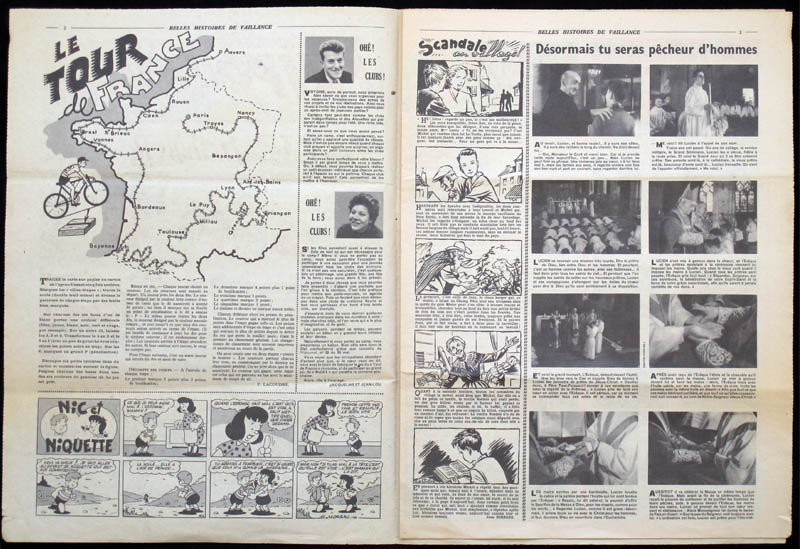 Once you have everything, the game is very simple. Both dice are thrown (it does not matter which player throws them) and the rider whose colour appears on the first dice advances as many fields as indicated by the second dice. If a "P" appears on the second dice, this rider has a penalty.

The game represents a stage race (the Tour de France, naturally). At the end of each stage, points are awarded to the five first riders (7, 5, 3, 2 and 1 point), and penalty points are substracted. Rules for a time trial are also provided. The rules are the same, actually, but riders run one by one and the number of dice throws is counted.

Even if the rules say that each player choses a rider, in fact six riders are needed to play the game, but it is not necessary to have six players. The game can even be played alone. 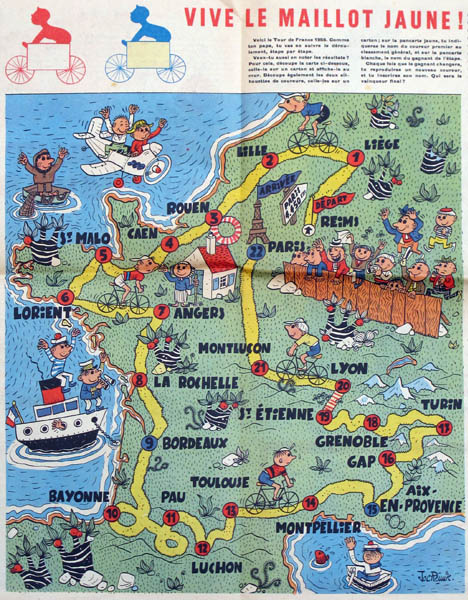