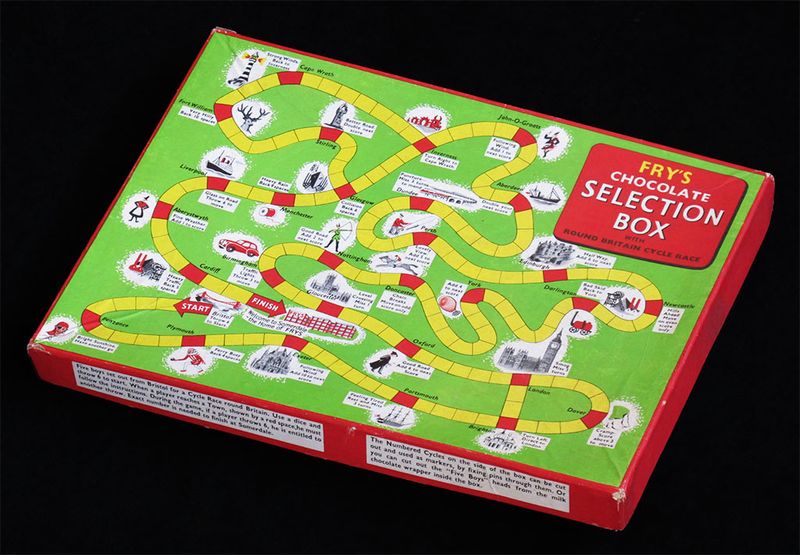 This simple game is part of a collection of games that were feature on the lid of Fry's Chocolate selection boxes. I  have seen at least another game in this series, one called "Rocket Race", though there may be more. The box is quite small, measuring  27 x 19 x 3 cms. 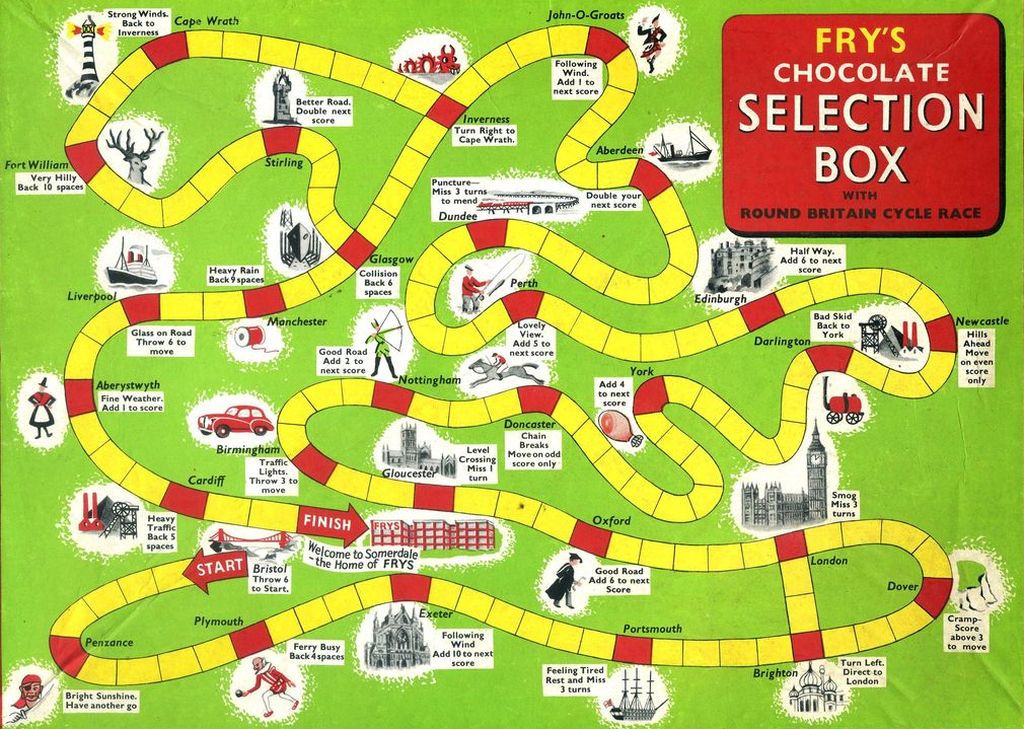 The instructions to play are on one side of the lid. The game is somewhere between the game of goose and snakes and ladders. On the opposite side of the lid are five riders that are supposed to be cut out.

Strangely, there are no cycling-related illustrations on the board. One would say that the board was originally intended for a car rally game. On the other hand, these images are the only way to date the game approximately. I would say that the car is from the early sixties... 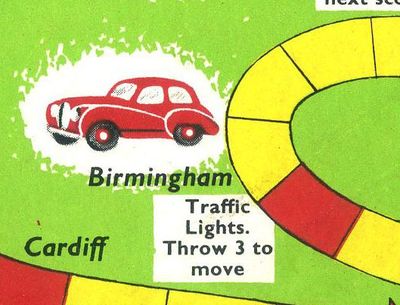 The race passes through London, of course, and also through John O'Groats. Check this other game in case you don't know where it is. 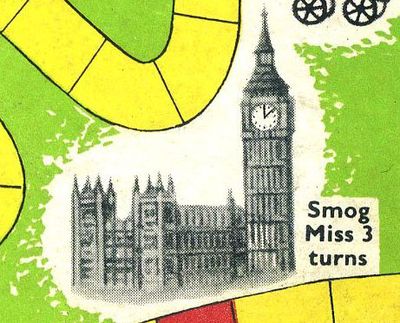 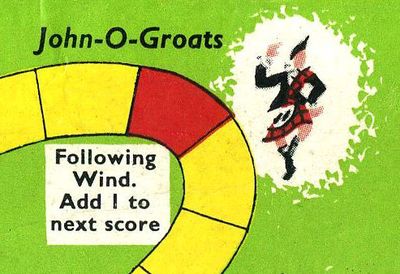 And of course it ends at Somerdale, the home of Fry's.