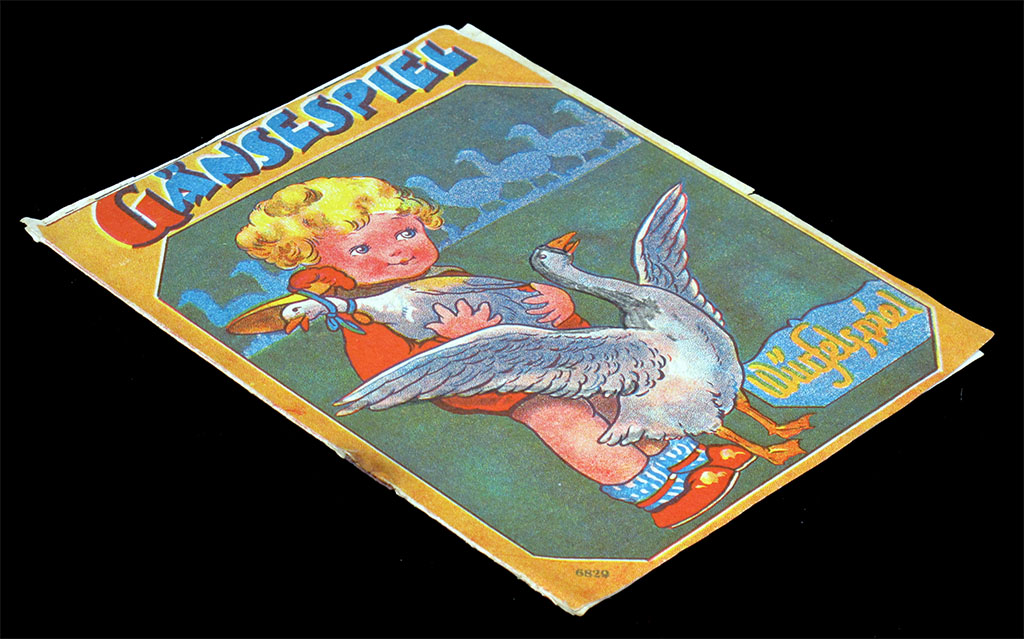 This is a small booklet (15 x 19.5 cms) issued by Leonhard Kahn, a store in Frankfurt am Main, possibly as a gift to his customers. It features a double-page game of goose and four smaller roll-and-move games, one of which represents a cycling race.


As far as I know, the Kahn family was forced to sell in the time of the Third Reich. It is mentioned in Benno Nietzel's book "Handeln und Überleben: Jüdische Unternehmer aus Frankfurt am Main 1924 - 1964" (Vandenhoeck & Ruprecht, Göttingen : 2012). In Frankfurt's Jewish Museum website there is an image of a later promotional game by Leonhard Kahn. 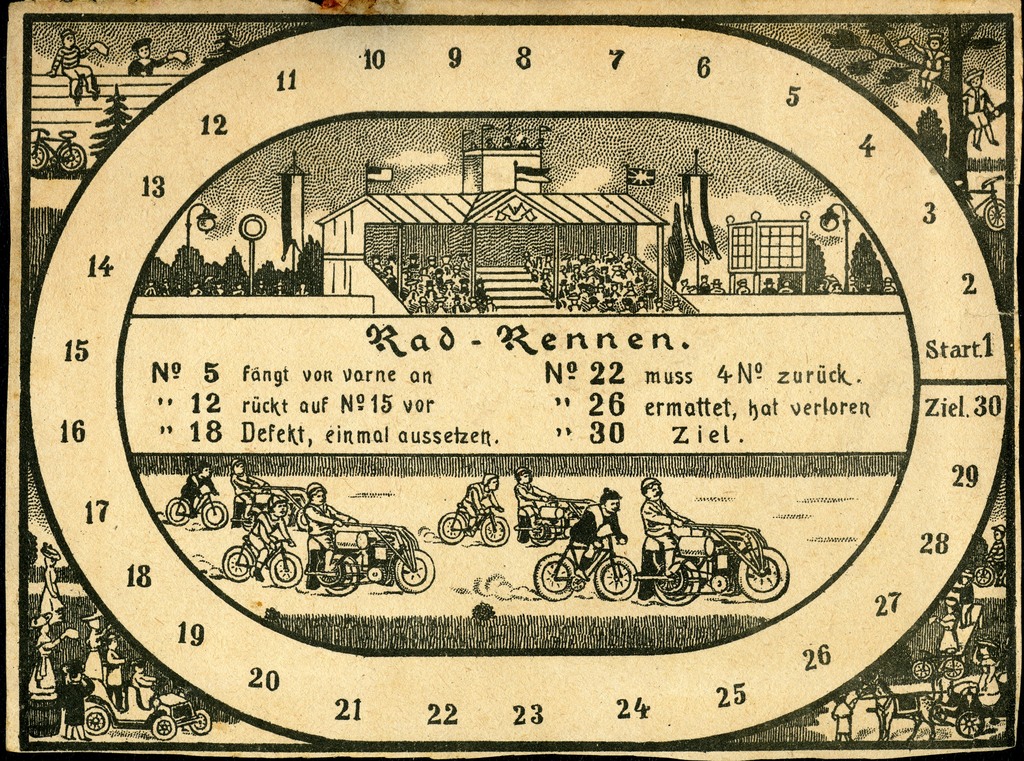 The cycling game is featured on a single page. It measures thus just 19.5 x 15 cms, probably smaller that the size of the image on your screen (unless you are seeing this page on a mobile phone, of course)

By the looks of the riders and the pacing motorbikes, I would say this game was made before WW1. 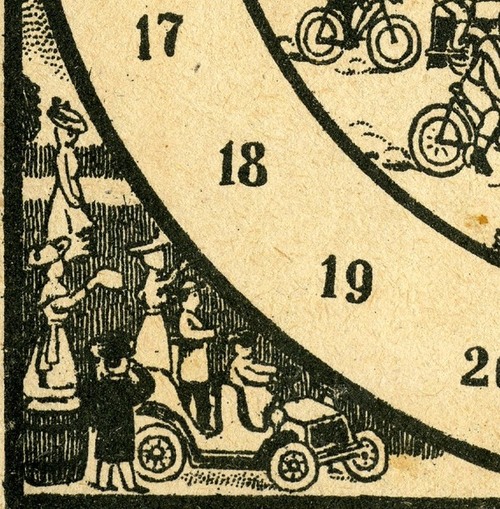 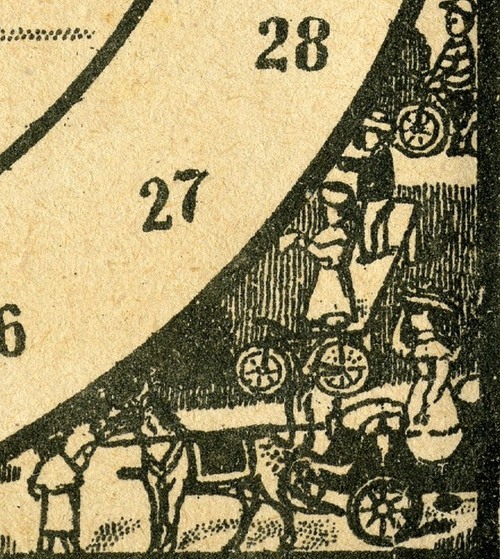 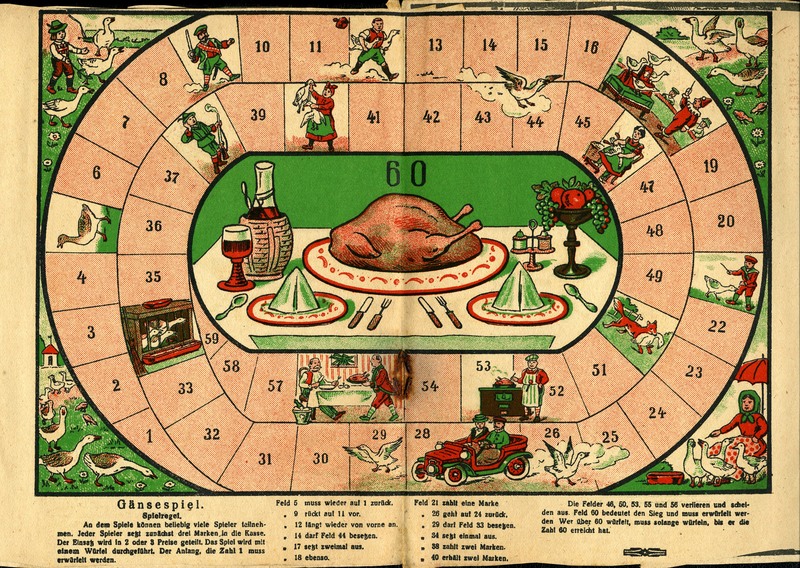 The star of the booklet is this game of goose, which is printed with two colours (plus black) and is displayed over two pages . 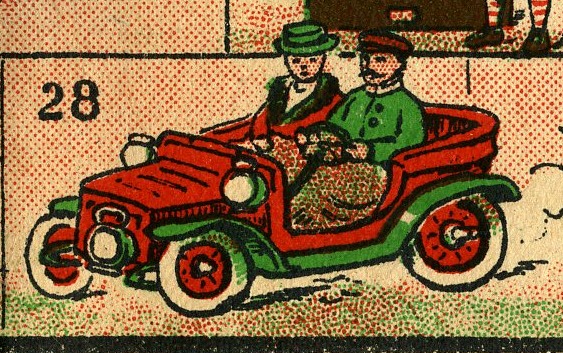 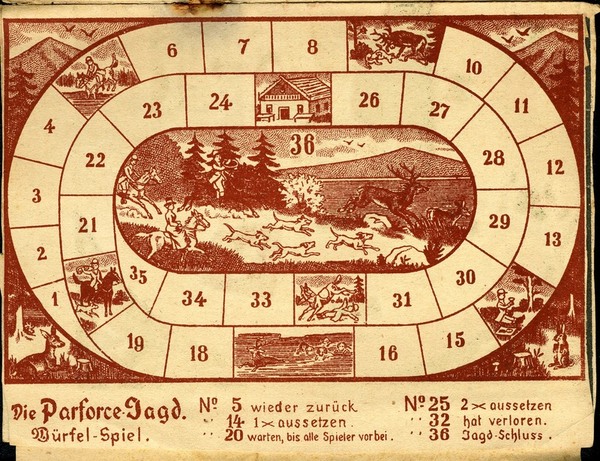 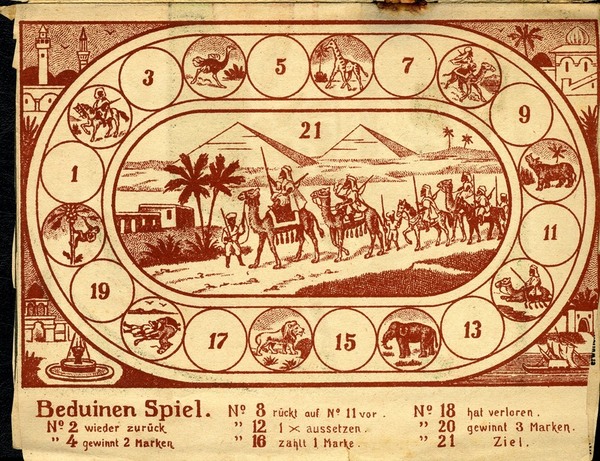 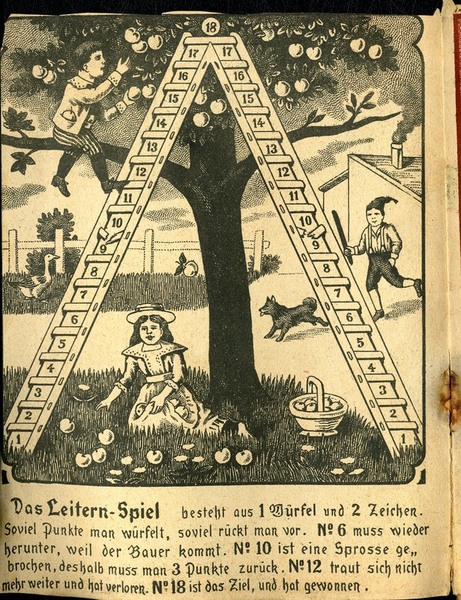 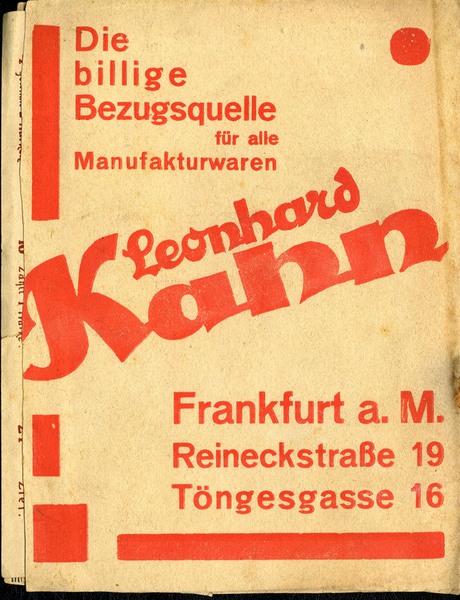 Back of the booklet

Thanks Stephan for the tip on this one!