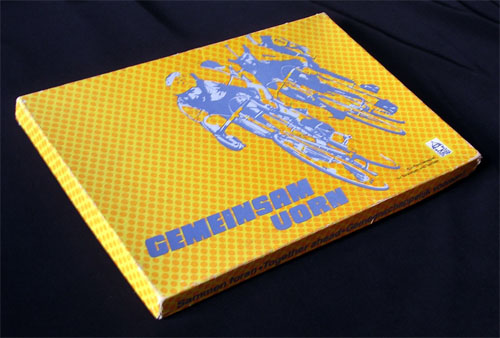 Another East Germany game by Spika. As my friend Thomas Engel (who first told me about this one) noted: “Gemeinsam vorn means in fact Together ahead or Leading Together. As you surely know team spirit (supporting the team [meaning  society] instead of individuality [egoism = bad behaviour]) was quite important in former socialist countries. Team results were at least as important and appreciated as the individual results. I guess that the political correctness of those times affects the title of the game."

The least I can say is that the game has a socialist design, from the ortogonality of the track to the rules (the winner of the game is the one who gets a best team result). Apart from that, the game is not specially interesting. The teams are composed of two riders, the player throws two dice and all the tactic consists of deciding which rider to move in order to collect the bonuses (green fields) and avoid the penalties (red fields).

I don't thing this one was released in other countries, but on the sides of the box the title of the game can be read in six different languages, though I am not sure I can identify them all: "Sammen foran", "Together ahead", Gemeenschapelijk voraan!", "Gagnons ensemble", "Yhdessä kärjessä", "Juntos adelante". My guess is: Danish, English, Dutch, French, Finnish, Spanish. Notice that all of them are "western" languages. 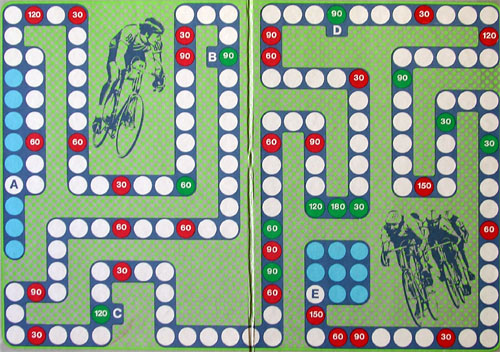 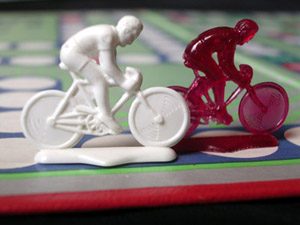 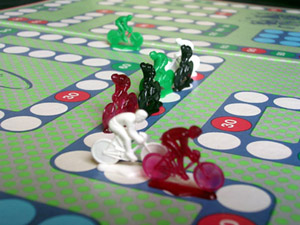 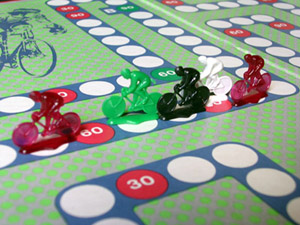 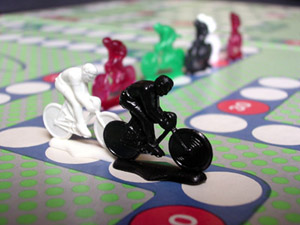