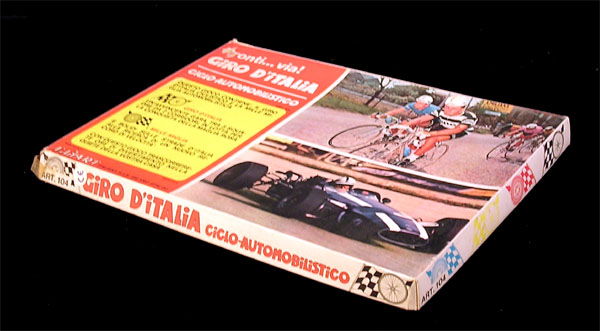 Double purposed Italian game. A cycling race and a car race can be played on the same board. Both games are quite simple

The cycling game features three teams of two riders (whereas the car race features 6 independent cars) and the race consists of eight stages, including a time-trial. Points are awarded to the first three riders in each stage, but not all the stages award the same number of points. Flat stages award 3, 2 and 1 point, while harder mountain stages award 5, 4 and 3. The final stage awards 7, 6 and 5 points. Intermediate sprints also award points.

There are some tactic cards (won at red dotted squares) and misfortunes, a mountain rule (even numbers are divided by two, odd numbers are advanced fully) and even a simple aspiration rule (if the two riders in a team are one behind each other, you only throw one die, you add two to the die and move both riders accordingly, though you can't use that rule two consecutive turns).

A simple game for twelve-year olds, which is probably what it was aimed at. There's nothing wrong with that: I wished I would have had one like this when I was twelve! 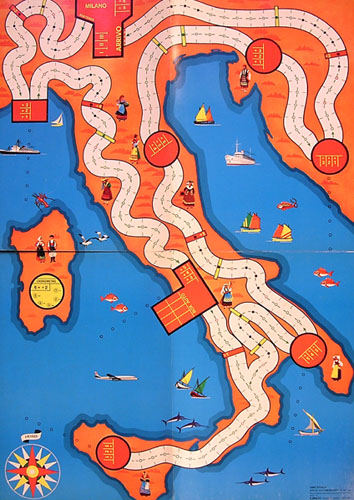 The riders are made of metal. Notice that the riders in one team are distinguished by the cap (one of them wears a black cap). 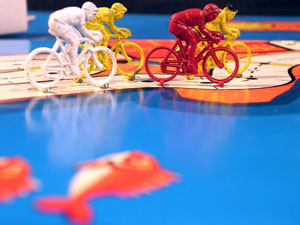 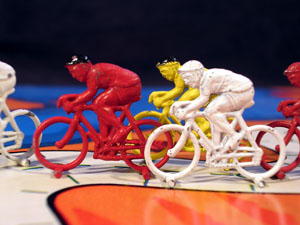 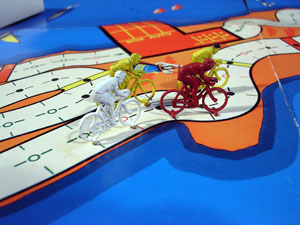 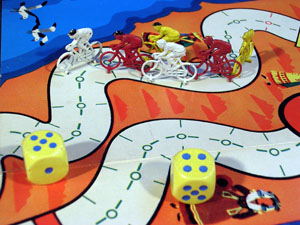 The cars for the second game: 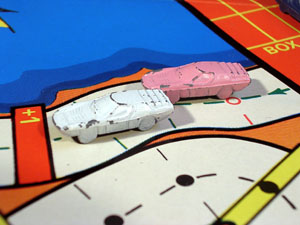