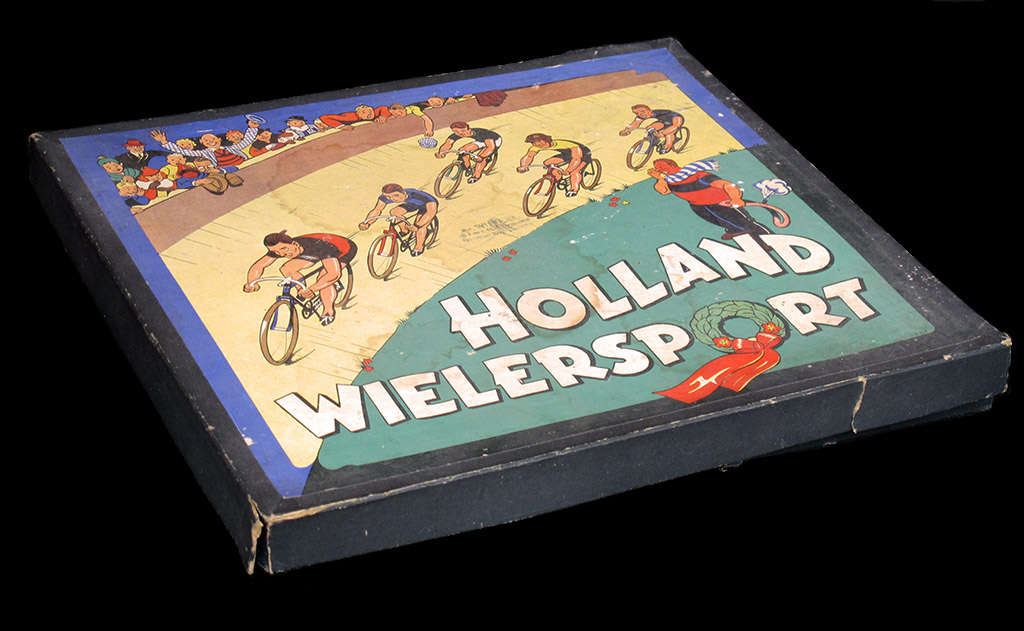 Here is a beautiful old Dutch track cycling game. According to the HONGS website, it was made around 1942. While I rarely date a game as being made during the war, this is not impossible. Life goes on under the most difficult circumstances, and if track cycling events were held during the war, why couldn't games have been released? (For instance, here is another wartime Dutch game).

However, this game is quite big and luxurious for a war economy. The box measures 40 x 36 x 3 cms and the open board measures 67 x 37 cms. 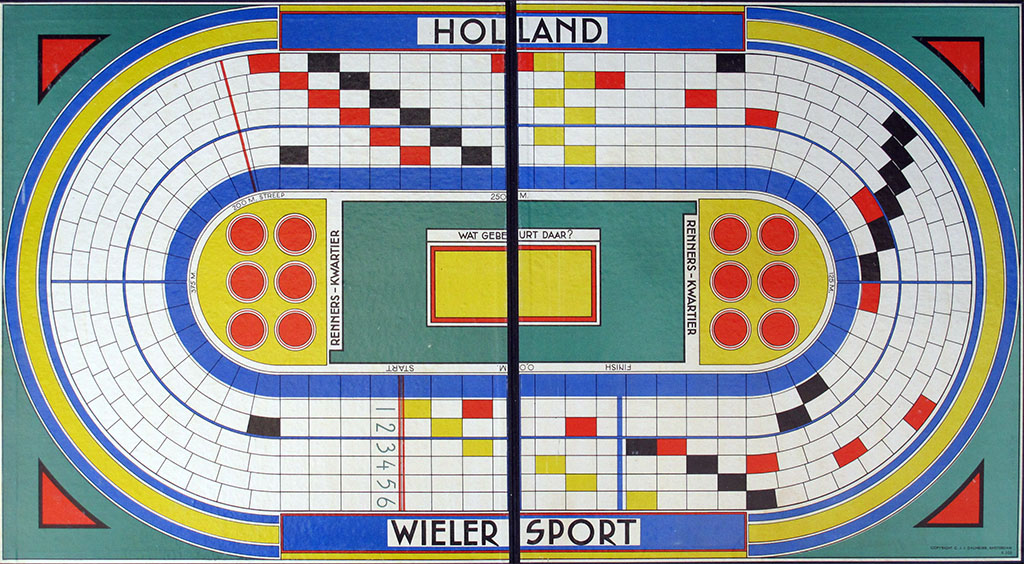 The game contains 12 cardboard riders with a wooden base, and there are rules for 4 different races: Sprint, Poursuit, Omnium and Madison. The first three are individual while the latter is a team race, each team being composed of two riders.

The movement of the rides is determined by the roll of two dice, and the coloured squares on the board mean:

The rules for changing lanes are not too clear and I am not sure I have fully grasped them. As far as I am concerned, being on the outer lanes is advantageous, since it costs you nothing to move to outer lanes in the straights, you can gain speed by diving into the inner lanes during the curves. However, the rules suppose the riders are mainly in the inner lanes.

Maybe the fact that the rules are in Dutch is a problem after all. I do NOT understand Dutch, ad Google's Translator does not always do a good job either... 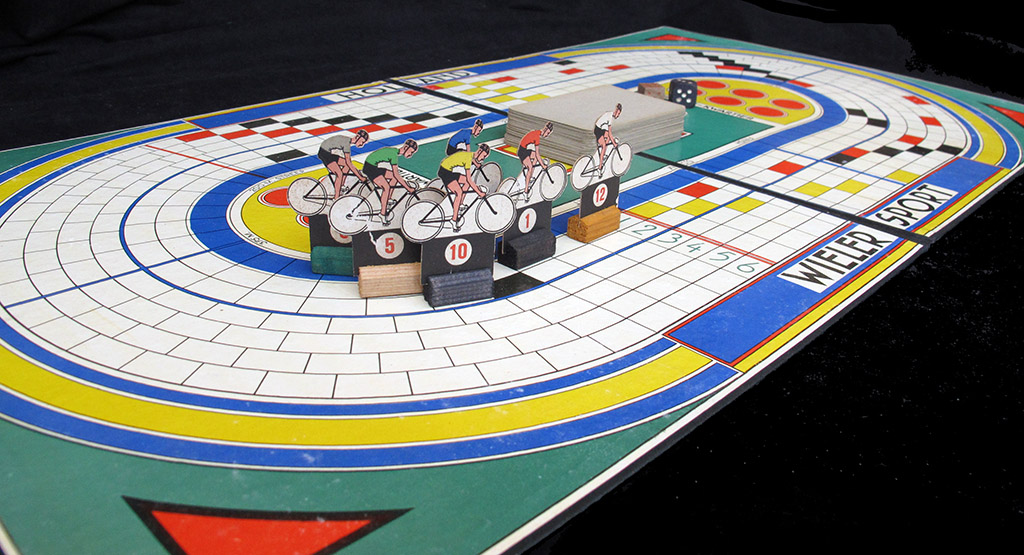 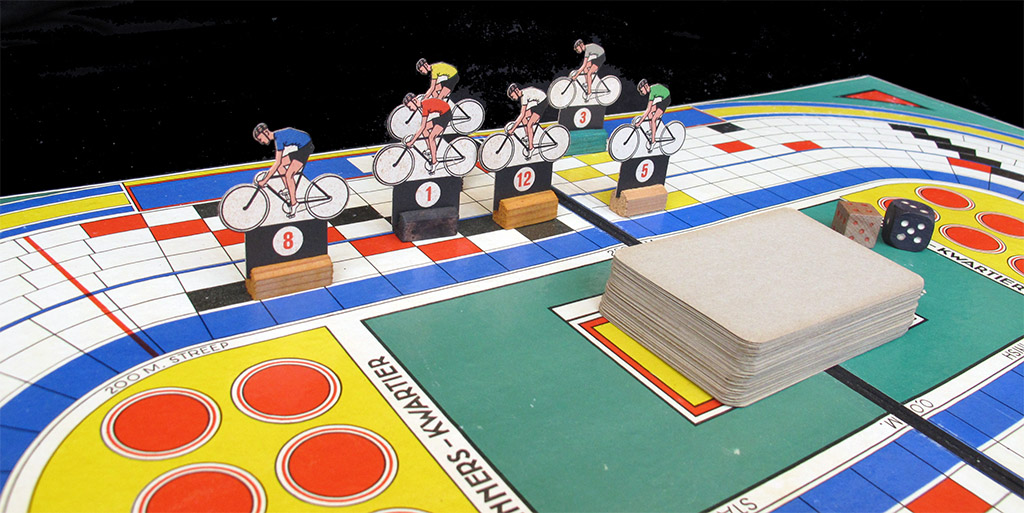 The red-dotted die is not original 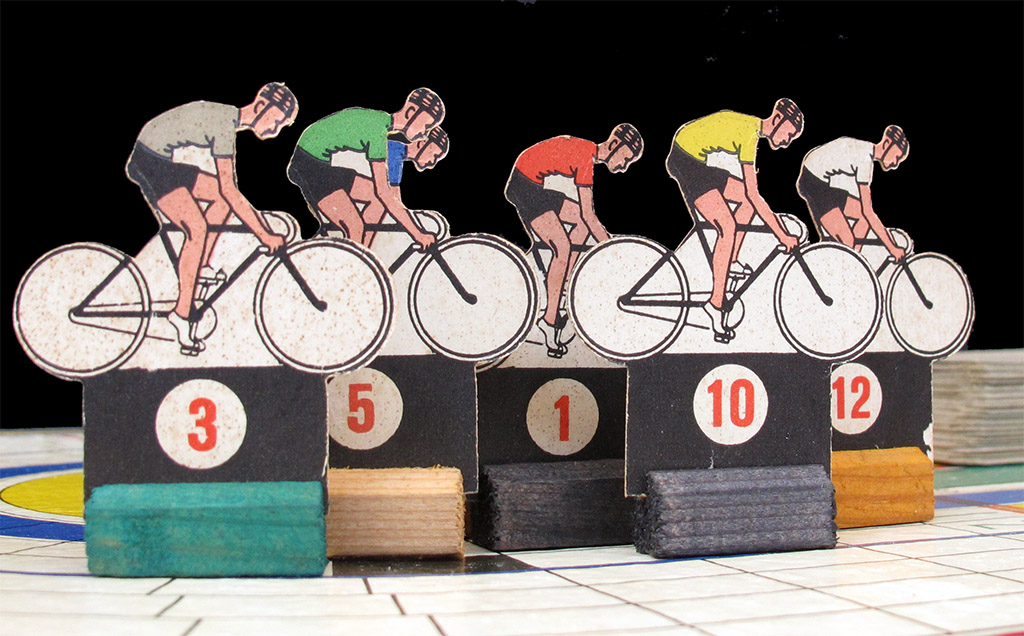 Close up of the riders 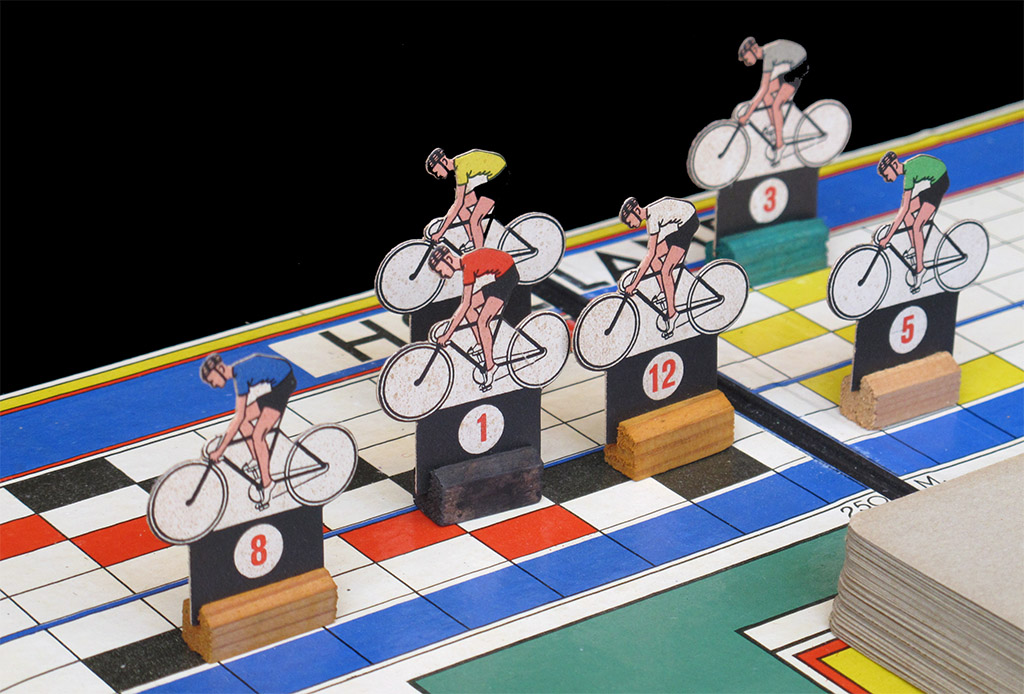 The problem of chance cards is that it makes the game language-dependant of course. Not that these cards are difficult to translate. Most of them just say "Miss a turn" or "advance (or lose) X squares". However, there are 15 "Klassment" cards which I do not understand, and this is not because they are in Dutch. They just say "KLASSEMENT. 1e Aankomende" (or 2e or 3e Aankomende) which means "CLASSIFICATION, 1st position" (or 2nd or 3rd position). I have not seen in the rules what this is supposed to mean. 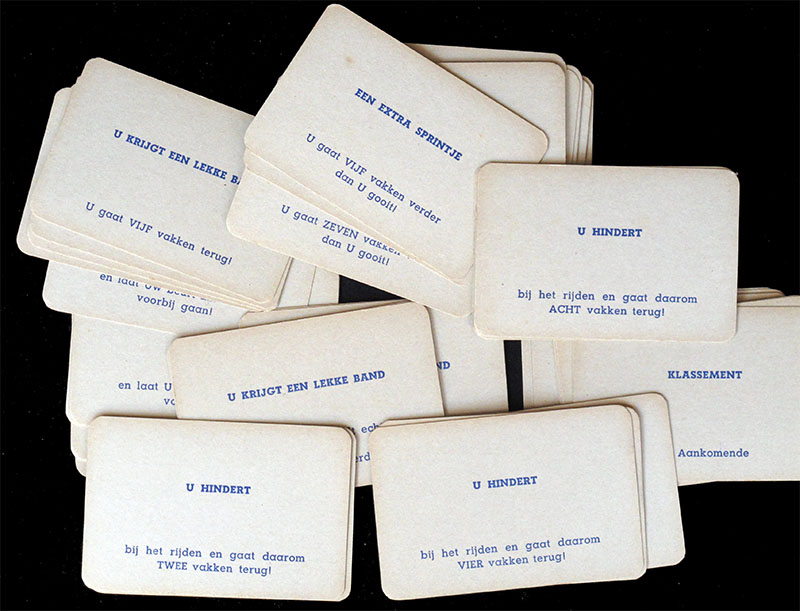 Some cards mention fines that have to be paid in money. As many other old Dutch games (see Homas Tour, Table Tour, etc...), we find game money. Nevertheless, its use is quite simple and the game can perfectly be enjoyed without it: just distribute the money before the game starts (no amount specified in the rules) and pay the fines (no amount specified either in the cards, just mentions to a percentage of the starting money). 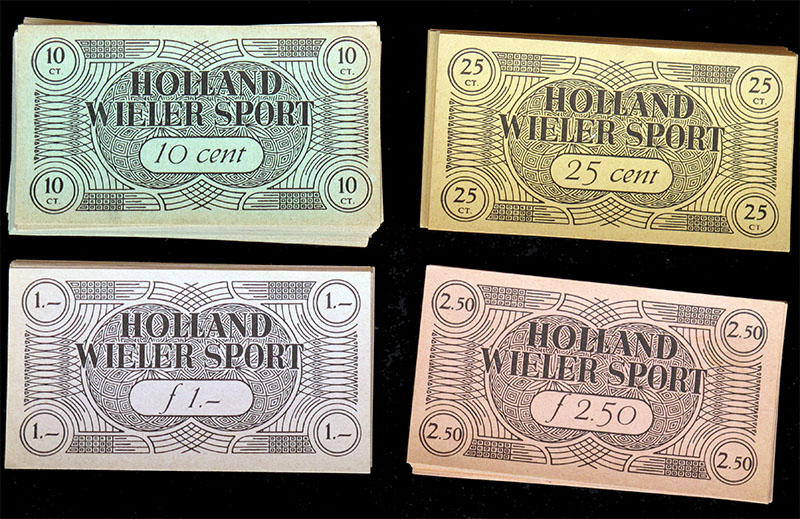 I am not sure either that there are prices to be paid in game money to the winner of the races. I have not seen that in the rules. In the end, the money is just included in the game to pay the fines. 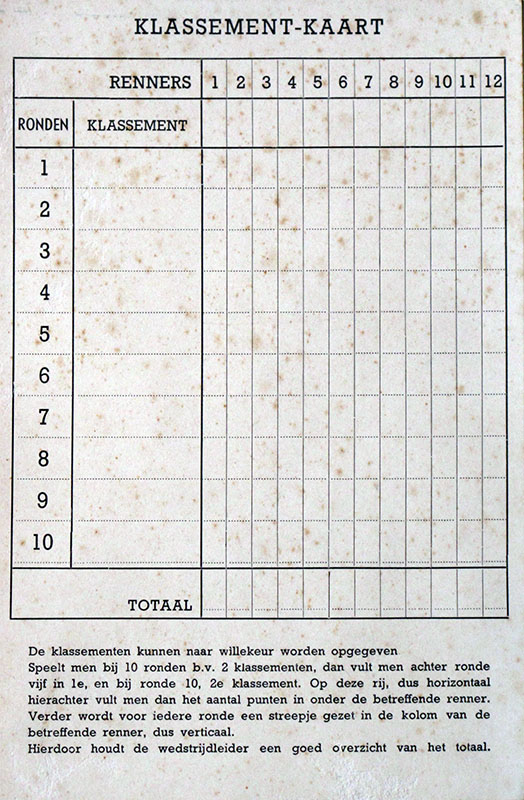 On the other hand, we have a classification sheet to keep the score in the points races (Omnium and Madison) 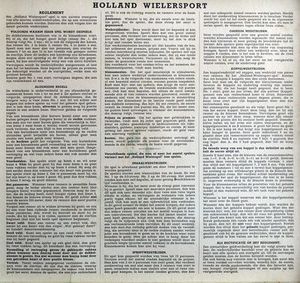 If you prefer to read the rules by yourself, click on the image 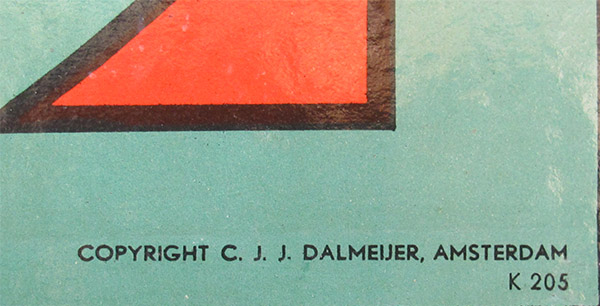 The copyright mention on a corner of the board.
Probably the game can be dated by the K-number, but I am not sure about that.

Thanks to Laisvydas for the tip that allowed me to buy this game.