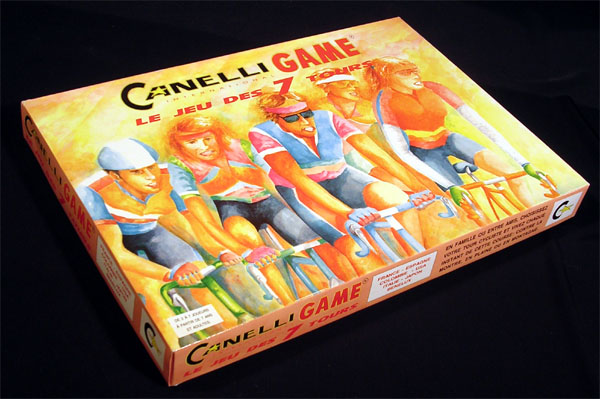 Simple French game which represents stage races. Seven different stage races, in fact, as the name of the game states. For the record, these are the Tours of France, Italy, Spain, Benelux, USA, Colombia and Japan.

Each tour consists of seven (short) stages, the first of which is a prologue (a simple dice throw to decide playing order) and the others can be flat, mountain or time trial. No mountains in the Benelux tour, however.

The game is played with two dice. Whenever a seven is thrown, there is an incident. If the seven is 4+3, the players draws a card which contains seven cycling questions, of which he choses one. If the answer is right, he advances seven fields.

As you can see, the game is based on number 7.

The rules are simple but badly written. It is not clear what is a time trial stage (I would say t is just a shorter stage), and yit is not clear if the mountain stage is played with just one die from the second trow on (which is quite absurd) or every second throw (my interpretation, but probably wrong).

All in all, the game is uninteresting, and quite ugly too. 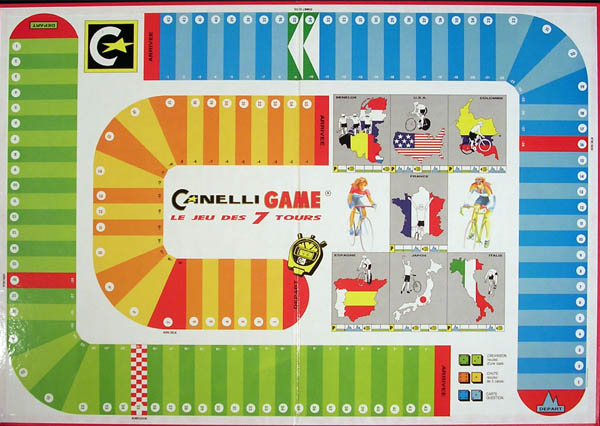 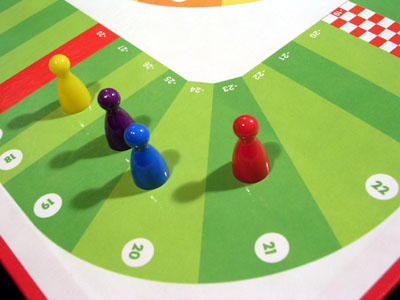 Have I already mentioned that I hate this Trivial-Pursuit-like things? 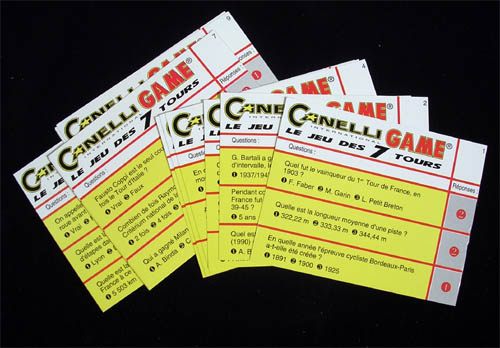 I would have prefered cyclists... 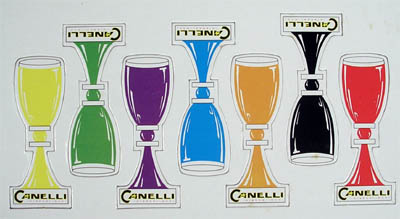