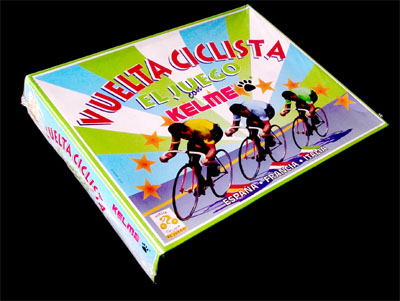 Beautiful Spanish game, endorsed by the Kelme team. The game has three different levels of play, including one in which you manage your team buying riders according to your budget (it's the only cycling board game that I know to include such a thing).

The teams consist of three cyclists (a leader, a climber and a rouleur) and this game has everything a cycling game should have (mainly: mountains, intermediate sprints, drawing from other riders; this one also has falls, punctures, exhaustions... even an antidoping test). Even though the mechanichs of the game are not particularly interesting, it still remains one of my favourites for its completeness and for the beautiful boards. 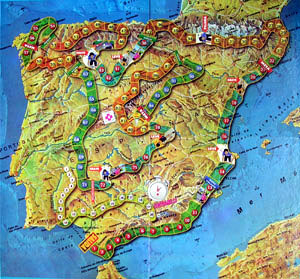 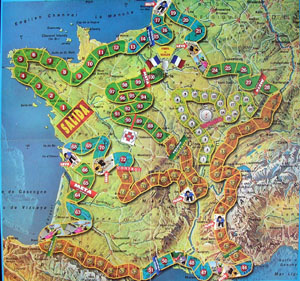 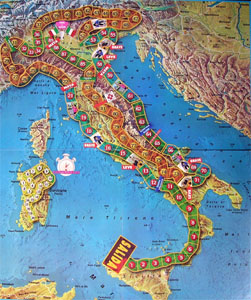 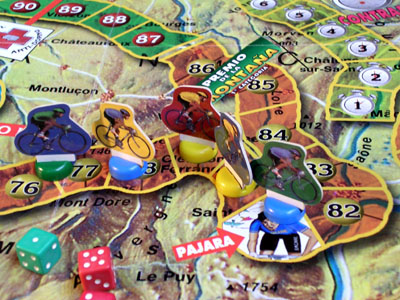 Lots of cards and materials! 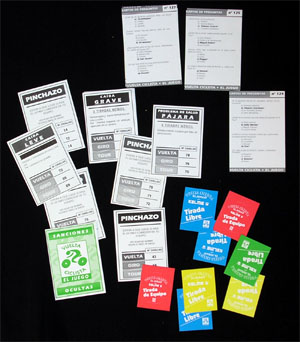 This reissue the game was also endorsed by Miguel Induráin (bottom right) though he never ran for the Kelme team: 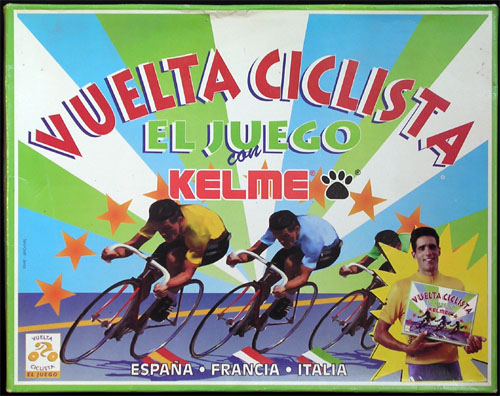