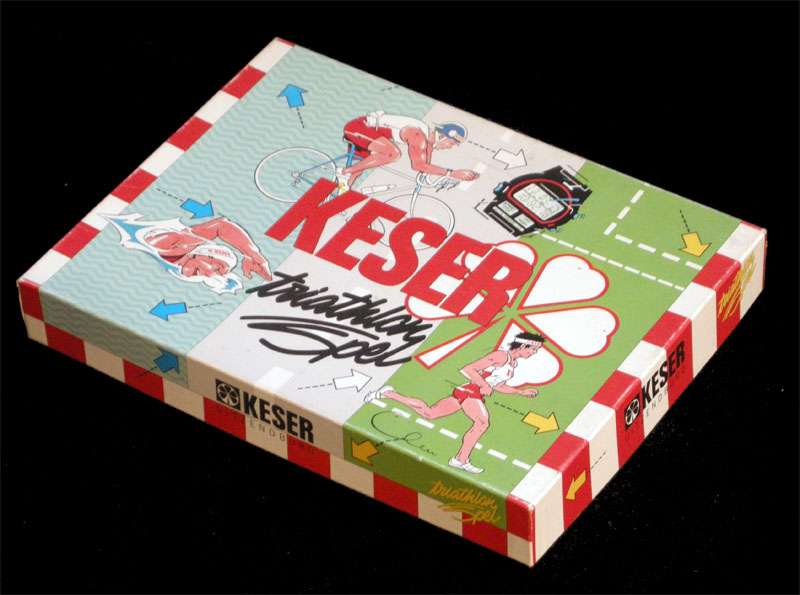 Promotional game for a Dutch chain of department stores. There is also a much simpler Keser cycling game (which is not a boxed game but a tablemat, actually). 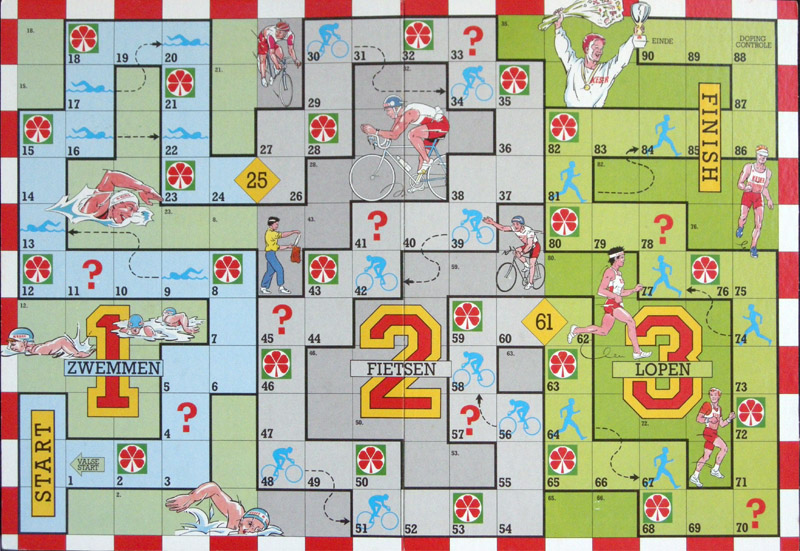 As a curiosity, there is an anti-doping square (nº 88). Players who fall on that square must throw one die. If they throw an even number, the result of the control is positive and the game is lost. 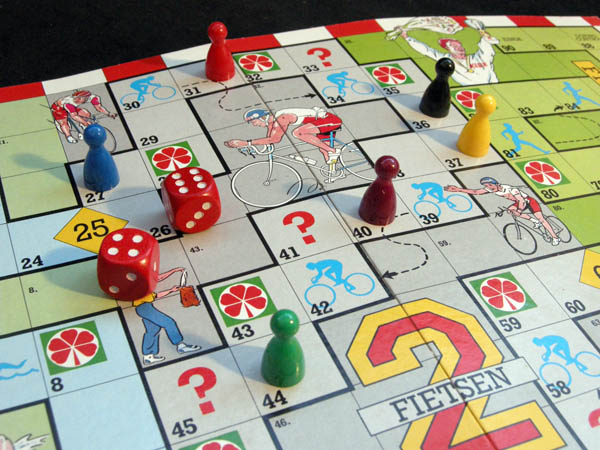 Thanks to Tiny for finding this one.