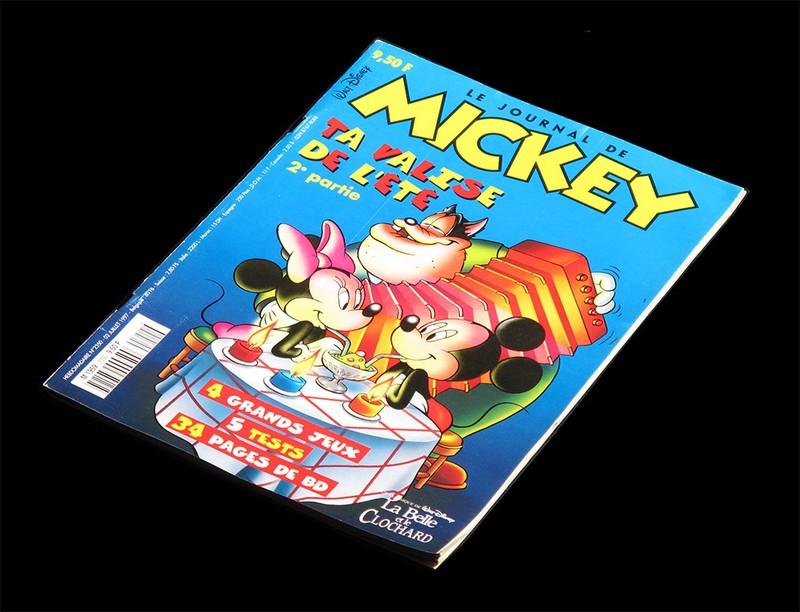 Another game on a French children's magazine. This one was included in the june 1997 issue of Journal de Mickey (number 2350). The magazine, as is usual in summer issues, included some other unrelated gamen. The counters for these games (as well as more games) were included with the previous magazine (number 2349). However, I have seen these counters and they are just cut-up Mickey Mouse characters, with no relation to cycling whatsoever. So I do not bother to look for them (my completism has a limit). 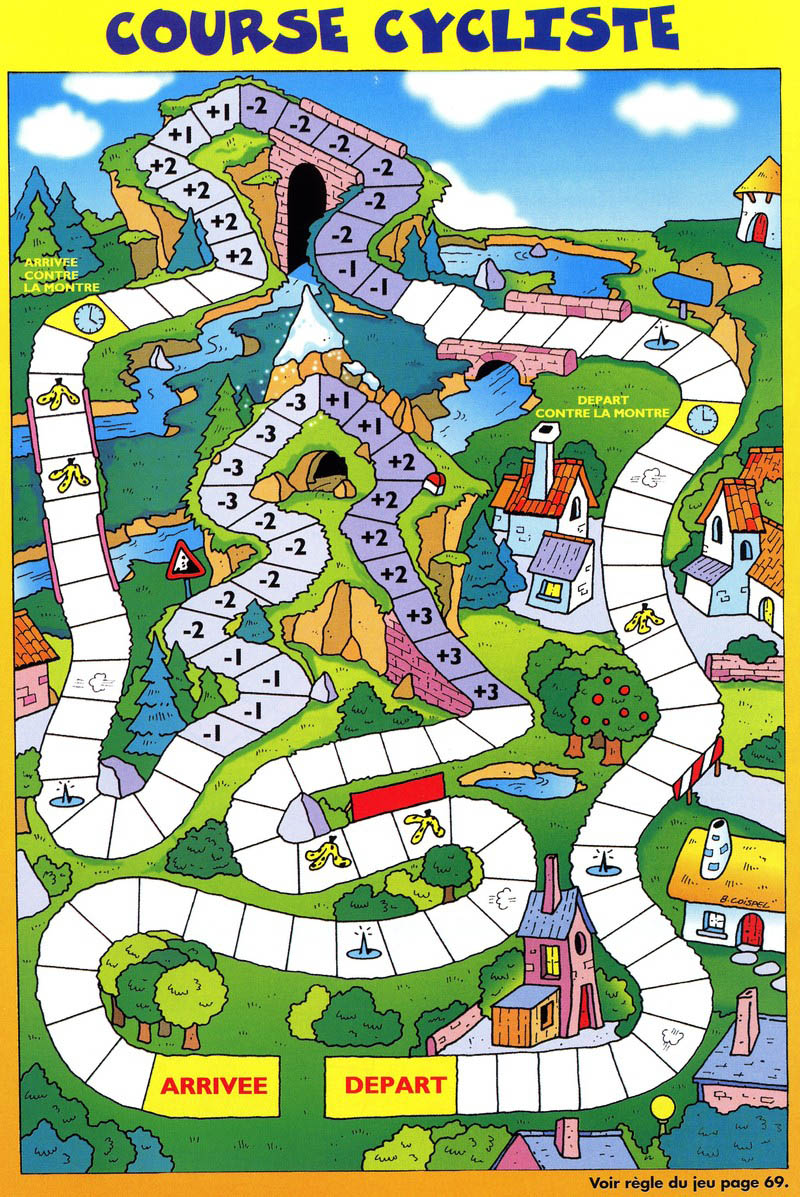 The game represents a two-stage race, the second stage being a time-trial, and includes a rules for the climb and the descent (simple rules, of course). In spite of having a time trial stage, the final standings are not determined by "time" but by points. 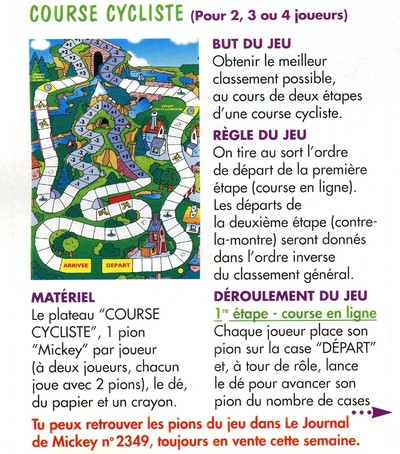 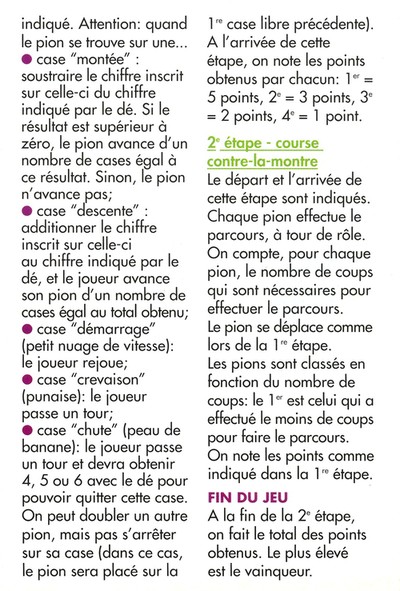 Now, should I consider this game a stage-race game? And then, why not? Two stages, one of them a time-trial, was the lenght of races like my hometown's La Escalada a Montjuic. I always have wanted to make a game about this race and this one, though of course very simple, can be a starting point

Thanks Didier Maria for the tip.