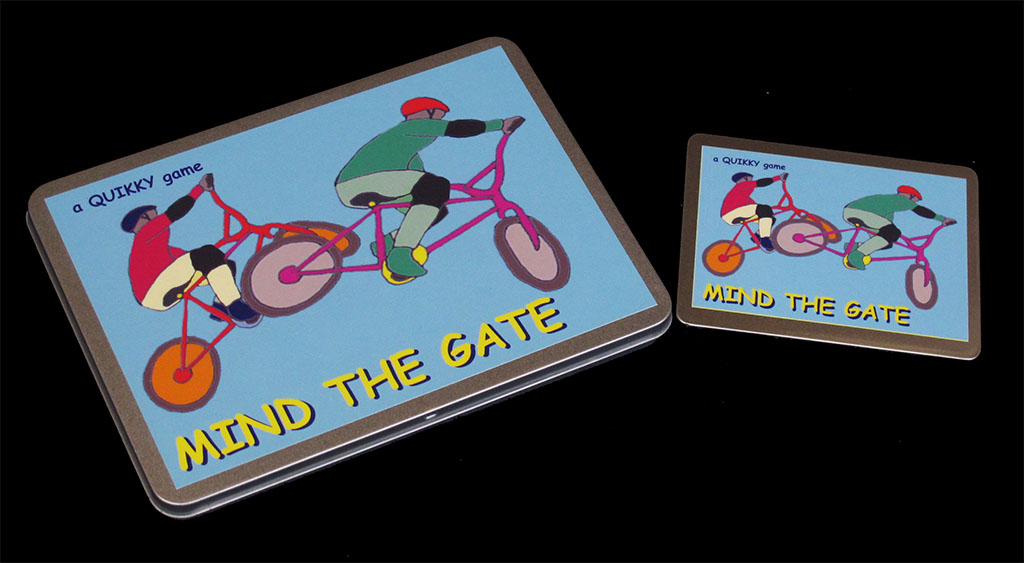 This is the Quikky Games BMX game. There are two editions of the game, named "SLIM" and "POKKET". The rules for the smaller "POKKET" game are a simplified version of the already simple rules for the bigger "SLIM" game. 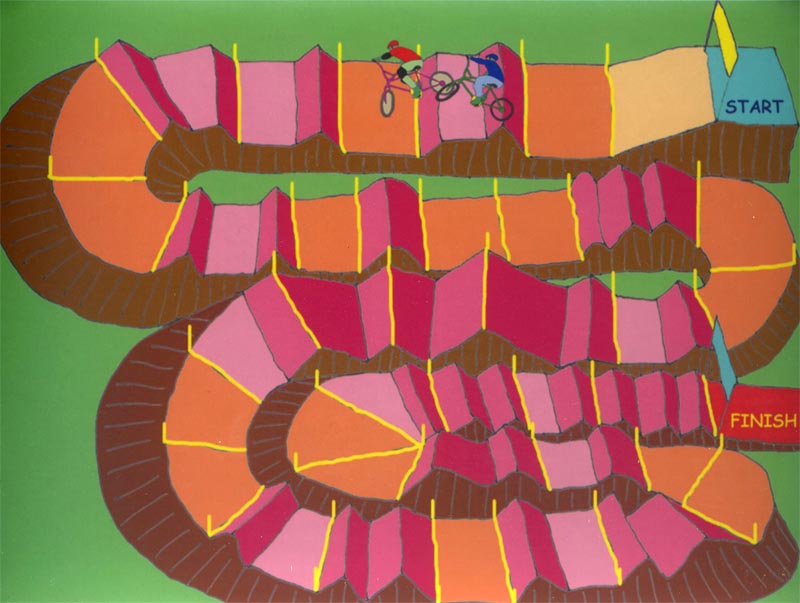 Both versions of the game look quite similar at first sight. However, up to four can play with the SLIM version (while just two with the POKKET version), the track is longer and the rules somewhat (not much, really) more complete. 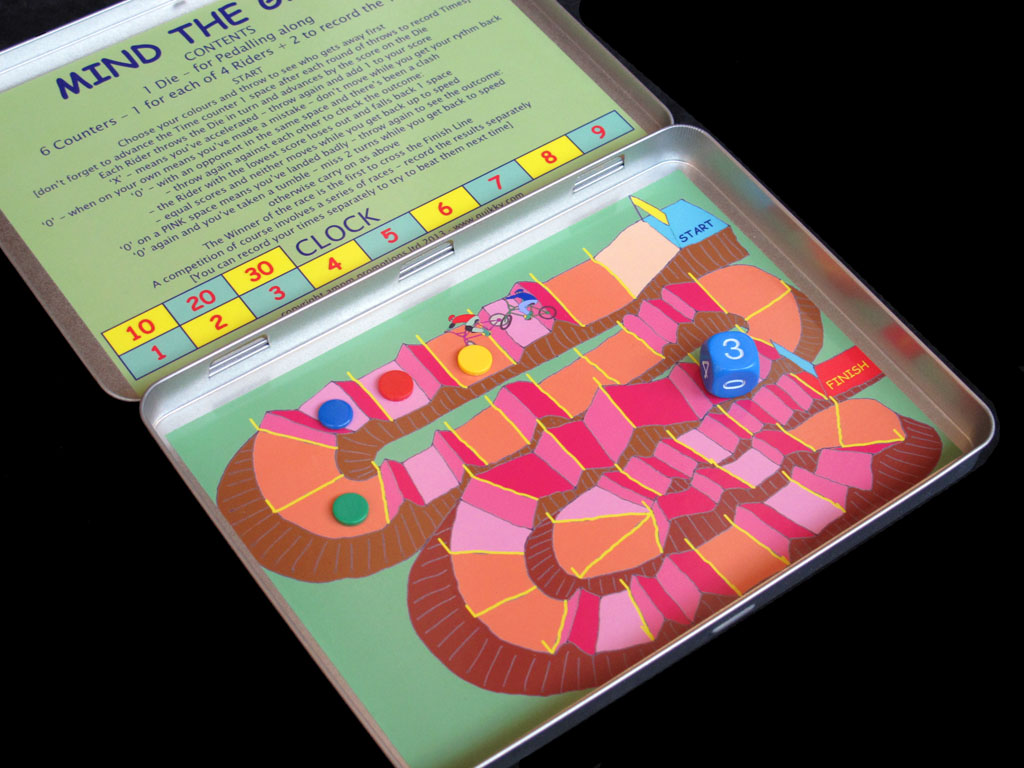 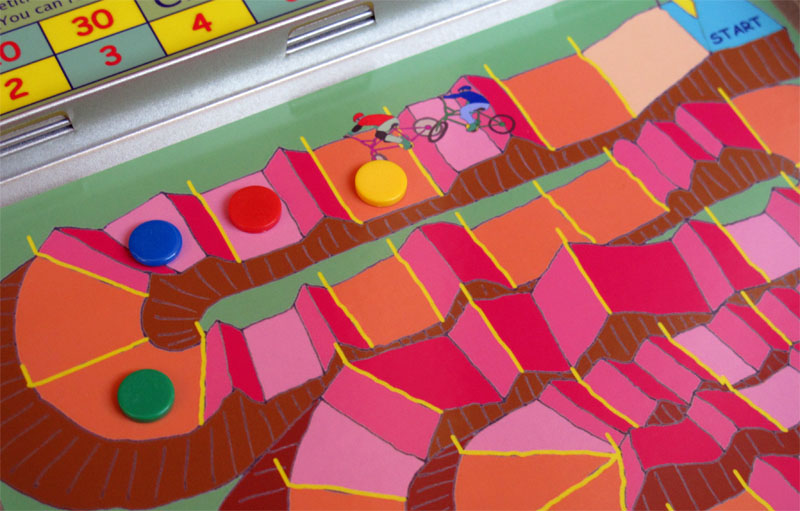